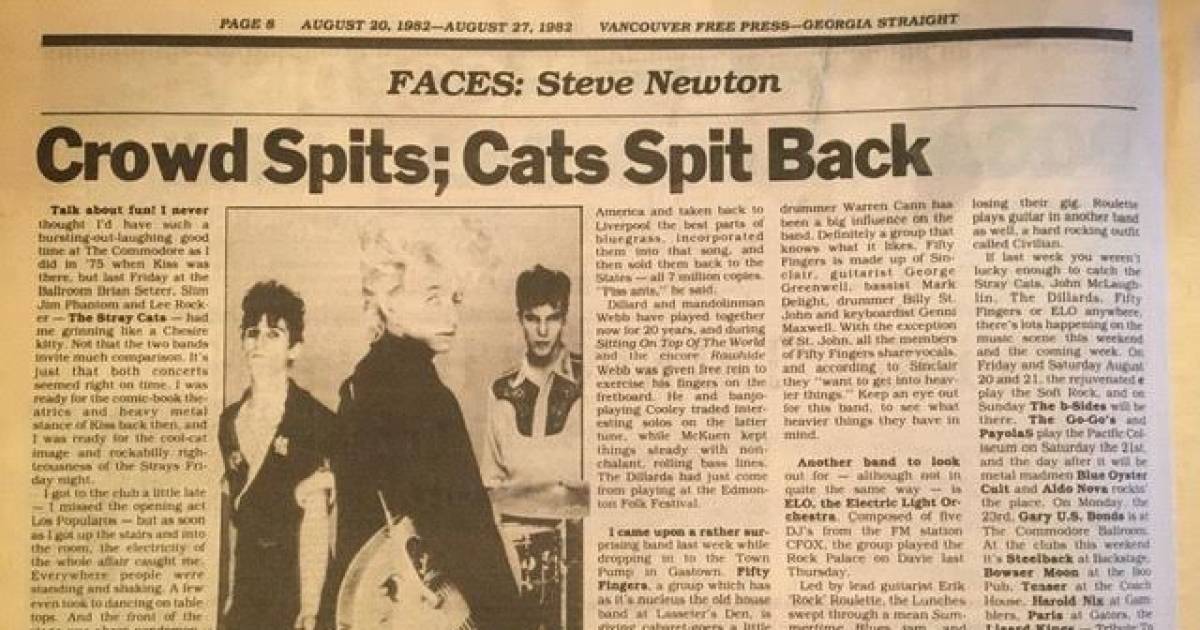 Forty years in the past today–on August 13, 1982–the Stray Cats performed the Commodore Ballroom in Vancouver. That was once twelve months after the American rockabilly trio–guitarist and lead-vocalist Brian Setzer, bassist Lee Rocker, and drummer Slim Jim Phantom–released its self-titled debut album, which boasted such effective Setzer-penned ditties as “Rock This Town” and “Stray … Read more