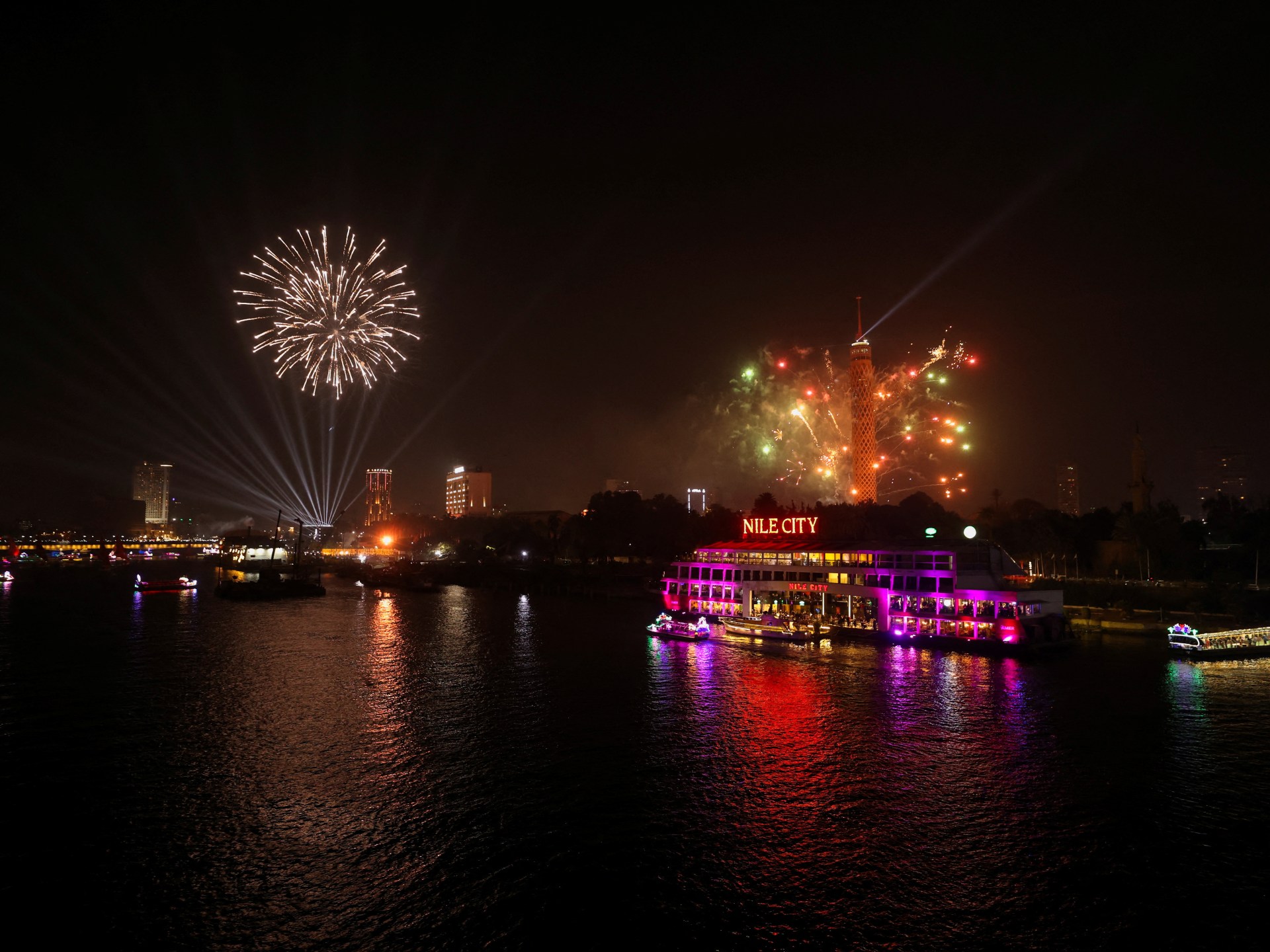 New Year’s celebrations swept across the globe, ushering in 2023 with countdowns and fireworks – and marking an end to a year that brought war in Europe and global worries over inflation.

The new year began in the tiny atoll nation of Kiribati in the Central Pacific, then moved across Russia and New Zealand before heading deeper, time zone by time zone, through Asia, Africa and Europe and into the Americas.

Australia kicked off the celebrations with its first restriction-free New Year’s Eve after two years of COVID disruptions. Sydney welcomed the New Year with a typically dazzling fireworks display, which for the first time featured a rainbow waterfall off the Harbor Bridge.

In China, rigorous COVID-19 restrictions were lifted only in December as the government abruptly reversed its “zero-COVID” policy, a switch that has led to soaring infections and meant some people were in no mood to celebrate.

At midnight, the streets of the Ukrainian capital, Kyiv, were desolate. The only sign of a new year came from local residents shouting from their balconies, “Happy New Year!” and “Glory to Ukraine!”

Only half an hour into 2023, air raid sirens rang across the city, followed by sounds of explosions.

In a video message to mark the New Year, Ukrainian President Volodymyr Zelenskyy, Time Magazine’s 2022 Person of the Year, said: “I want to wish all of us one thing – victory.”

Russian President Vladimir Putin devoted his New Year’s address to rallying the Russian people behind his troops. But festivities in Moscow were muted, without the usual fireworks on Red Square.

“One should not pretend that nothing is happening – our people are dying [in Ukraine],” said 68-year-old Yelena Popova. “A holiday is being celebrated, but there must be limits.”

Many Moscow residents said they hoped for peace in 2023.

Elsewhere in Europe, fireworks exploded over the Parthenon in Athens, the Brandenburg Gate in Berlin, and the Arc de Triomphe in Paris, where crowds gathered on the Champs-Elysees avenue to watch the French capital’s first New Year fireworks since 2019.

But, like many places, the Czech capital, Prague, was feeling the pinch economically and so did not hold a fireworks display.

Big Ben chimed as more than 100,000 revelers gathered along the River Thames to watch a spectacular fireworks show around the London Eye.

The display featured a drone light display of a crown and Queen Elizabeth II’s portrait on a coin hovering in the sky, paying tribute to Britain’s longest-serving monarch who died in September,

Rio de Janeiro’s Copacabana beach welcomed a small crowd of a few thousand for a short fireworks display. Several Brazilian cities canceled celebrations this year due to concerns about the coronavirus.

In New York, rain that was fierce at times did not deter the crowd at a dazzling Saturday night spectacle kicking off celebrations across the United States.

The Times Square party culminated with the descent from One Times Square of a glowing sphere 12 feet (3.6 metres) in diameter and comprised of nearly 2,700 Waterford crystals.

Before the ball dropped, there were heavy thoughts about the past year and the new one to come.

“2023 is about resurgence – resurgence of the world after COVID-19 and after the war in Ukraine. We want it to end,” said Arjun Singh, as he took to the scene at Times Square.

Concerns about the Ukraine war and the economic shocks it has spawned across the globe were felt in Tokyo, where Shigeki Kawamura has seen better times but said he needed a free, hot meal this New Year’s.

“I hope the war will be over in Ukraine so prices will stabilize,” he said.