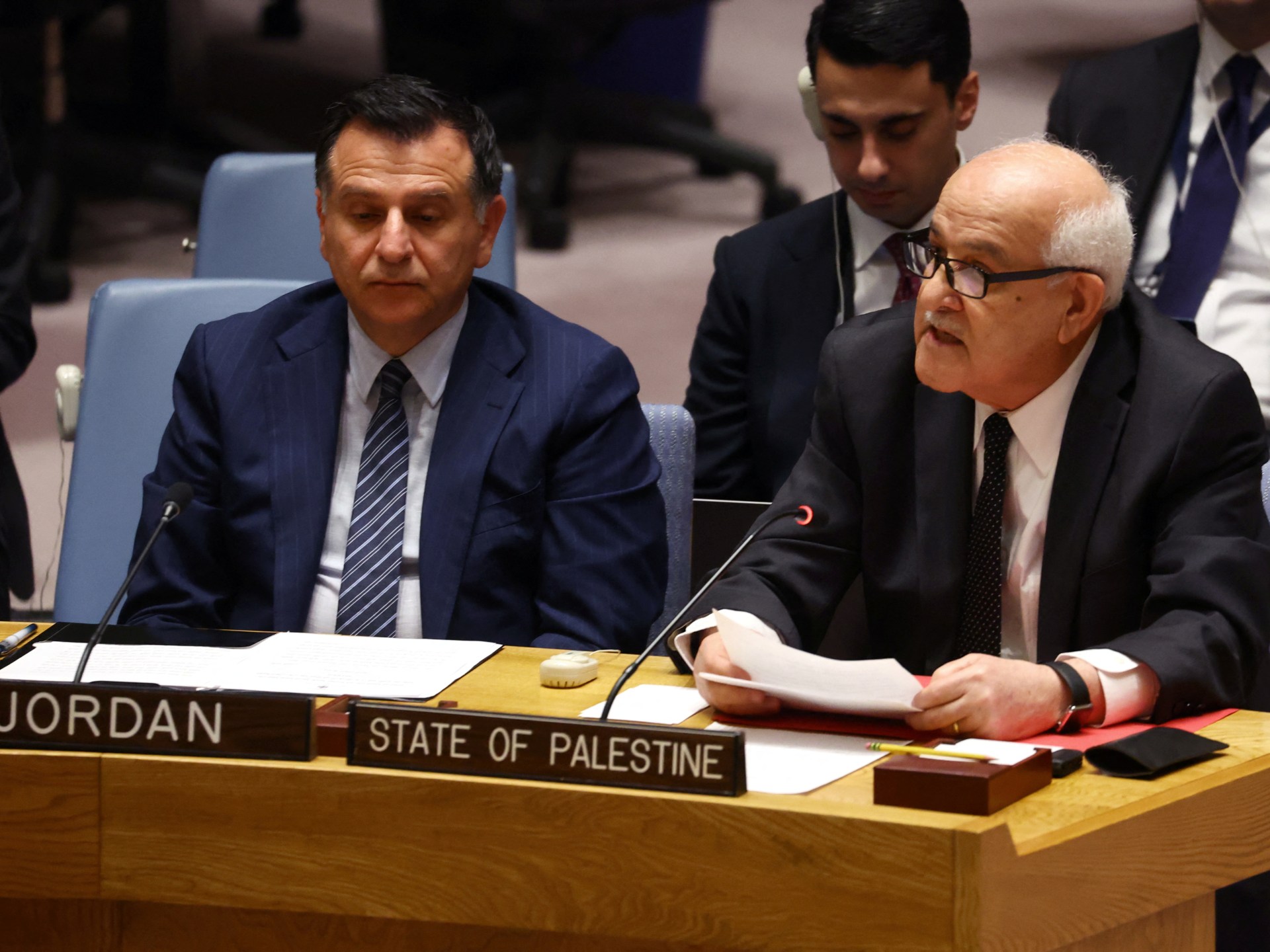 United Nation’s Security Council members voiced concern and stressed the need to maintain the status quo at the Al Aqsa Mosque compound in Jerusalem, but did not commit to any action days after Israel’s new far-right security minister Itamar Ben-Gvir made a controversial visit to the sitewhich Palestinian leaders called “an unprecedented provocation”.

The decades-old status quo at the Al Aqsa Mosque compound allows only Muslim worship at the site, which is Islam’s third-holiest after Mecca and Medina.

But the site is also revered by Jews, who call it the Temple Mount. Israel’s far-right groups have long attempted to change the status quo and allow Jewish prayer at the site. Calls have also been made by the far right for a Jewish temple to be built in place of the Al-Aqsa Mosque.

Palestinian UN envoy Riyad Mansour pushed for the Security Council on Thursday to take action against Israel over Ben-Gvir’s provocative actions. Israel’s new security minister is well known for racist incitement against Arabs, opposition to Palestinian statehood, and for leading raids by settlers into the Al Aqsa Mosque compound and the Sheikh Jarrah neighborhood in occupied East Jerusalem.

“What red line does Israel need to cross for the Security Council to finally say, enough is enough?” Mansour asked the 15-member council, accusing Israel of showing “absolute contempt”.

Al Jazeera’s Diplomatic Editor James Bays, reporting from UN headquarters in New York, said Security Council members had expressed concern about the situation at the Al Aqsa compound and the dangers of escalation “but their words were measured and limited, with little direct criticism of Israel “.

The Palestinian ambassador, Bays said, expressed his dismay that the council was taking no action and warned the council that the The situation could turn into an uprising.

“All 15 members of the Security Council restated, as they always do, their commitment to a two-state solution. However, in recent days, the Israeli Prime Minister Benjamin Netanyahu has said his new government supports continued settlement across Palestinian land, further undermining that internationally-desired outcome,” Bays said.

A senior UN political affairs official, Khaled Khiari, told the council meeting that it was the first visit to the site by an Israeli cabinet minister since 2017.

“While the visit was not accompanied or followed by violence, it is seen as particularly inflammatory given Mr Ben-Gvir’s past advocacy for changes to the status quo,” he said.

Ben-Gvir once called for ending the ban on Jewish prayer at the site but he has been non-committal on the issue since aligning with Netanyahu. Other members of Ben-Gvir’s Jewish Power party still advocate such a move.

Israel’s ambassador to the UN slammed the Security Council meeting as “pathetic” and “absurd”.

Ahead of the session, the Israeli representative, Gilad Erdan. told reporters there was “absolutely no reason” for the meeting to be held.

“To hold a Security Council session on a non-event is truly absurd,” he said.

Erdan said Ben-Gvir’s visit was “in line with the status quo and whoever claims otherwise is only inflaming the situation”.

“To claim that this brief and completely legitimate visit should lead to an emergency Security Council session is pathetic,” he said.

Egypt, Jordan and the United Arab Emirates, which have peace treaties with Israel, condemned what they called Ben-Gvir’s “storming” of Al-Aqsa.

Amman summoned the Israeli ambassador and said the visit had violated international law and “the historic and legal status quo in Jerusalem”.

Saudi Arabia, with which Netanyahu wants to forge a peace deal, also criticized Ben-Gvir. Turkey, which has recently ended a long-running diplomatic rift with Israel, also condemned the visit as “provocative”.

The United States, which is committed to a two-state solution to the conflict between Israel and the Palestinians, said it was “concerned by any unilateral acts that exacerbate tensions or undermine the viability of a two-state solution”, the US’s deputy UN The ambassador, Robert Wood, told the council on Thursday.

“We note that Prime Minister Netanyahu’s governing platform calls for preservation of the status quo with regard to the holy places. We expect the government of Israel to follow through on that commitment,” Wood said.

The UN Security Council has adopted several resolutions on the Israeli-Palestinian conflict over the years and supports the two-state solution to peace in the Middle East.