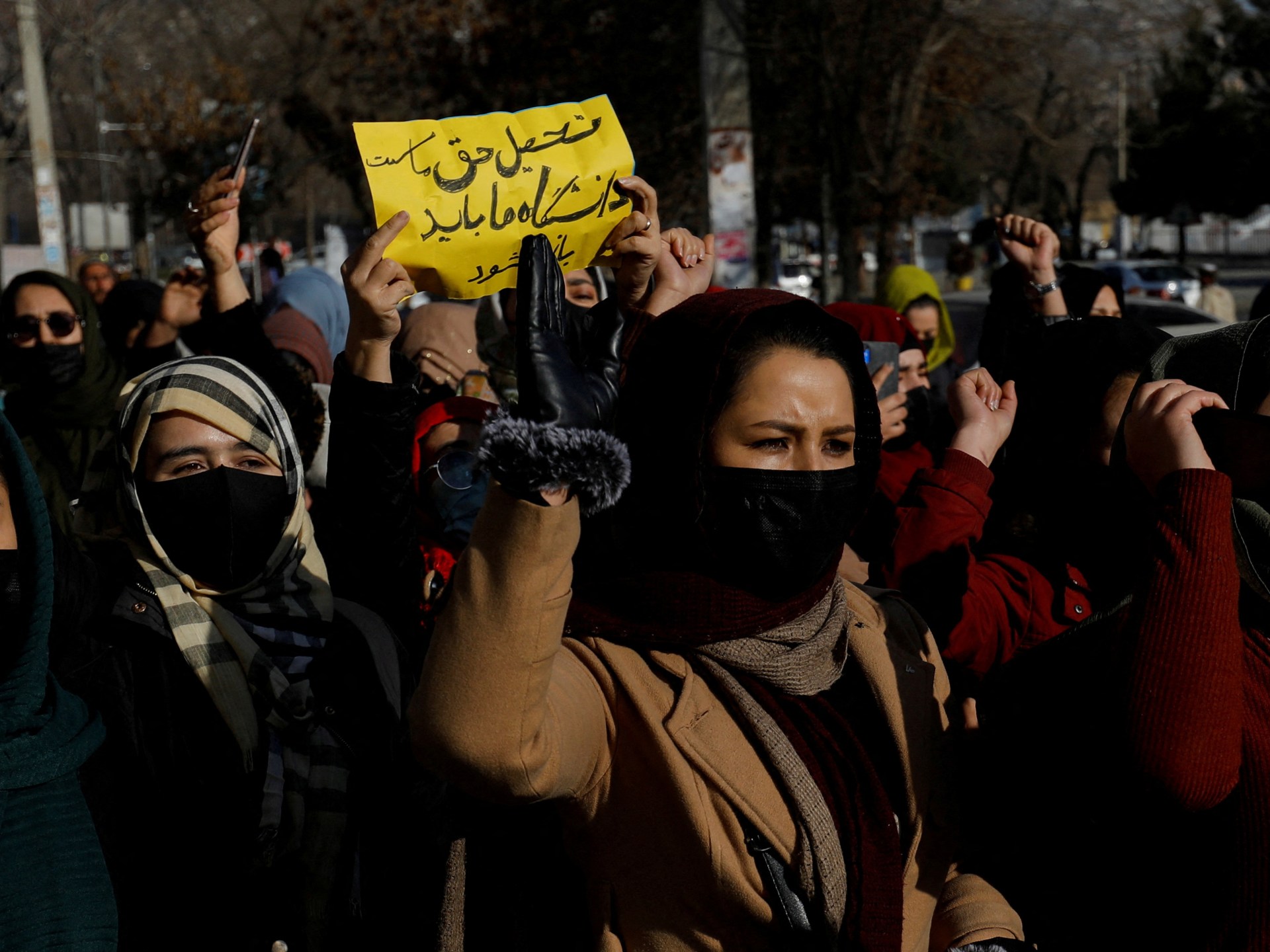 The UN Security Council on Tuesday called for the full, equal and meaningful participation of women and girls in Afghanistan, denouncing a banned by the Taliban-led administration on women attending universities or working for humanitarian aid groups.

In a statement agreed by consensus, the 15-member council said the ban on women and girls attending high school and universities in Afghanistan “represents an increasing erosion for the respect of human rights and fundamental freedoms.”

The council added that the ban “would have a significant and immediate impact for humanitarian operations in the country”, including those of the United Nations.

On Saturday, Afghanistan’s rulers banned women from working in non-governmental organizations, saying the move was justified because some of the workers had not adhered to their interpretation of the Islamic dress code.

The Taliban had already suspended university education for women and secondary schooling for girls.

It also restricted women from most fields of employmentordered them to wear head-to-toe clothing in publicand banned them from parks and gyms,

The international community has made respecting women’s rights a sticking point in negotiations with the Taliban government for its recognition and the restoration of aid.

“These restrictions contradict the commitments made by the Taliban to the Afghan people as well as the expectations of the international community,” said the Security Council, which also expressed its full support for the UN political mission in Afghanistan, known as UNAMA.

UNAMA has also urged the Taliban administration to reverse the ban that charities fear will worsen winter hardships.

The directives barring women from working at NGOs came from Hanif’s ministry. The orders do not apply directly to the United Nations, but many of its programs are carried out by NGOs subject to the order.

The NGOs said they are unable to run their programs without female staff. More than half the population relies on humanitarian aid, according to aid agencies. Basic aid becomes more critical during the mountainous nation’s harsh winter.

NGOs are also a critical source of employment for tens of thousands of Afghans, particularly women, as the local economy has collapsed following the withdrawal of US-led foreign forces and the subsequent Taliban takeover last year.