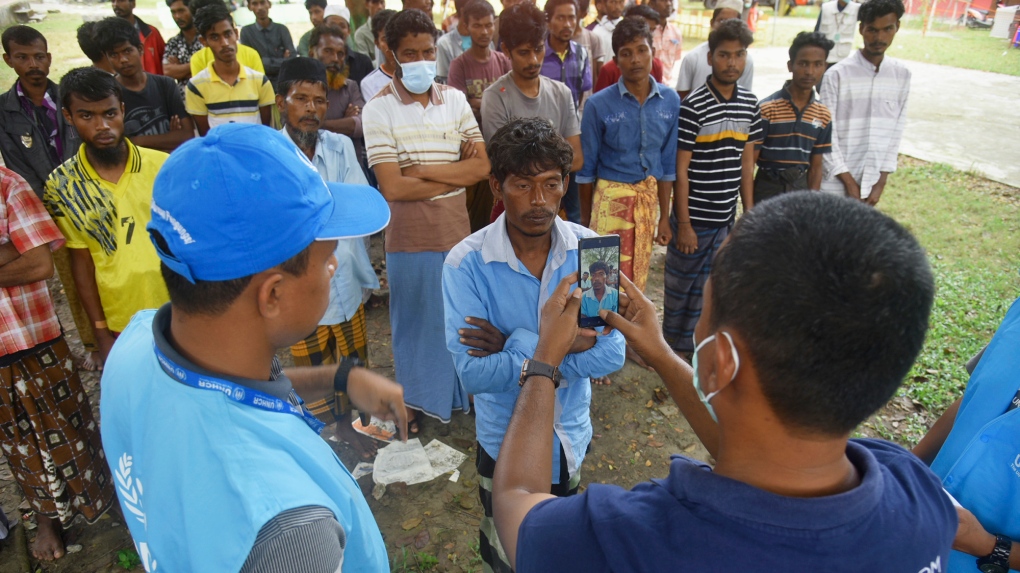 At least 26 Rohingya Muslims had died in dire conditions during a month on the open sea while making a dangerous voyage that brought scores of others to safety in Indonesia, a UN agency said Tuesday, adding there would likely be more.

Exhausted women and children were among 185 people who disembarked from a rickety wooden boat on Monday in a coastal village in Aceh’s Pidie district, authorities said. A distressing video circulated widely on social media showed the Rohingya worn out and emaciated, with many crying for help.

“They are very weak because of dehydration and exhaustion after weeks at sea,” said local police chief Fauzi, who goes by a single name.

The UN High Commissioner for Refugees said that survivors told the agency that 26 people died during the long journey.

One of the refugees, who identified himself as Rosyid, told The Associated Press that they left the refugee camp in Bangladesh at the end of November and drifted on the open sea. He said at least “20 of us died aboard due to high waves and sick, and their bodies were thrown into the sea.”

According to UNHCR, more than 2,000 people are reported to have taken risky sea voyages in the Andaman Sea and the Bay of Bengal this year, and nearly 200 have reportedly died.

UNHCR has also received unconfirmed reports of one additional boat with some 180 people still missing, with all passengers presumed dead.

“In the absence of an immediate, resourceful, and coordinated response by regional governments to help Rohingya refugees still aboard imperiled vessels, lives may be lost,” Amnesty International Indonesia Executive Director Usman Hamid said in a statement. “This is unacceptable.”

Chris Lewa, the director of the Arakan Project, which works in support of Myanmar’s Rohingya, said the latest arrivals were among five groups of Rohingya who had left refugee camps in Cox’s Bazar district in Bangladesh by smaller boats to avoid detection by local coast guards before they were transferred onto five larger boats for their respective journeys.

More than one million Rohingya refugees have fled to Bangladesh from Myanmar over several decades, including about 740,000 who crossed the border starting in August 2017, when the Myanmar military launched a brutal crackdown.

Myanmar’s security forces were accused of mass rapes, killings and torching thousands of homes, and international courts are reviewing charges of genocide against them.

“This year could be one of the deadliest in recent memory for Rohingya people making the dangerous journey by sea. They continue to risk it all because of harsh conditions in refugee camps in Bangladesh, where security and other living conditions have deteriorated, and the ever -worsening situation at home in Myanmar, which has been under military rule since a coup almost two years ago,” Amnesty International’s Usman said.

Malaysia has been a common destination for many of the refugees arriving by boat, but they have also been detained in the country. Engine troubles make others seek safety in Aceh province in Indonesia, on the way to Malaysia.

UNHCR praised authorities and Indonesia’s local community who brought ashore more than 200 desperate Rohingya, many of whom were in need of urgent medical attention.

Indonesian fishermen and local authorities rescued and disembarked two groups, 58 on Sunday and 174 on Monday, said Ann Maymann, the UNHCR representative in Indonesia, “We welcome this act of humanity by local communities and authorities in Indonesia.”