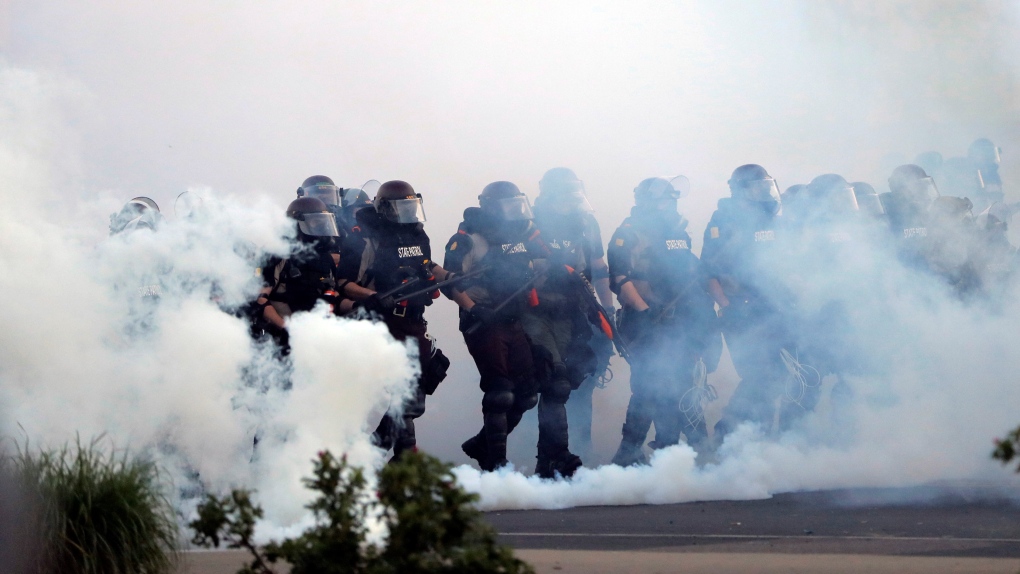 Justin Stetson, 34, faces one felony count of third-degree assault in connection with the May 30, 2020, beating of Jaleel Stallings. He would face up to five years in prison if convicted.

It wasn’t immediately clear whether Stetson has an attorney. A Minneapolis city attorney who represented him and other officers in a federal lawsuit Stallings filed against them didn’t immediately respond to an email asking if she knew if Stetson has a criminal defense attorney.

According to the criminal complaint, Stetson was among a group of officers enforcing a city-wide curfew that night when his group spotted four people in a parking lot. One of them was Stallings.

The officers opened fire on the group with rubber bullets. One hit Stallings in the chest, causing him severe pain, according to the complaint. Stallings fired three live rounds at the officers’ unmarked van but didn’t hurt anyone.

He argued that he thought civilians had attacked him, and he fired in self-defense. He was acquitted in September 2021 of a second-degree attempted murder charge related to that shooting.

The officers rushed the civilians. When Stallings realized they were police, he dropped his gun and lay on the ground. Stetson then kicked him in the face and in the head, according to the complaint. He also punched Stallings multiple times and slammed his head into the pavement, the complaint said.

Stetson went on hitting him even after he had obeyed Stetson’s command to place his hands behind his back. A sergeant finally told Stetson to stop.

Stallings suffered a fracture of his eye bone.

Ian Adams, a former law enforcement officer who is now a criminology professor at the University of South Carolina, reviewed the case and concluded that Stetson’s use of force was unreasonable and excessive and “violated the most basic norms of policing,” the complaint said.

The complaint noted that Stetson had been a Minneapolis police officer since at least 2011 and had received about 1,200 hours of training, including training on how to de-escalate situations.

The city of Minneapolis paid Stallings US$1.5 million this past May to settle his federal lawsuit. He alleged Stetson and other officers violated his constitutional rights.