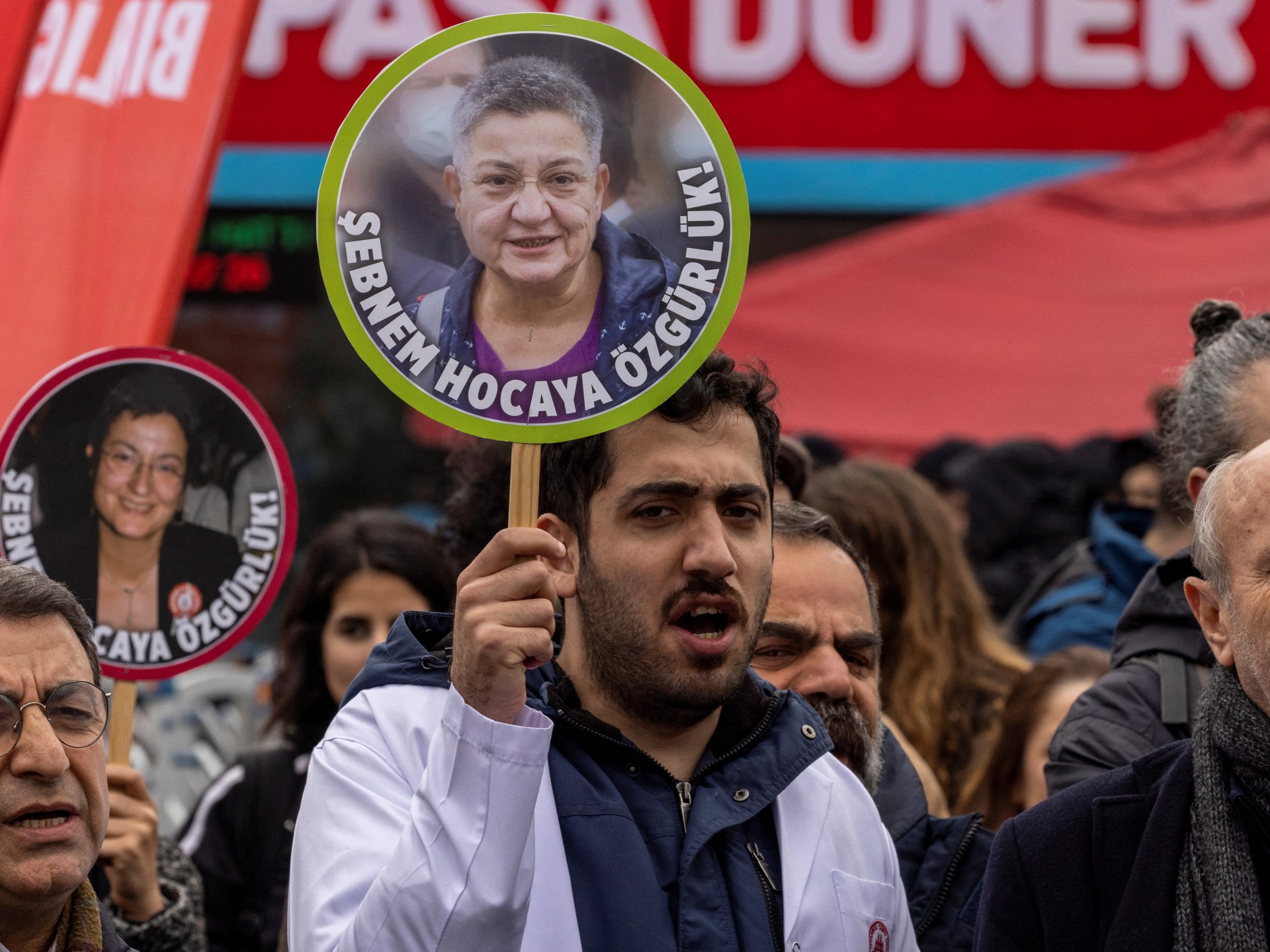 A court has convicted the president of the Turkish Medical Association of disseminating “terror organization propaganda” following a trial that human rights groups have denounced as an attempt to silence government critics.

The court in Istanbul on Wednesday sentenced Sebnem Korur Fincanci to nearly three years in prison but also ordered her released from pre-trial detention while she appeals the verdict.

Fincanci, 63, was arrested in October and charged with engaging in propaganda on behalf of the banned Kurdistan Workers’ Party (PKK). The arrest followed a media interview in which she called for an independent investigation into allegations that the Turkish military used chemical weapons against Kurdish fighters in northern Iraq.

The PKK alleged that 17 of its fighters had died last year in Turkish chemical weapons attacks in the mountains of northern Iraq.

Fincanci is the latest activist to be convicted under Turkey’s broad “anti-terrorism” laws. The forensic expert has spent much of her career documenting torture and ill-treatment and has served as president of the Human Rights Foundation of Turkey.

During her trial, Fincanci rejected accusations that she engaged in propaganda during the interview, arguing that she gave a professional opinion.

The charges stemmed from an interview she gave to the pro-Kurdish Medya Haber TV outlet in which she commented on a video purporting to show the use of chemical weapons. She suggested that a toxic gas may have been released but also called for an “effective investigation”.

Fincanci told the court on Wednesday that it did not expect a fair trial. She cited a Turkish poll showing that “one out of every two people believes that people are in prison based on what they think”.

“In this country, killing people is not enough to keep people in prison, but giving your scientific opinion causes people to go to prison,” the Media and Law Studies Association, a court-monitoring group, quoted her as saying.

Turkish officials have denied allegations that the country has used chemical weapons, insisting that its military does not have such weapons.

The PKK has led an armed uprising against the Turkish state since 1984. The group is considered a “terrorist organization” by Turkey, the European Union and the United States.

Fincanci’s comments have caused a backlash. President Recep Tayyip Erdogan accused her of slandering Turkey’s armed forces and of insulting her country “by speaking the language of the terrorist organization”.

He said he would introduce measures to clear the Turkish Medical Association and other professional organizations of “supporters of the terrorist organization”. In October, the justice minister said his ministry was working on new regulations.

Devlet Bahceli, the leader of a far-right nationalist party that is allied with Erdogan’s ruling party, went further and demanded that Fincanci be stripped of her Turkish citizenship and the association shut down.

The association, which has about 110,000 members across Turkey, had drawn the ire of government officials for questioning government data and criticizing some measures imposed during the COVID-19 pandemic.

The courtroom was packed on Wednesday, and an EU delegation, human rights groups and Fincanci supporters observed the trial.

Ahead of the hearing, Ole Johan Bakke of the Standing Committee of European Doctors said the group was “deeply concerned about the continuous harassment of the Turkish Medical Association from the Turkish government and authorities”.

The World Medical Association has described the case against Fincanci as “unfounded, illegal and unacceptable” and had called for its immediate acquittal.

The Istanbul court sentenced Fincanci to two years, eight months and 15 days in prison. She is expected to appeal the verdict.