Traveling to Mexico? One expert’s advice for Canadians heading abroad 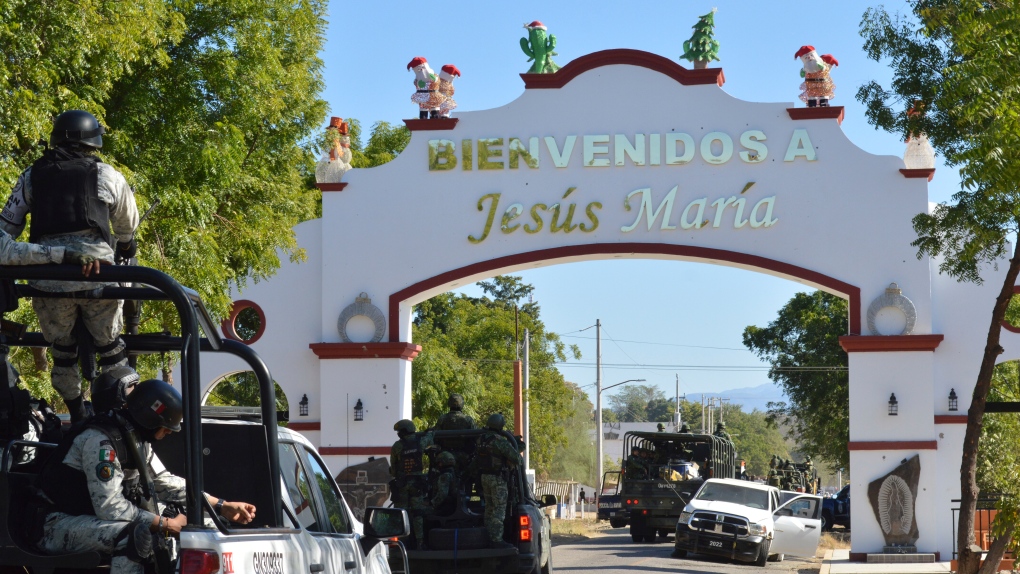 But traveling anywhere can come with safety risks, as Canadians in the Mexican state of Sinaloa experienced last week following the Jan. 5 arrest of alleged drug trafficker Ovidio Guzman. Guzman is a son of former cartel boss Joaquin Guzman, also known as El Chapo. His capture resulted in explosions of violence in cities across the state, led by members of the Sinaloa cartel.

As a result of the violence in Sinaloa, the Canadian government has issued an advisory warning travelers to avoid non-essential travel to several states in northern, western and central Mexico and to exercise a “high degree of caution” in other parts of the country. .

Advisories urging Canadian visitors to use caution are also in place for countries including Jamaica Brazil Peruvian El Salvador, Germany the united kingdom and others.

Preddie said travelers should keep in mind there’s always a risk they will encounter violence while abroad, no matter where in the world they are.

“When it comes to violence in different countries, we’re going to see it in Mexico, all across the Caribbean,” she told CTV’s Your Morning on Monday. “Anywhere that you’re going, there’s always going to be some level of violence.”

She added that travelers who understand the risks associated with the destinations they’re headed to can be better prepared to use common sense and make safe choices while abroad.

“Have your wits about you,” she said. “You want to make good decisions, no matter where you’re going, for your personal safety and the safety of those that you’re with.”

Preddie said travelers should always share their plans and whereabouts with someone at home, both before and during a trip. Canadians can even notify the federal government of their travel plans for free by registering at travel.gc.ca/travelling/registration,

“That way, if there are any evacuations or anything like that the government knows where you are, and can help you get out,” she said.

The service also ensures travelers receive important information from the Government of Canada before or during a natural disaster or civil unrest.

‘MAKE GOOD DECISIONS’ TO ENJOY YOURSELF

Preddie pointed out that some Mexican destinations, including Cancun and Tulum, are excluded from the current travel advisory.

“Those areas which are very popular with Canadians right now have not been affected at all,” she said. “And all over the Caribbean, all of these warm spots are good.”

Unless the federal government advises against traveling to a destination, Preddie said Canadians with their sights set on a vacation abroad should go for it, taking the appropriate precautions.

“There is going to be some level of risk anytime you leave your home,” she said. “So enjoy the sunshine. Just make good decisions.”

Among the Canadian tourists in Sinaloa when violence broke out last week were journalist and former Manitoba Keewatinowi Okimakanak grand chief Sheila North, her two adult children and her two-year-old grandson.

Safely back in Canada on Monday, North told CTV’s Your Morning she was on a catamaran excursion with her family when they first noticed smoke rising from the city of Mazatlan.

“It was a beautiful day and we were all set for this excursion. Nothing unusual was going on…everyone was happy and talking,” she said. “But as you got further into the water towards this island we were heading to, there were big black plumes of smoke on one end of the city, and then on the other side, there was another one.”

North said staff on the boat didn’t seem to know what was happening in the city. However, she began to understand as friends and family back home who were aware of her travel plans sent her updates via email and text message. Back on land after the excursion, she said the hotel was busier than ever.

“People (were) sleeping in the lobby, sleeping outside…and definitely, the mood was very tense that evening,” she said.

North and her family were able to fly home to Winnipeg on Saturday – a day later than they had originally planned – and while she’s glad they took the trip, she said she’s happy to be home, safe.