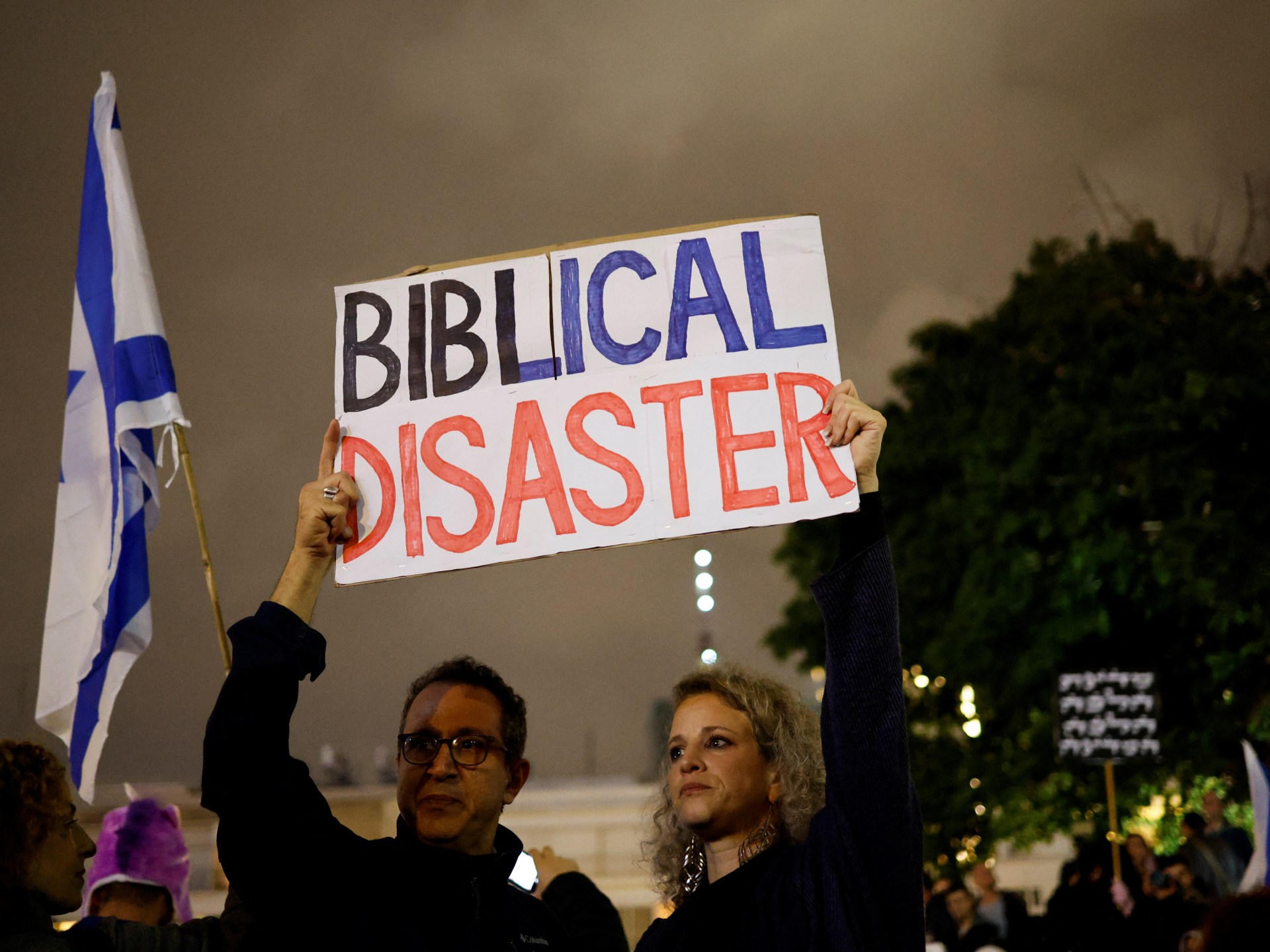 Thousands of Israelis have taken to the streets to protest plans by Prime Minister Benjamin Netanyahu‘s new government that they say threatens democracy and freedoms.

The protesters gathered in the city of Tel Aviv on Saturday, days after the most right-wing and religiously conservative government in the country’s 74-year history was sworn in. It plans sweeping reforms, from expanding illegal settlements in the occupied West Bank to weakening the power of the judiciary.

Protesters brandished signs with slogans including “Democracy in danger” and “Together against fascism and apartheid”.

The protest was led by left-wing and Palestinian members of the Israeli parliament, the Knesset.

They slammed Justice Minister Yariv Levin, who on Wednesday unveiled the government’s long-promised overhaul of the judicial system that aims to weaken the country’s Supreme Court,

“We are going to a dictatorship just for reasons of one person.”

Critics accused the government of declaring war on the legal system, saying the plan would upend Israel’s system of checks and balances and undermine its democratic institutions by giving absolute power to the new governing coalition.

“We are really afraid that our country is going to lose the democracy and we are going to a dictatorship just for reasons of one person who wants to get rid of his law trial,” said Danny Simon, 77, a protester from Yavne, south of Tel Aviv.

He was referring to Netanyahu who was indicted on corruption charges in 2021, allegations the prime minister has denied.

Netanyahu, 73, has already served as prime minister longer than anyone in Israeli history, leading the country from 1996 to 1999 and from 2009 to 2021. His new government includes a politician who late last year admitted to tax evasion as well as several far-right personalitiessuch as one who once kept a portrait in his home of a man who massacred dozens of Palestinian worshippers.

Protesters on Saturday also called for peace and coexistence between Jews and Palestinian residents of the country.

“We can see right now many laws being advocated for against LGBTQ, against Palestinians, against larger minorities in Israel,” said Rula Dawood of Standing Together, a grassroots movement of Palestinians and Jews.

“We are here to say loud and clear that all of us, Arabs and Jews and various different communities inside Israel, demand peace, equality and justice.”

“As the former president of the supreme court, Aharon Barak said yesterday in a very rare interview, this is a very shallow, or formal democracy; this is a kind of Hungarian or Polish democracy that is now challenged in the European court in the EU.

“I know that teachers and professors are considering a full strike. [to protest]… this is something that unites the 1948 Palestinians and Israeli Jews; we have something in common now, you could see that in yesterday’s demonstration,” Eldar said.

“I think that the government went a little too far. We will probably hear from the international community after what they did on Friday, punishing Palestinians by collective punishment… because – they used what this government is calling, this sounds ridiculous – they call it diplomatic terror.

“Taking Israel to the UN to the Security Council is considered something that requires collective punishment. I think they are rocking the boat a little too much.