Teacher shot by 6-year-old with gun in US classroom: Police 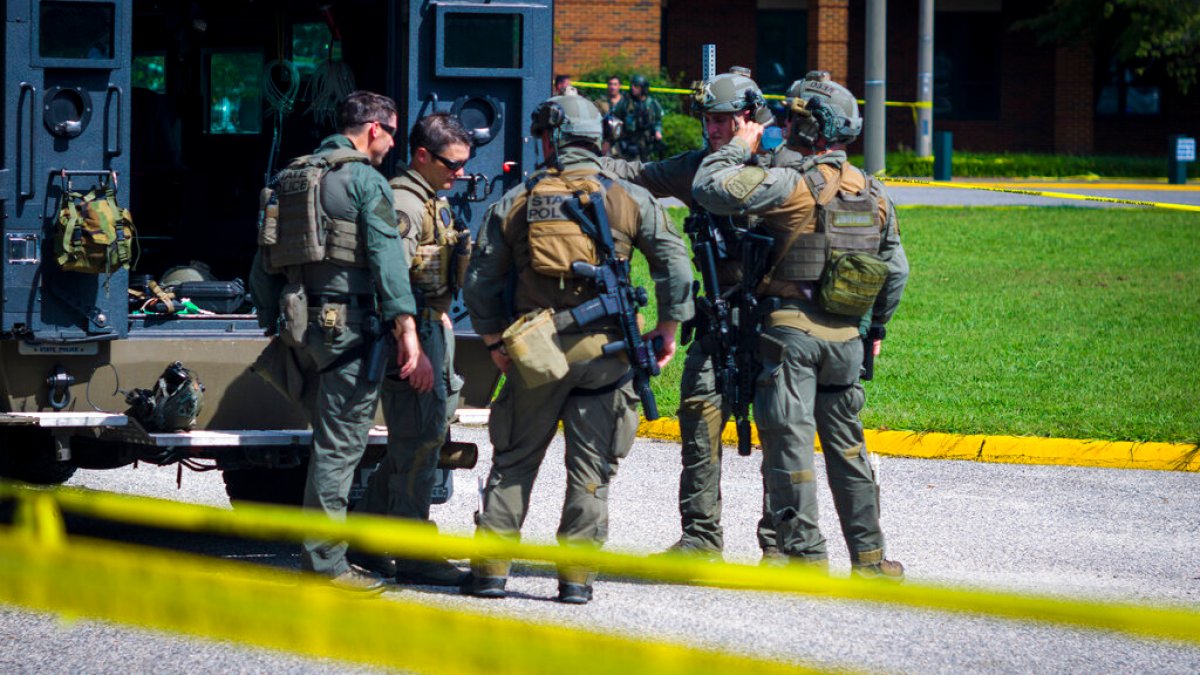 Police said the shooting was not an accident; Investigators are working to determine where the child got the weapon.

A six-year-old student shot and wounded a teacher in Virginia during an altercation inside a first-grade classroom, police and school officials in the city of Newport News said.

No students were injured in the Friday shooting at Richneck Elementary School, police said. The teacher – a woman in her 30s – suffered life-threatening injuries.

Police said the child had a handgun in the classroom and that they took that student into custody.

The shooting was not an accident, he said.

Investigators were trying to figure out where the child obtained the gun.

The police chief did not specifically address questions about whether authorities were in touch with the boy’s parents but said members of the police department were handling that investigation.

“We have been in contact with our commonwealth’s attorney [local prosecutor] and some other entities to help us best get services to this young man,” Drew said.

The police chief did not provide further details about the shooting, the altercation or what happened inside the school.

Parents and students were reunited at a gymnasium door, Newport News Public Schools said on Facebook.

Newport News is a city of about 185,000 people in southeastern Virginia known for its shipyard, which builds the nation’s aircraft carriers and other US Navy vessels.

Richneck has about 550 students who are in kindergarten through to fifth grade (10-11 years old), according to the Virginia Department of Education’s website.

Virginia law does not allow six-year-olds to be tried as adults. In addition, a six-year-old is too young to be committed to the custody of the Department of Juvenile Justice if found guilty.

A juvenile judge would have the authority, however, to revoke a parent’s custody and place a child under the purview of the Department of Social Services.

Fox, who analyzed school shooting data sets going back to 1970 from the Center for Homeland Defense and Security, said the data listed school shootings involving children ages seven, eight, nine and older, but not six-year-olds.

Another factor that stands out about the Virginia shooting is that it occurred in a classroom, Fox said. Many occur outside a school building where students are unsupervised.

In 2000, a six-year-old boy fired a bullet from a .32-caliber gun inside Buell Elementary near Flint, Michigan, striking another six-year-old, Kayla Rolland, in the neck, according to an AP article from the time. She died a half-hour later.