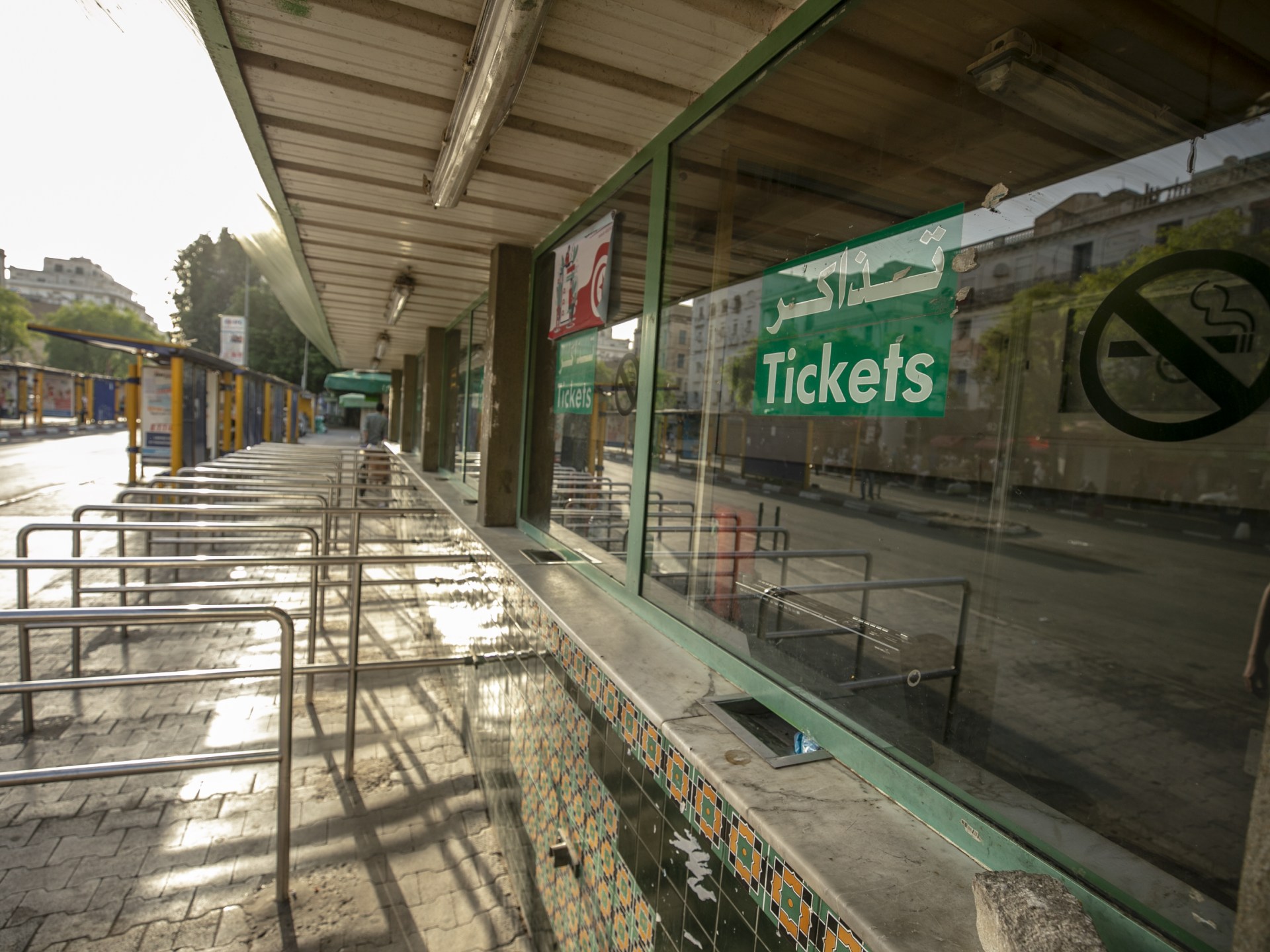 Metro and bus traffic ground to a halt in Tunis as employees go on strike over pay and bonuses.

Metro and bus traffic in the Tunisian capital ground to a halt after employees of the state transport company held a strike over delays in the payment of wages and bonuses.

The strike on Monday highlights the financial problems faced by public companies on the verge of bankruptcy, while the government of President Kais Saied suffers its worst financial crisis.

“The union is protesting against the delay in the payment of wages and bonuses,” said Hayat Chamtouri, a spokesperson for the company.

“The financial situation in the company is really difficult,” she added.

The transport strike is a show of strength for the powerful UGTT union, which has pledged to hold a series of protests,

The union, which has one million members, has approved a two-day strike by air, land and sea transport workers on January 25 and 26 to protest against what it called “the government’s marginalisation of public companies”.

The strike sparked anger among thousands of people struggling to find transport in the capital.

“Today, we do not find milk, oil, sugar, or coffee. Also now we do not find buses that take us to work. Tunisia has become an unbearable hell,” said Nejia, a woman waiting at a bus station.

In the poor Intilaka neighborhood, people blocked roads to protest against the strike. The North African country is grappling with eye-watering public debt, shortages of goods from sugar to petrol and high inflation.

Tunisia is seeking a $1.9bn loan from the International Monetary Fund in exchange for unpopular reforms, including spending cuts, the restructuring of public companies and reductions in energy and food subsidies.

The economy minister, Samir Saeed, said last month that he expects Tunisia to face a difficult year with an inflation rate that will exceed 10 percent.

The strike will increase pressure on the government of President Saied, who is facing growing opposition 17 months since seizing executive powers in a move by his opponents. described as a coup,

Tunisia held elections in December to vote in a new parliament, replacing the previous legislature that Saied had suspended in July 2021.

Following Saied’s moves to weaken the parliament and put power into his own hands, the opposition chose to boycott the vote.

The majority of Tunisians chose to skip voting, with the official turnover at a paltry 11 percent.