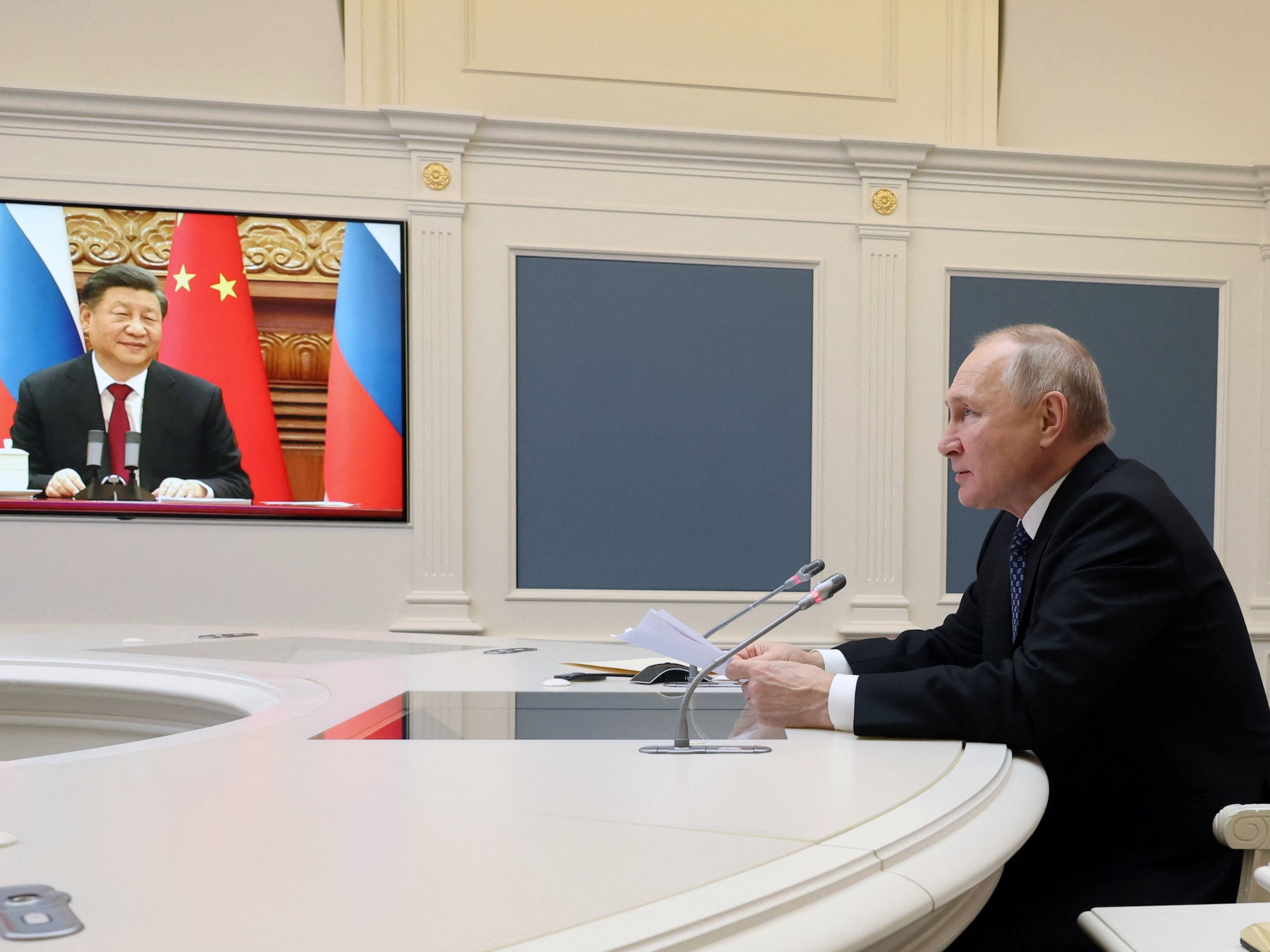 The Russian leader says he is expecting the Chinese president to make a state visit to Moscow in 2023.

Russia’s ties with China are the “best in history”, President Vladimir Putin told his Chinese counterpart Xi Jinping, as he said Moscow would seek to strengthen military cooperation with Beijing.

The two leaders spoke via video link on Friday, and Putin said he was expecting Xi to make a state visit to Moscow in 2023. If it were to take place, it would be a public show of solidarity by Beijing amid Moscow’s flailing military campaign in Ukraine.

He said the visit would “demonstrate to the world the closeness of Russian-Chinese relations”.

Speaking for about eight minutes, Putin said Russia-China relations were growing in importance as a stabilizing factor, and that he aimed to deepen military cooperation between the two countries.

In a response that lasted about a quarter as long, Xi said China was ready to increase strategic cooperation with Russia against the backdrop of what he called a “difficult” situation in the world at large.

Neither made any direct mention of Ukraine.

Earlier this month, Russia and China conducted joint naval drills, which Russia’s army chief described as a response to the “aggressive” US military posturing in the Asia-Pacific region.

Putin also said Russia has become one of China’s leading suppliers of oil and gas.

“Russia has become one of the leaders in oil exports to China”, with 13.8 billion cubic meters of gas shipped via the Power of Siberia pipeline in the first 11 months of 2022.

Putin added that Russia was China’s second-largest supplier of pipeline gas and fourth-largest of liquefied natural gas (LNG). He said in December, shipments had been 18 percent above daily contractual obligations.

Moscow’s energy exports to China have risen markedly since Russia’s invasion of Ukraine, which started on February 24. Western countries imposed unprecedented sanctions On Russia, China has refrained from condemning its military campaign, instead stressing the need for peace.

But Beijing has also been careful not to provide the kind of direct material support that could provoke Western sanctions against China.

Russian Deputy Prime Minister Alexander Novak said last month that his country’s energy exports to China had increased in value by 64 percent this year, and by 10 percent in volume.

Last week, Putin inaugurated a gas field in eastern Siberia that will allow Russia to increase its energy exports to China as the West seeks to cut its dependence on Moscow.

China and Russia have drawn closer in recent years as part of what they call a “no-limits” relationship acting as a counterweight to the global dominance of the United States.