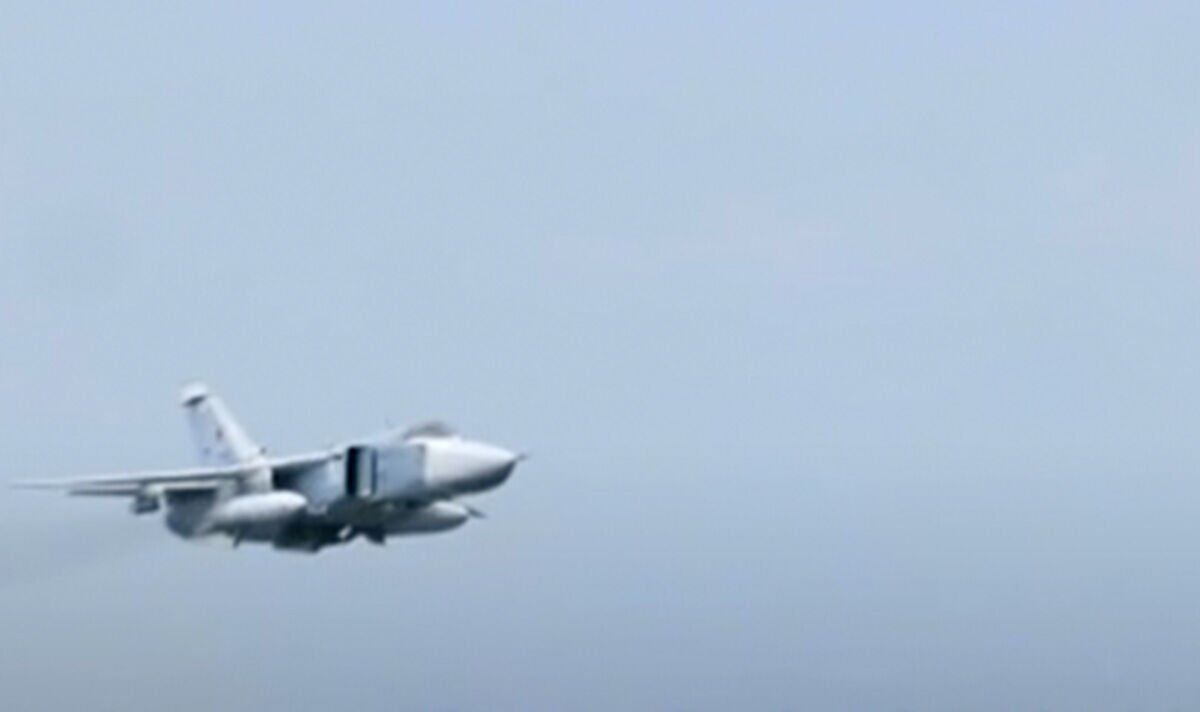 Remarkable footage has emerged showing Russian fighter jets flying by HMS Queen Elizabeth, one of the UK’s most sophisticated aircraft carriers. Three SU-24 fighter bombers were filmed flying in the direction of the £3.2billion warship, which was headed for the Suez Canal.

The footage was taken back in June 2021 during HMS Queen Elizabeth’s first operational mission, but has come to light this week following the release of a BBC documentary looking at the ship’s journey to the Far East.

The documentary shows Royal Navy officers preparing their F-35 jets in case an incident were to take place.

One officer is heard saying: “I’ve got three Russian jets at six miles”.

This is followed by another officer responding: “Visual. Roger. Three Russian aircraft coming in.”

The Russians used the ship to “block” HMS Queen Elizabeth and stop the ship from launching her jets.

The show called The Warship: Tour of Duty airs on Sunday, January 22 on BBC 2, with more episodes following after.

The Daily Mail has since spoken to defense sources who claim British-Russian close encounters were very common.

One said: “It was frequent. It wasn’t daily. But they were frequent.

“There’s a healthy respect for safety. However, we can’t let an aircraft from another nation overfly our carrier without standing up and defending our carrier.”

A Royal Navy spokesperson added: “HMS Queen Elizabeth and her multinational task force were routinely approached by maritime and airborne forces throughout the successful Carrier Strike Group deployment in 2021.

“As ever, robust measures were in place to protect the group, including an Astute Class submarine, and where necessary and appropriate, routine challenges were issued.”

The Kremlin claimed at the time of the incident that its forces had fired a warning shot at another British ship, HMS Defender. The Russians supposedly said: “If you don’t change course I’ll fire.”

British and Russian ships have almost come to blows before. In 2018, footage showed 17 Russian fighter jets flying close to HMS Duncan near the annexed Crimean Peninsula.

Meanwhile, leader of the NATO task force on the ship, Commodore Mike Utley, added: “HMS Duncan is probably the only maritime asset that has seen a raid of that magnitude in the last 25 years.

“I think their tactics are naive. What they don’t know is how capable the ship is.

“When you see that much activity, I think it reinforces the nature of what people expect at the moment and why there is a challenge from Russia,