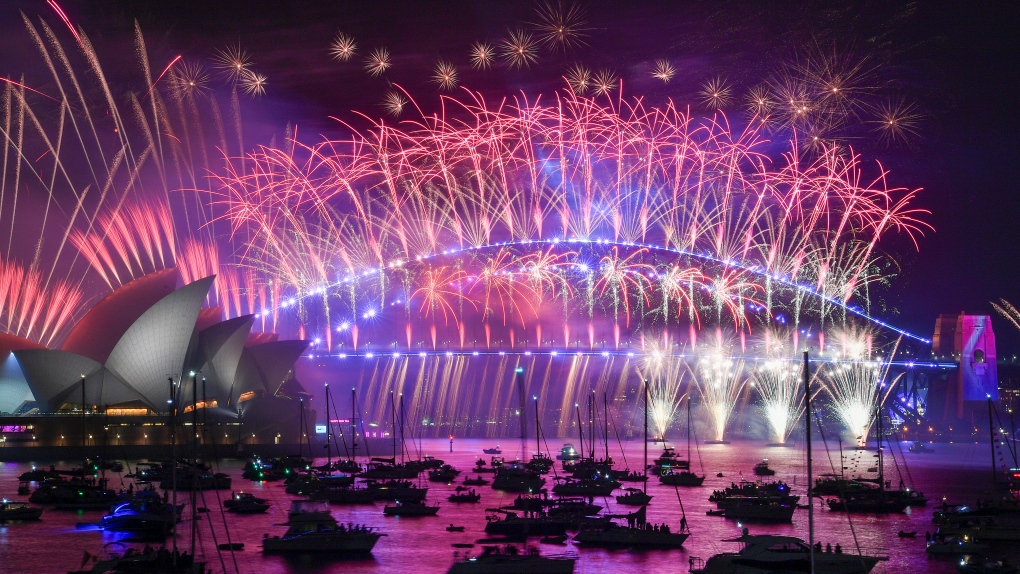 With countdowns and fireworks, revelers in major city centers across the Asia-Pacific region ushered in the first new year without COVID-19 restrictions since the pandemic began in 2020.

While COVID-19 continues to cause death and dismay, particularly in China, which is battling a nationwide surge in infections after suddenly easing anti-epidemic measures, countries had largely lifted quarantine requirements, restrictions for visitors and relentless testing that had limited travel and places people can go to.

Celebrations are being held at the Great Wall in Beijing, while in Shanghai authorities said traffic will be stopped along the waterfront Bund to allow pedestrians to gather on New Year’s Eve. Shanghai Disneyland will also hold a special fireworks show to welcome 2023.

On the last day of the year marked by the brutal war in Ukraine, many in the country returned to capital Kyiv to spend New Year’s Eve with their loved ones. As Russia attacks continue to target power supplies leaving millions without electricity, no big celebrations are expected and a curfew will be in place as the clock rings in the new year. But for most Ukrainians being together with their families is already a luxury.

Still wearing his military uniform, Mykyta gripped a bouquet of pink roses tightly as he waited for his wife Valeriia to arrive from Poland on platform 9. He hadn’t seen her in six months. “It was actually really tough, you know, to wait so long,” he told The Associated Press after hugging and kissing Valeriia.

The couple declined to share their family name for security reasons as Mykyta has been fighting on the frontlines in both south and east Ukraine. Valeriia first sought refuge from the conflict in Spain but later moved to Poland. Asked what their New Year’s Eve plans were, Valeriia answered simply: “Just to be together.”

Concerns about the Ukraine war and the economic shocks it has spawned across the globe were felt in Tokyo as well, where Shigeki Kawamura has seen better times but said he needs a free hot meal this New Year’s.

“I hope the war will be over in Ukraine so prices will stabilize,” he said. “Nothing good has happened for the people since we’ve had Mr. Kishida,” he said, referring to Prime Minister Fumio Kishida.

“Our pay isn’t going up, and our condition is worsening. The privileged may be doing well, but not those of us, who are working so hard,” Kawamura said.

He was one of several hundred people huddled in the cold in a line circling a Tokyo park to receive free New Year’s meals of sukiyaki, or slices of beef cooked in sweet sauce, with rice.

“I hope the new year will bring work and self-reliance,” said Takaharu Ishiwata, who lives in a group home and hasn’t found lucrative work in years.

Besides the sukiyaki box lunches, volunteers were handing out bananas, onions, cartons of eggs and small hand-warmers at the park. Booths were set up for medical and other consultations.

Kenji Seino, who heads the meal program for the homeless Tenohasi, which means “bridge of hands,” said people coming for meals were rising, with jobs becoming harder to find after the coronavirus pandemic hit, and prices going up.

More than 1 million crowded along Sydney’s waterfront for a multi-million dollar celebration based around the themes of diversity and inclusion.

New South Wales police issued an advisory before 7 pm stating that only people with tickets to attend the celebrations should head into the city because all vantage points were full.

More than 7,000 fireworks were launched from the top of the Sydney Harbor Bridge and a further 2,000 from the nearby Opera House.

It was the “party Sydney deserves,” the city’s producer of major events and festivals Stephen Gilby told The Sydney Morning Herald.

“We have had a couple of fairly difficult years; we’re absolutely delighted this year to be able to welcome people back to the foreshores of Sydney Harbor for Sydney’s world-famous New Year’s Eve celebrations,” he said.

In Melbourne, Australia’s second largest city, a family-friendly fireworks display along the Yarra River as dusk fell preceded a second session at midnight.

The Pacific nation of Kiribati was the first country to greet the new year, with the clock ticking into 2023 one hour ahead of neighbors including New Zealand.

In Auckland, large crowds gathered below the Sky Tower, where a 10-second countdown to midnight preceded fireworks. The celebrations in New Zealand’s largest city were well-received after COVID-19 forced them to be canceled a year ago.

There was a scare in the North Island coastal city of Tauranga, about 225 kilometers (140 miles) from Auckland, when a bouncing castle was blown 100 meters (yards). Tauranga City Council reported one person was hospitalized and four people were treated on site.

In December 2021, five children were killed and four were injured in Devonport, Australia, when a gust of wind lifted a bouncing castle into the air at a school fair.

Authorities in military-ruled Myanmar announced a suspension of its normal four-hour curfew in the country’s three biggest cities so residents can celebrate New Year’s Eve. However, opponents of army rule are urging people to avoid public gatherings, claiming that security forces might stage a bombing or other attack and blame it on them.