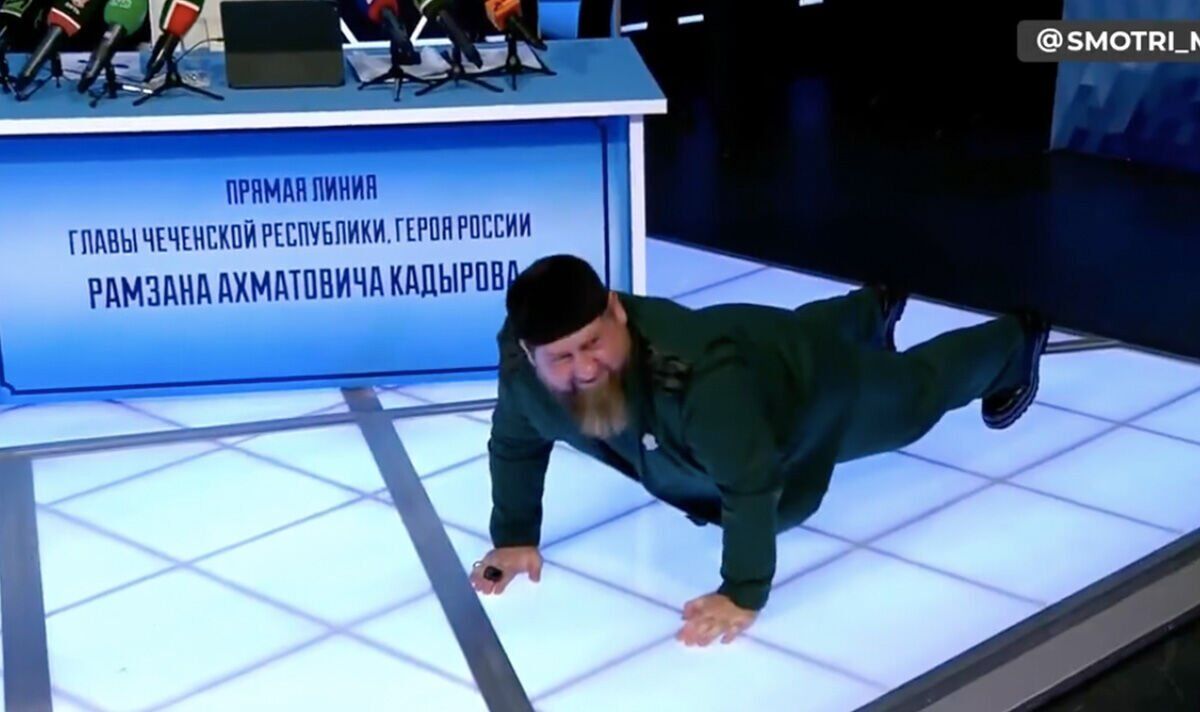 Chechen warlord Ramzan Kadyrov has been mocked after he attempted press-ups on Russian state TV this week. In a video shared by journalist Julia Davis on Twitter, Kadyrov throws himself to the floor before doing rapid press-ups.
However, people on Twitter were critical of the Chechen leader’s form, even mocking him for his attempt.

One user named Hugh Kraine said: “Those are the most pathetic push-ups I’ve seen.”

Another, named McBrosius, added: “Certainly explains some things about the Russian military’s successes.”

The latter was referring to the Russian military’s humiliating showing in Ukraine, where Putin’s men have failed to achieve most of their objectives.

Often described himself as Putin’s “foot soldier”, Kadyrov has always remained loyal to the Russian President.

In a Telegram, he said: “Minor age should not interfere with the training of the defenders of our Motherland.

“The grandchildren of the First President of the Chechen Republic, Hero of Russia Akhmat-Khadzhi Kadyrov – Akhmat, Eli and Adam are 16, 15 and 14 years old respectively.

“But their military training began a long time ago, almost from an early age. It’s not enough just to know how to shoot.

“On the basis of the RUS, they are taught how to handle various weapons, how to use them at any distance, and the theoretical foundations.

“I always believed that the main goal of any father is to instill piety in his sons and teach them to protect the family, the people, the Fatherland. If you want peace, prepare for war!”

However, a month prior to this, it appeared Kadyrov’s patience with the Russian military was wearing thin. After the retreat from Kharkiv, the Chechen warlord hit out at Russian military leaders in a rare instance of division between himself and those linked with the Kremlin.

Kadyrov warned he would confront Moscow’s military leaders if their performance in Ukraine didn’t improve.

He said: “They have made mistakes and I think they will draw the necessary conclusions.