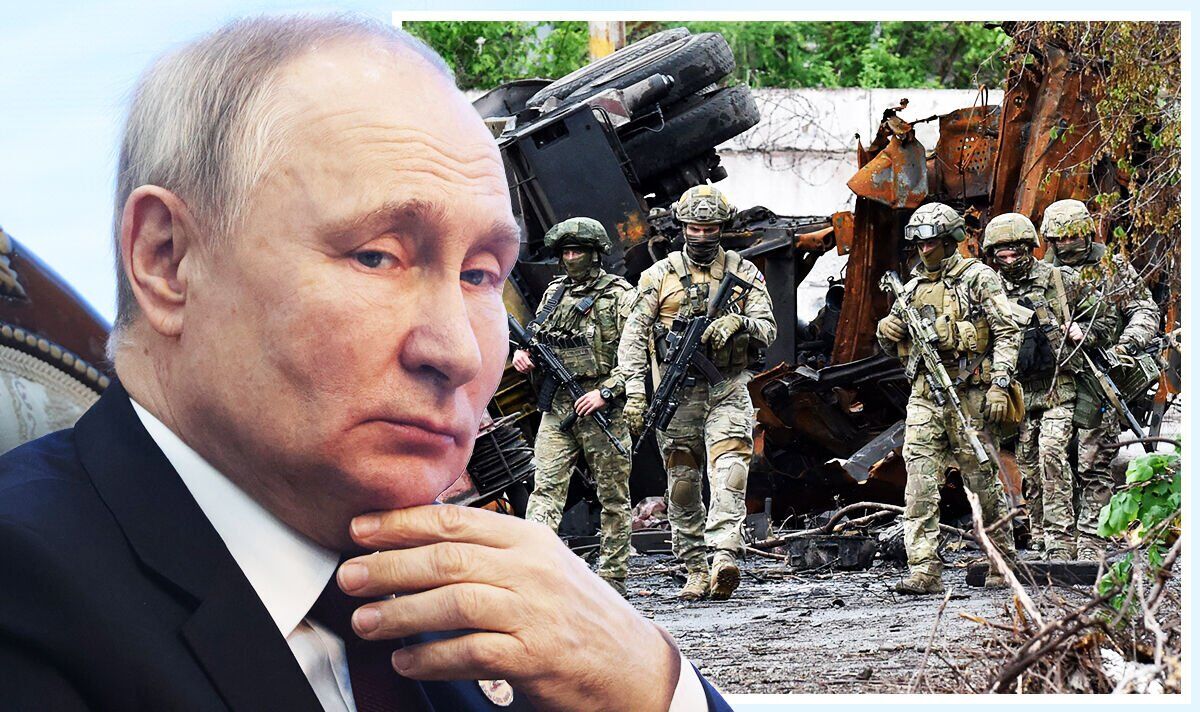 Russian President Vladimir Putin cannot reverse the inevitable military defeat he faces in Ukraine, political scientist and Kremlin critic Boris Kagarlitsky tells Express.co.uk. The academic says that the Russian military is a “mess” and warns Putin that the situation cannot be salvaged.

Mr Kagarlitsky said: “Today’s Russian army is a mess of unmotivated soldiers who are under the command of incompetent officers and controlled by corrupt generals who could steal everything that moved.

“Now they’re trying to fix it, but it’s already too late. This kind of reorganization would take a few years, and they just don’t have that time.”

Russia and Ukraine are still engaged in bloody fighting in the east of Ukrainebut Kyiv is set to receive yet more military support from Western countries in the coming months.

France has pledged to send some light tanks to Ukraineand it is looking likely that other European countries, including the UK, could follow suit.

“No settlement can be achieved and Putin cannot accept it because it would mean the end of his reign.

“But the end of his reign is near anyhow because the elites are now not happy with him.

“They used to like him, he used to make them all rich. Now Putin is becoming a problem, but they don’t know how to get rid of him. But something is definitely cooking.”

Putin’s frustration with his military’s failings was evident during a Kremlin video call this week, in which he scolded his deputy prime minister for “fooling around”.

Denis Manturov, also a trade minister, failed to procure military aircraft, and was met with anger from Putin.

Putin said: “What are you, really, playing the fool? When will the contracts be signed?

“These 700 aircraft, including helicopters, need to be worked out together with the Ministry of Defence, so that it is clear: how many the military department will order, and how many civilian ships will be ordered. Some enterprises still do not have an order, even for 2023.

“Everyone understands the urgency of this issue… No, don’t try to do your best.

“Do it within a month. Don’t you understand the situation we’re in? It needs to be done in a month, no later.”

Putin has also removed Sergei Surovikin, nicknamed “General Armageddon”, from his role as head of Russiait’s war in Ukraine,

He replaced him with the head of the Russian military Valery Gerasimov in a move that appeared to be provoked by the country’s failings in Ukraine,