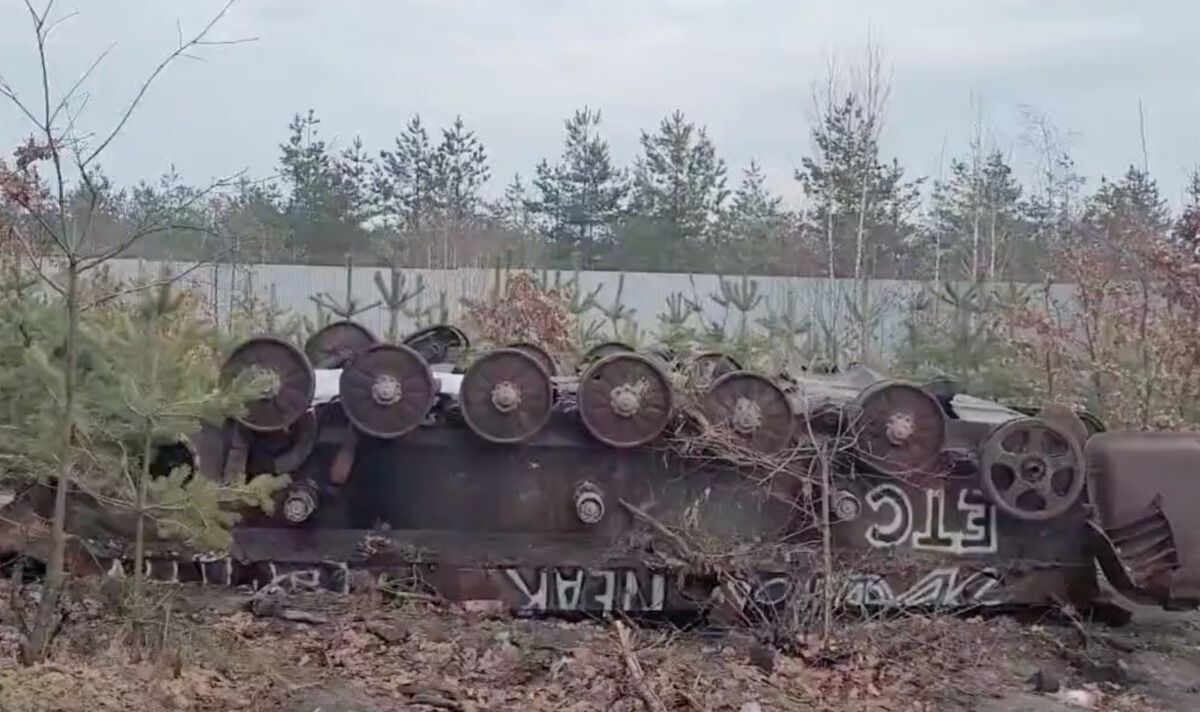 Vladimir Putin‘s forces have been met with a bloodbath in the eastern Ukrainian cities of Soledar and Bakhmut where his soldiers are now “stepping over the bodies” of their own comrades, according to a Ukrainian official. Russian and Ukrainian troops are engaged in fierce fighting in what has become the new epicenter of the war. Moscow is pouring in more fighters with help from the Wagner group in a desperate bid to counter Ukrainian forces.

Describing the macabre scene in the Donetsk region, Ukrainian deputy defense minister Hanna Malyar said: “The enemy literally step over the corpses of their own soldiers, using massed artillery, MLRS systems and mortars.”

Russia is now stepping up a powerful assault on the strategic city of Soledar, forcing Ukrainian troops to repel waves of attacks by Wagner Group units.

The Russian private military group has been ramping up war operations in Ukraine to help Putin’s dwindling forces break through in Soledar, the Institute for the Study of War (ISW) reported, citing Russian sources and military bloggers.

One milblogger cited in the ISW report claimed that Russian troops have advanced as far as Krasnopillia, which lies around two and a half miles northwest and that “the Ukrainian grouping in Bakhmut is under threat of encirclement as a result.”

The claim clashed with President Zelensky’s report which said little had changed on the front lines in eastern Ukraine in the first week of the year, with “intense fighting” still going on in the Luhansk and Donetsk regions, particularly around Bakhmut and Soledar.

President Zelensky said: “Bakhmut is holding out against all odds. And although most of the city is destroyed by Russian strikes, our warriors repel constant attempts at Russian offensive there. Soledar is holding out. Although there is even more destruction there and it is extremely hard.”

Fighting in Bahkmut and Soledar is “the most intense on the entire frontline”, with little progress being made by either side in the freezing conditions, corroborated Ukrainian military analyst Oleh Zhdanov.

He added: “So many (pro-Russian fighters) remain on the battlefield … either dead or wounded.”

After months of Russian setbacks in eastern Ukraine, Vladimir Putin has grown reliant on the Wagner Group, hoping the private military company could help Russia gain the upper hand in the conflict.

The Wagner Group has replenished its forces from 1,000 to nearly 20,000 in Ukraine, according to British government officials, as Russia struggles to recruit soldiers from the civilian population and maintain morale.

In an admission of defeat, the head of the Wagner group, Yevgeny Prigozhin reportedly said its offensive operations in Bakhmut are exhausted because each house in the city is a “fortress” and Ukrainian forces have defensive lines every 10 metres.

Wagner soldiers use large numbers of poorly trained convicts to carry out limited attacks on buildings, according to British Defense Intelligence.