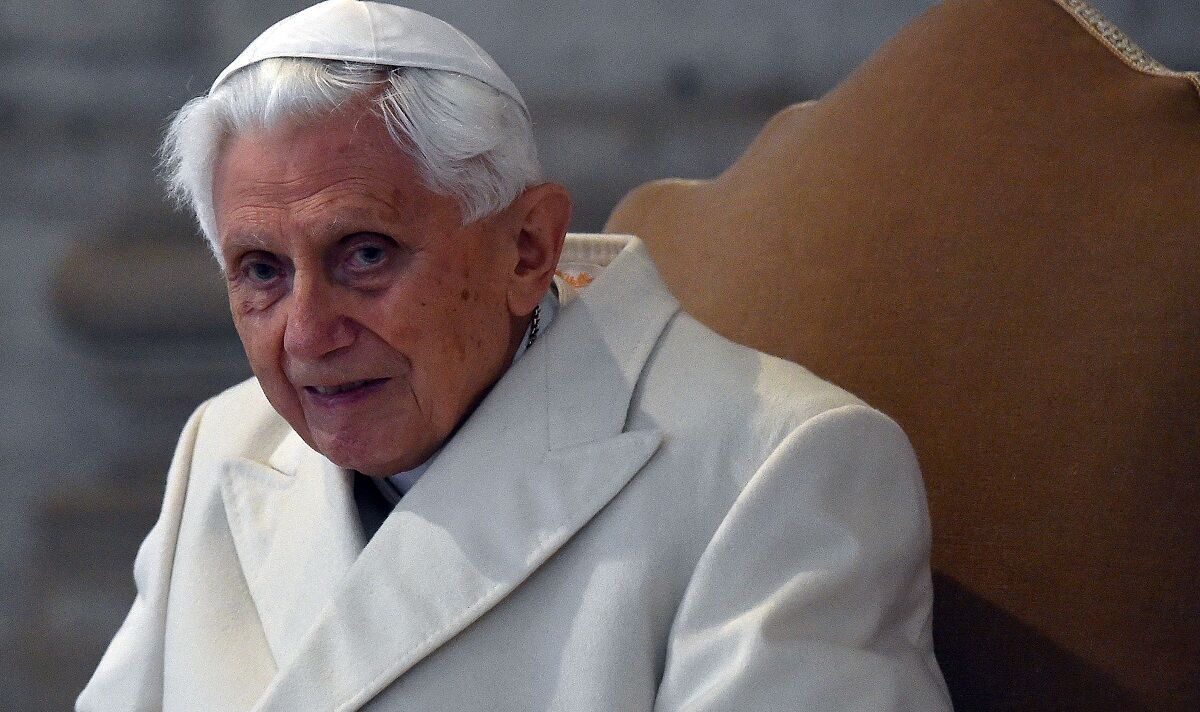 Benedict, 95, became the first leader of the Catholic Church to stand down in 2013, citing advanced age. At the end of the Pope’s final audience of the year, he asked people to “pray a special prayer for Pope Emeritus Benedict”.
He added: “I remind you that he is very sick.” The Pope then went to visit his predecessor in the monastery on Vatican grounds where he has lived since retiring.

The Vatican said the ex-Pope’s health had worsened. Spokesperson Matteo Bruni said yesterday in a written statement: “I can confirm that in the last hours, a worsening due to advanced age has happened.

“The situation at the moment remains under control, constantly monitored by doctors.”