Pope Benedict to be buried in triple coffin 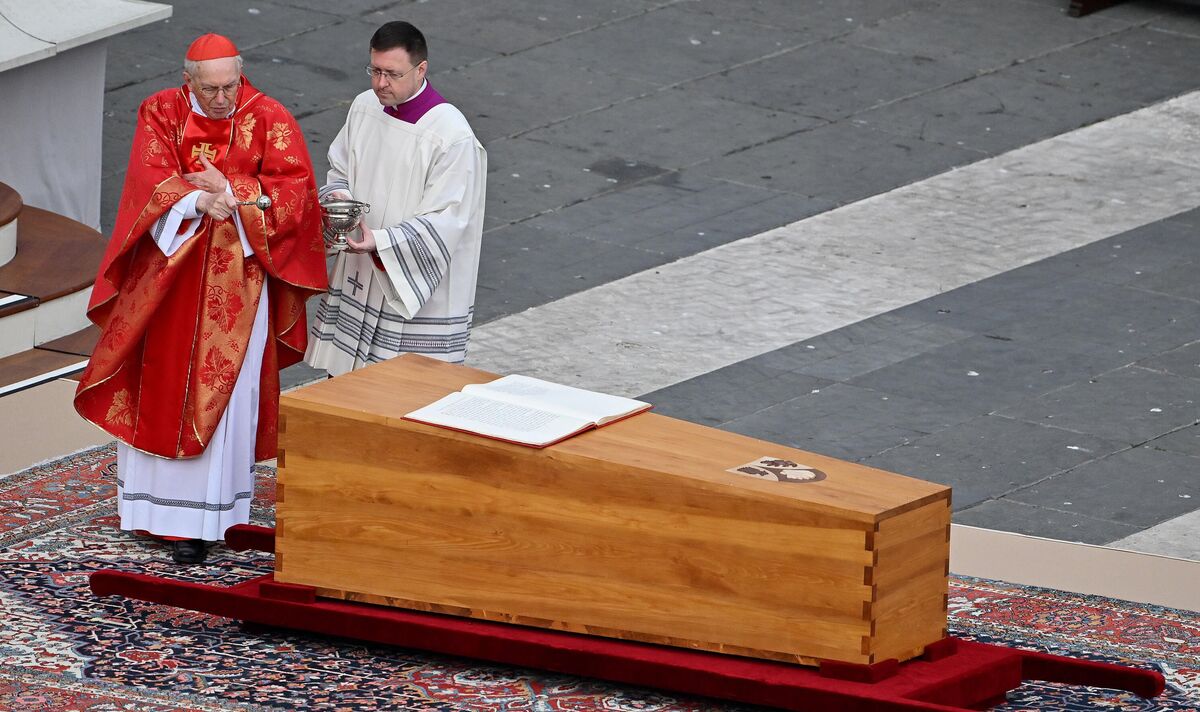 Pope Benedict will be buried in the crypt beneath St Peter’s Basilica in three coffins made of cypress, zinc and oak, one placed inside the other, it has been confirmed. Earlier today, the Vatican released the official history of Benedict’s life, a short document in Latin which was placed in a metal cylinder in his coffin before it was sealed, along with the various coins and medallions minted during his papacy and his pallium stoles.
The document gave ample attention to Benedict’s historic resignation and referred to him as “pope emeritus,” citing verbatim the Latin words he uttered on February 11, 2013, when he announced he would retire.

Known as a “rogito” or deed, the document also cited his theological and papal legacy, including his outreach to Anglicans and Jews and his efforts to combat clergy sexual abuse “continually calling the church to conversion, prayer, penance and purification”.

The funeral ritual itself is based on the code used for dead popes, but includes some modifications due to the fact that Benedict was not a reigning pontiff when he died.

After the Mass, presided over by his successor Pope Francis, Benedict’s cypress coffin will to be placed inside a zinc one, then an outer oak casket before being entombed in the crypt in the grottos beneath St Peter’s Basilica, which once held the tomb of St. John Paul II before it was moved upstairs.

While the ritual is novel, it does have some precedent: in 1802, Pope Pius VII presided over the funeral in St Peter’s of his predecessor, Pius VI, who had died in exile in France in 1799 as a prisoner of Napoleon.

Some 200,000 paid tribute to Benedict during three days of public viewing in the basilica, with one of the last, Friar Rosario Vitale, spending an hour praying by his body.

He said Benedict had given him a special dispensation to begin the process of becoming a priest, which was required because of a physical disability.

He added: “So today I came here to pray on his tomb, on his body and to say ‘thank you’ for my future priesthood, for my ministry.”

Benedict never intended his retirement to last as long as it did at almost 10 years—it was longer than his eight-year pontificate.

And the unprecedented situation of a retired pope living alongside a reigning one prompted calls for protocols to guide future popes emeritus to prevent any confusion about who is really in charge.

The relationship between the pair was explored in the 2019 film The Two Popes, starring Sir Anthony Hopkins as Benedict, and Jonathan Pryce as Francis.