Popcorn and memes: US Democrats find humor in ‘speakergeddon’ 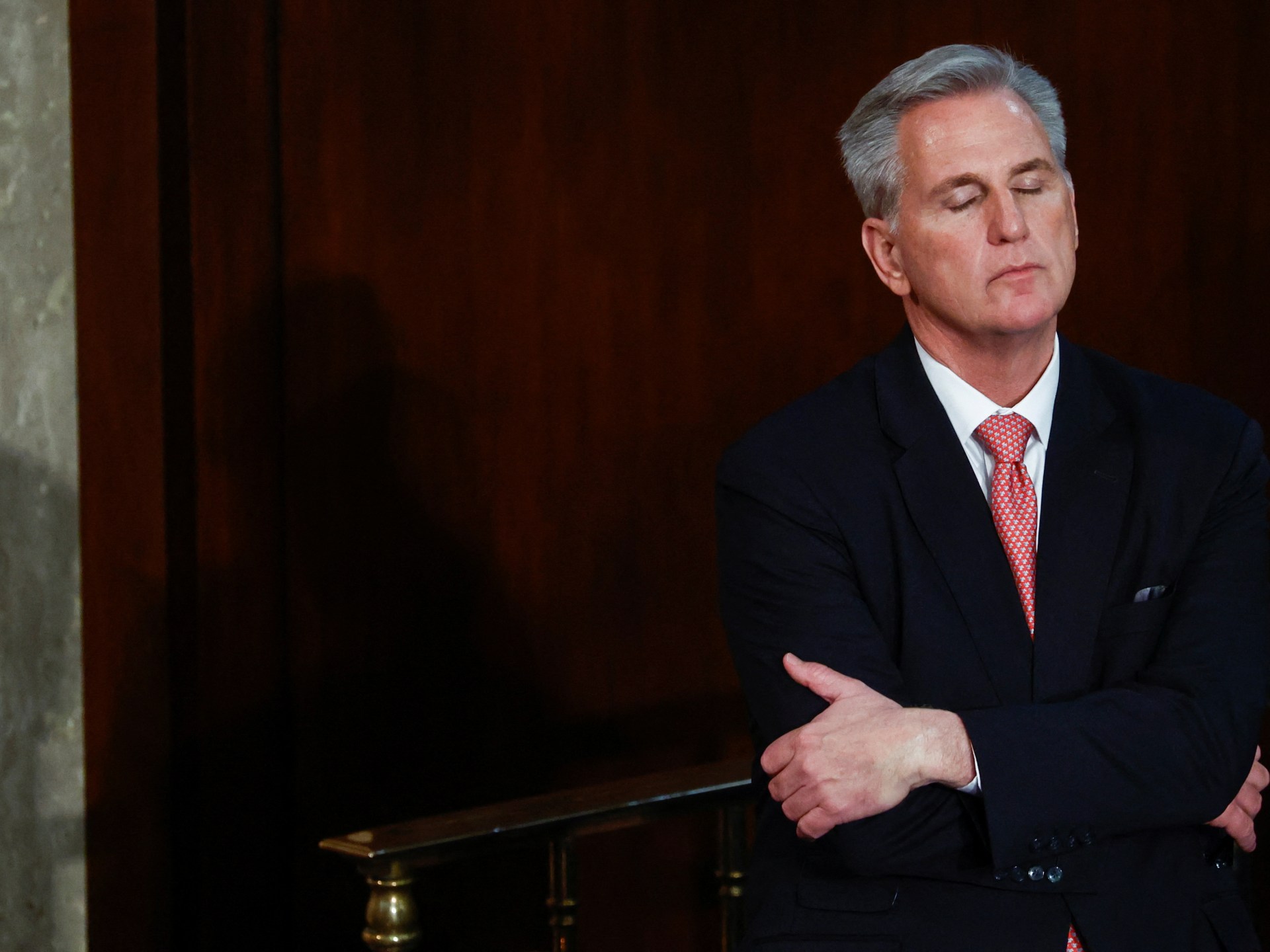 The normally straightforward process of picking a speaker of the US House of Representatives has entered its fourth day on Friday with no clear winner in sight.

Before the voting marathon initially started on Tuesday, Congressman Ted Lieu — a California Democrat — shared a picture of himself holding a bag of popcorn in a dig at the Republican-led, theater-like drama that would unfold.

Since then, over a dozen failed elections have been held. The House adjourned on Friday after its 13th attempt, with the incoming Republican majority still struggling to unite behind a candidate.

As the chamber reconvenes for a 14th ballot later in the evening, it remains unclear whether GOP leader Kevin McCarthy will secure a majority to take the speaker’s gavel amid continuing — albeit waning — far-right opposition.

But while Democrats have warned of serious consequences if the House remains without a speaker, many have also found humor in the Republican infighting and seemingly never-ending rounds of voting on the House floor.

The speakership election has become the stuff of memes.

About to go to the House Floor. pic.twitter.com/81QVxmbHBb

after the 11th inconclusive ballot For speaker Thursday evening, Democratic Congresswoman Cori Bush jokingly begged for the “speakergeddon” to stop.

Earlier, Alaska Representative Mary Peltola posted a photo of a teary-eyed cat with the caption “Screams internally”, in reaction to the prospect of another vote.

Democrats have decried their Republican rivals’ inability to agree on a speaker, which has left the House practically paralyzed. McCarthy, an eight-term representative from California, remains the most likely candidate, but far-right members of his party have vowed to oppose his leadership, creating a stalemate.

Heading into Round 12 of the McCarthy Marathon.

My grandson, Sawyer, would’ve stayed, but he had important work to get back at home — like most Americans.

Sure hope Republicans can finish their bickering so we can get to our important job: governing. pic.twitter.com/LFp7yoGNiu

Progressive Congressman Mark Pocan of Wisconsin noted that different Republican members have formally nominated McCarthy for speaker in each round of voting. Around 201 Republicans have backed McCarthy, but he remains far from the 218-vote majority he needs.

“So if Kevin McCarthy holds [onto] his losing 201 votes, we can expect 200 vote series to ensure everyone has a chance to deliver their own failing speech for him,” Pocan wrote on Twitter. “Going to have to order a couple cartons of snickers’ bars…”

The only Kevin that can defend a house pic.twitter.com/slcV0ZNkxp

“15th time is the charm,” Congresswoman-elect Summer Lee wrote on Twitter on Wednesday after the sixth vote, in an apparently hyperbolic prediction.

Lee, like all other members of the House, will not be sworn in until the chamber gets a speaker.

“I’m not a congresswoman, yet,” Vermont Representative-electBecca Balint said in a cheerful, short song she posted on Twitter late on Tuesday. By Friday morning, she still was not an official House member.

Final update from the day: pic.twitter.com/nwRgsVIlUA

As far as yet-to-take-the-oath-of-office freshman legislators go, Republican George Santos has received the most media attention on Capitol Hill this week, following revelations that he made up key parts of his life story and work experience on the campaign trail.

McCarthy has resisted calls to push the newly elected member to resign. And with Santos backing his speakership, some Democrats poked fun at both Republicans this week.

“Republicans have had a cornucopia of members nominate McCarthy but not their Nobel Peace prize and Heisman awardee, spelling bee champ and B’nai Brith Jew of the Decade, George Santos,” Congressman Steve Cohen wrote on Twitter.

Earlier this week, Republican Congresswoman Kat Cammack accused Democrats of bringing “popcorn and blankets and alcohol” to the speaker’s vote.

“If only! If Dems took a shot every time McCarthy lost a Republican, we’d all be unconscious by now,” Alexandria Ocasio-Cortez, a left-wing Democrat, responded on Twitter.

This baby was born on the first round of votes. He’s now 4 months old 👶🏻 pic.twitter.com/RVJFkhg7Sq