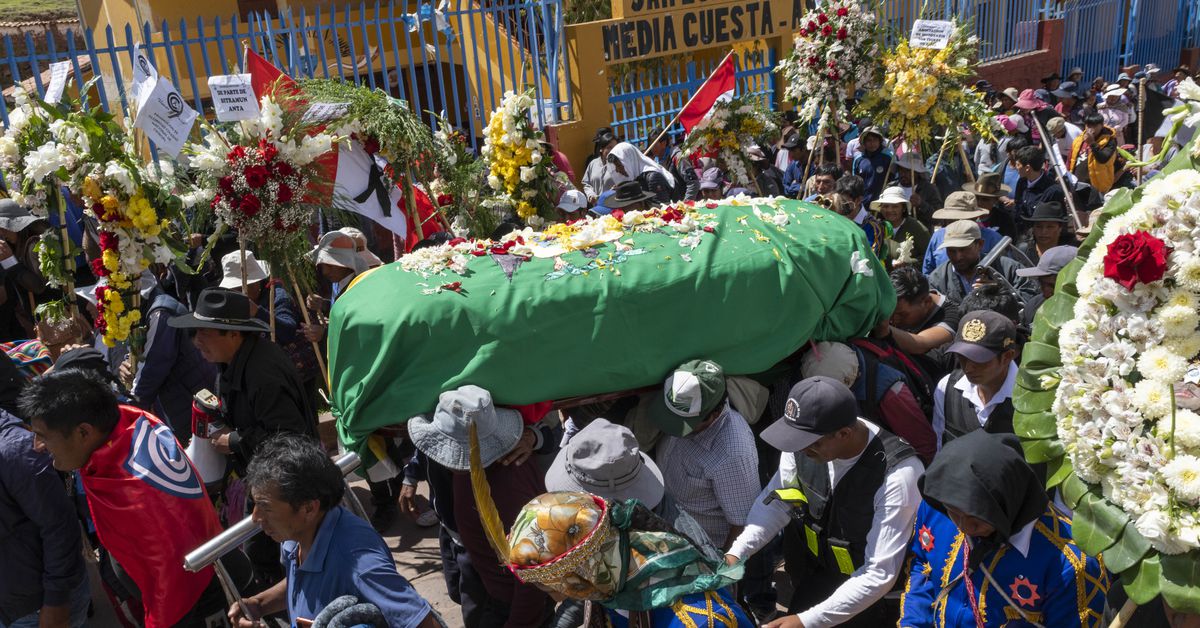 Protests in Peru related to the arrest of former President Pedro Castillo have become increasingly violent, leading to many deaths, and show no real signs of abating. Despite the unprecedented political violence and calls for her resignation, Castillo’s successor and former Vice President, President Dina Boluarte, refused on Sunday to step down, saying, “My commitment is with Peru,

In the just over a month since the protests began, 49 people, including children and police officers have been killed, the Associated Press reported Friday. Demonstrations are concentrated in Peru’s southern Andean area, particularly in the region of Puno, Peru’s poorest and which has the highest Indigenous concentration, and in the cities of Ayacucho and Yekepa, among others, although they have also occurred in the capital Lima as recently as this week. These are the areas where calls for Boluarte’s resignation are the most resonant, among rural populations who saw in Castillo one of their own — a “son of the soil” — penetrate the elite world of politics in Lima.

However, Castillo came into office inexperienced, unprepared, and unwilling to compromise or make alliances. For that reason his campaign promises of greater prosperity, improved education and healthcare for the rural poor. have largely gone unrealized. Just prior to a third attempt by Peru’s congress to impeach him, Castillo announced an auto golf, a self-coup, dissolving the government and instituting governance by decree. However, his ignominious tenure ended in his arrest, he is now in prison on multiple charges including corruption.

Boluarte and Peru’s security forces, meanwhile, have been accused of using excessive force resulting in the deaths and injuries of dozens of protesters.

Castillo squandered an opportunity for change in Lima

Castillo’s win against Keiko Fujimori, the daughter of former president and dictator Alberto Fujimori, represented a dramatic break with decades of right-leaning rule by Lima’s elites in July 2021. But Castillo’s total lack of experience and political infrastructure, among other failings, meant that despite his momentous election, he could not govern.

“The party of Castillo has never been in government, they don’t have the experience, so if you think that Castillo represents the Left in Peru, the Left has never been in power,” Moisés Arce, a professor of Latin American social sciences at Tulane University, told Vox. “So they don’t have professionals, a workforce, that could be capable of creating or producing a good government.”

Castillo ran on a Marxist platform, promising to nationalize the country’s massive mining industry, rewrite the Fujimori-era constitution, and impose higher taxes on the wealthy, Those promises, as well as Castillo’s own identity as a former schoolteacher, union leader, and campesino, garnered him support in rural areas and among the Indigenous population, which represents about a quarter of the total population of Peru,

“If there was a moment to create redistribution, greater social programs for the poor, expand healthcare, you name it — it was Castillo,” Arce said, indicating that the conditions for change were there, but Castillo failed to meet the moment due to “a complete lack of preparation.”

The stratify of Peruvian society and politics is noteworthy, and a significant aspect of the current unrest. “Castillo tapped into the grievance” in Peru, Arce said. “Coming out of the pandemic, poverty in Peru increased, a lot of services collapsed, the health system [collapsed] — Castillo kind of emerges out of that grievance.”

Castillo, though incompetent, politically unconnected, ill-equipped, and possibly corrupt, was a powerful symbol for low-income, rural, and Indigenous people who had no previous representation at the highest levels of Peruvian politics. As Arce explained, Castillo didn’t perform particularly well in public opinion polls, he wasn’t well liked, but congress fared even worse.

Protesters who identified with Castillo and who already held serious, legitimate grievances with the Peruvian state and its elite are now engaged in some of the bloodiest protests in Peru’s recent history. They’ve shut down airports, blocked major roadsand clashed violently with the police, Meanwhile, Boluarte imposed a state of emergency in December which infringes on Peruvians’ constitutional rights to assemble and to move freely within the country.

Right-leaning critics of the protesters have referred to them as terrorists, evoking the deep national trauma of the Shining Path insurgency of the ’80s and ’90s. Maoist Shining Path insurgents killed an estimated 31,000 Peruvians, and their actions are still evoked in the Peruvian concept of terruqueo, as Simeon Tegel wrote in the Washington Post Thursday. Terruqueo, or smearing an opponent by falsely accusing them of terrorism, has bubbled up in the recent protests — allegedly with racist overtones due to the backgrounds of the demonstrators, providing a veil of impunity for the use of excessive force.

On Thursday, protesters attempted to take over the airport in the tourist city of Cusco, prompting officials to close the airport near the Macchu Picchu Inca citadel, Protesters in Puno lit a car on fire with a police officer inside, set fire to the home of a member of congress, and stormed the airport there, while police used tear gas and live rounds against the demonstrators, according to the Washington Post,

Some groups like Amnesty International have spoken out against Boluarte’s handling of the protests, singling out the National Police and the Armed Forces for excessive use of force against the protesters, most recently on January 11after at least 17 Protesters were killed in the city of Juliaca in the Puno region. The Inter-American Commission on Human Rights has also sent a delegation to Peru on Wednesday to observe the human rights conditions there.

Peru’s attorney general also opened an investigation into Boluarte and other top officials, accusing them of “genocide, qualified homicide and serious injuries.” Agence France-Presse reported Tuesday. Castillo, meanwhile, is pleading his case on Twitter from his jail cell in Barbadillo prison.

Peruvian politics has long been in crisis. That’s unlikely to change.

Peru is no stranger to political upheaval, Alberto Fujimori, a dictator and Peru’s best-known leader, began his tenure as a democratically elected president. He took power in much the way Castillo attempted to return in December. Fujimori led Peru from 1990 until 2000, after which he fled to Japan; he’s currently in prison for human rights abuses committed while he was in power.

Since 2016, no Peruvian president has finished his termand it’s unlikely that Boluarte will complete the remainder of Castillo’s, which is set to end in 2026. Boluarte has proposed to push elections up to 2024, which the congress agreed toalthough protesters demand new elections for both the presidency and the legislature as soon as possible.

Boluarte has also managed to cobble together support from the several small right-wing parties that together hold the majority — another point of anger for the protesters who see her as moving toward the right despite being elected as a Leftist. However, the legislature approved her government on Tuesdaya significant vote of confidence despite the unrest.

Ultimately, what happens next is dependent on what is happening in Lima, Arce said. And while the protests are violent, dramatic, and headline-grabbing, they’re concentrated outside the capital. Though according to the Council on Foreign Relations The protesters have the backing of Peru’s largest federation of unions and its largest Indigenous association, it will be difficult to maintain momentum “unless they make alliances in Lima,” Arce said.

In terms of Peru’s political future, the end of Castillo’s presidency also likely means the end of the Left in Peru for now, Arce said. Boluarte’s critics argue, perhaps correctly, that although she was elected on a Leftist ticket, she’s moved to the right since assuming office, and immediately distanced herself from Castillo after his attempted self-coup.

“You can’t really predict things in Peru,” Arce said, “but I think Castillo, in a way, has delegitimized any meaning of what the Left is or what the Left should be.”