Orthodox celebrate Christmas in the shadow of conflict 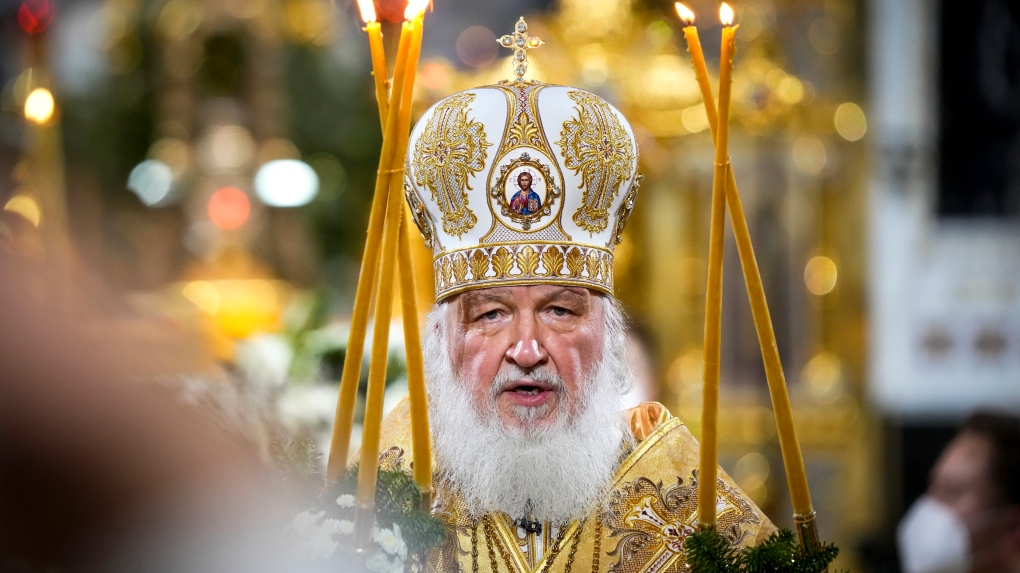 Orthodox Christians packed churches on Friday evening for Christmas Eve services, a holiday darkened for many by the conflict raging between Orthodox neighbors Russia and Ukraine.

A day earlier, Kirill called for a 36-hour ceasefire in Ukraine, which President Vladimir Putin agreed to but that Ukrainian officials scorned as an attempt to allow Russian forces to regroup. Reports of scattered fighting in Ukraine on Friday could not immediately be confirmed.

Kyiv residents ventured out into a light dusting of snow to buy gifts, cakes and groceries for Christmas Eve family celebrations, hours after the cease-fire was to have started.

In a video message, President Volodymyr Zelenskyy praised Ukrainians as “united as never before” and lamented that the conflict has forced many to abandon Christmas folk traditions that prohibit sewing and hunting.

“It is forbidden to sew and knit, but we weave camouflage nets and sew bulletproof vests, overcoming evil. Our ancestors did not go hunting in these days, but we fight so that we do not become prey and to defeat the beast,” he said.

Ukrainians, like Russians and Orthodox in some other countries, conventionally observed Christmas on Jan. 7. But this year, the Orthodox Church of Ukraine, which is not aligned with the Russian church and one of two branches of Orthodoxy in the country, agreed to allow the faithful to celebrate on Dec. 25. Many did so, but others held to the old ways.

Putin attended services at the Annunciation Cathedral, one of several churches on the grounds of the Kremlin.

In Serbia, observers followed traditions such as the evening burning of dried oak branches and prepared for midnight services in churches, with the main one to be led by the Patriarch, Porfirije, in Belgrade’s biggest church, St. Sava Temple.

Though most of his traditional Christmas message focused on the position of ethnic Serbs in the predominantly ethnic Albanian Kosovo, the Serbian Patriarch said he was praying for the end of the war in Ukraine, which he said is being fueled from outside.

“It is with sadness that we watch the war conflicts and victims, in which, publicly or secretly, various participants are taking part,” Porfirije said. “The consequences of the tragic, fratricidal conflict, incited on a daily basis from outside, are horrible, and the war flames, like never before, are threatening the whole world.”

The Serbian Orthodox Church has close ties with the Russian church and is highly critical of the West and its policies.

Bells pealed over the biblical town of Bethlehem on Friday as crowds holding crosses filed aloft through the rain-soaked streets to mark Orthodox Christmas.

Dozens of boys and girls marched through Bethlehem in the occupied West Bank for the annual scouts parade, playing Palestinian anthems and religious hymns on bagpipes and huge drums. The Greek Orthodox Patriarch of Jerusalem, Theophilos III, joined the faithful as they flocked to the Church of the Nativity, revered by Christians as the traditional site of Jesus’ birthplace. Similar celebrations took place over the Christian Quarter of Jerusalem’s walled Old City.

In Egypt, where Coptic Christians make up roughly 10% of the nation’s population of 104 million, one of the year’s most festive holidays was infused with grave uncertainty about the nation’s economy.

In Cairo’s northern suburb of Shobra and other Christian hubs, golden fairy lights and Christmas-themed decorations adorn the streets. Although Shobra is typically bustling with families buying gifts ahead of Orthodox Christmas, this year shop owners reported a drop in sales. The Egyptian pound has shriveled in value against the dollar, hitting a new low earlier this week as the country faces a shortage of foreign currency spurred by Russia sending troops into Ukraine.

During his speech at the Coptic Christmas Eve Mass in Cairo, Egypt’s President Abdel Fattah el-Sissi emphasized the harmful impact the fighting in Ukraine was having on the country.

“The world will be, after the current crisis, different from the world we saw before this. This economic crisis will affect many countries if the war continues this year or longer,” el-Sissi said.

El-Sissi has attended several Christmas Eve services held by the country’s Coptic Orthodox minority, in a public act of interfaith solidarity. In predominantly Muslim Egypt, Coptic Christians make up roughly 10% of the nation’s population of 104 million and face various restrictions, including inter-religious marriages and church building.

A Christmas mass in Dohuk, in the Kurdish region of Iraq, drew Armenian faithful from across the city.

Worshipers prayed together and sang hymns in an old stone church, asking for health and peace. Christians once constituted a sizeable minority in Iraq, estimated at around 1.4 million. But their numbers began to fall amid the post-2003 turmoil when Sunni militants often targeted Christians. They received a further blow when the extremist Islamic State group swept through northern Iraq in 2014.

“I congratulate all Iraqi people from all sects, from the north of the country to the south,” said Sahak Pedros, an Armenian Christian from Baghdad.