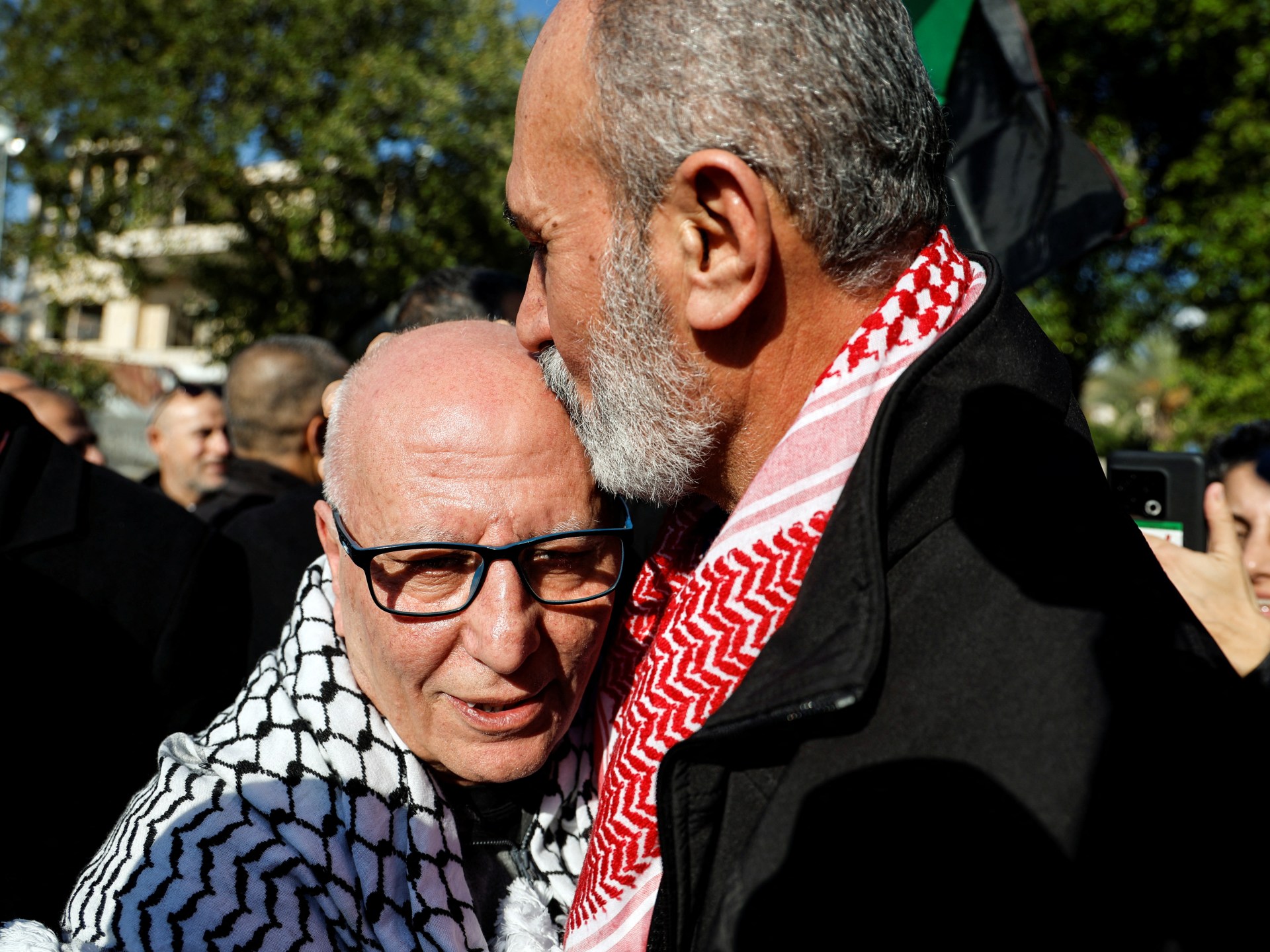 Karim Younis, 66, has been released from Israeli prisons after serving 40 years for the killing of an Israeli soldier.

He was arrested in 1983 and charged in Israeli courts with the killing of an Israeli soldier in the occupied Syrian Golan Heights three years prior.

Younis hails from the Palestinian village of Ara within Israel, where large crowds of relatives and friends greeted him on Thursday.

Younis spoke to Al Jazeera shortly after his release, comparing it to a “military operation”.

He said that he had been moved between different police cars before being dropped off at a location that turned out to be a bus station in Ranana, a town north of Tel Aviv. There, he was able to get in touch with his family, with the help of a passer-by.

Reporting from Ara, Al Jazeera’s Imran Khan said Younis was released at 5:30am (02:30GMT) and that people had poured into the streets of his village to welcome him.

“He was a key figure in the Palestinian struggle,” said Khan. “He is seen as someone who was a rising star within Palestinian politics when he was arrested and charged with murder.”

While the vast majority of Palestinian prisoners in Israeli jails are from the occupied West Bank, Younis is a Palestinian citizen of Israel.

“The Palestinians say he was simply resisting the occupation, the Israelis say this was an internal Israeli matter. He was originally sentenced to life, which was then commuted to 40 years. He is being released simply for the fact that he served his sentence,” added Khan.

Israeli military intelligence visited Younis’ family prior to his release and “told them not to mark it”, said Khan. However, it appears that the family and villagers in Ara have disregarded those instructions.

Younis said that officers came to his cell in the early hours of the morning and told him he was to be released. “I wanted to shower and get ready, but they prevented me,” he said.

Younis was eventually picked up by a relative and brought to his hometown of Ara.

Israeli authorities have not commented on the reports.

Upon his release, Younis visited the grave of his mother who died eight months ago, with images of him emotional at the grave shared by local and international media outlets.

Aseer Mahrar Karim Yunus is near the grave of his mother who died 8 months before the date of her death.#jazeera pic.twitter.com/mzDQlsvIwZ

[Translation: Freed prisoner Karim Younis hugs the grave of his mother who died eight months before his date of release]

There are some 4,700 Palestinian prisoners currently held in Israeli prisons, including 150 children and 835 people held without trial or charge.