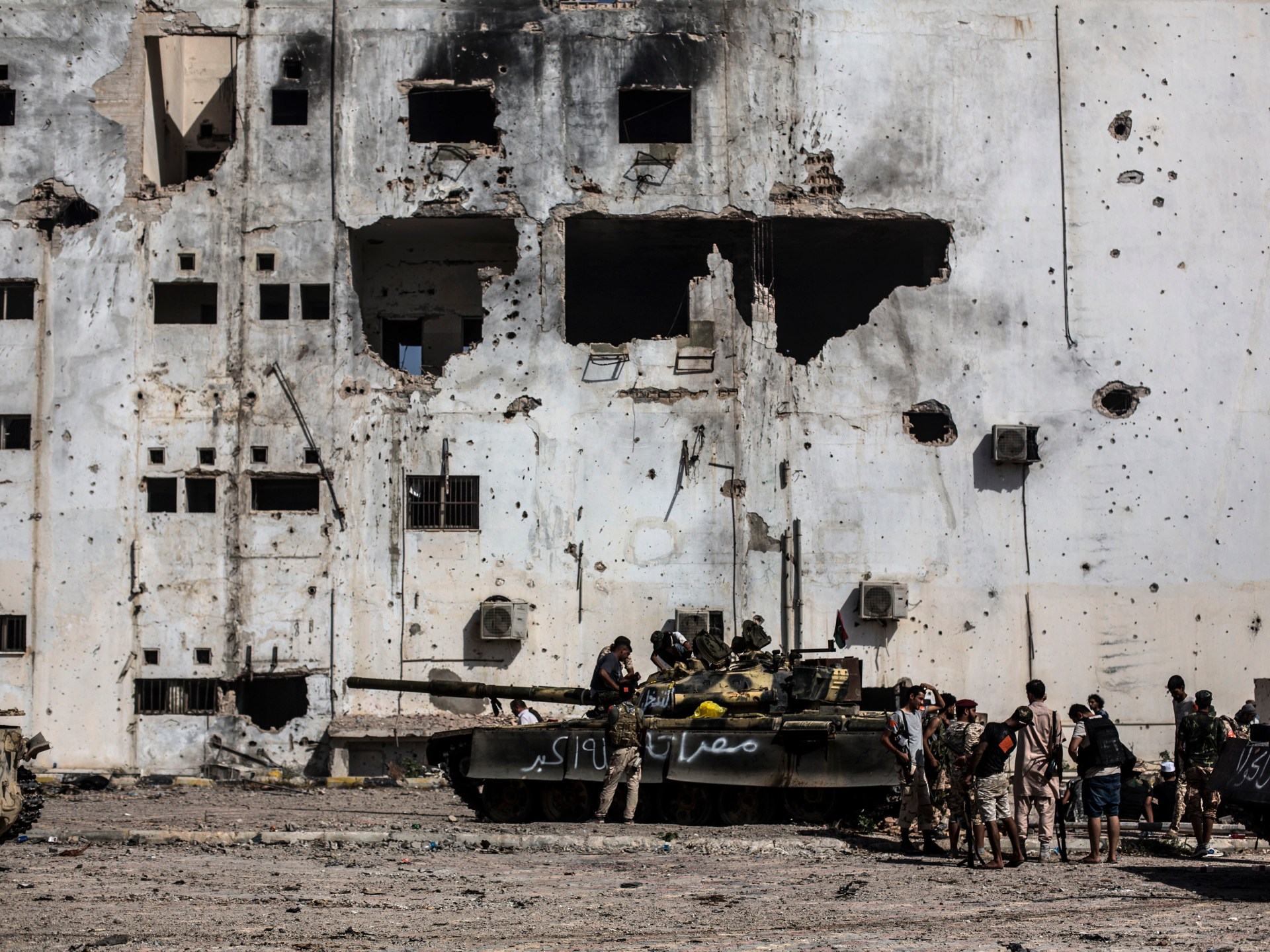 Eighteen bodies are unburied in the Sabaa area of ​​Sirte, which was under the control of ISIL fighters between 2015 and 2016.

Libyan authorities say they have discovered 18 bodies buried in a mass grave in the coastal city of Sirte, a former stronghold of the ISIL (ISIS) armed group in central Libya.

The bodies were unburied in the Sabaa area of ​​Sirte and taken to a local hospital, the Missing Persons Authority said in a statement on Sunday.

It added that workers collected samples of the discovered bones to identify the bodies, without providing further details on the cause of death for those found.

ISIL had seized control of the strategic city of Sirte in 2015, taking advantage of the conflict between various factions of former rebels who emerged as powerbrokers following a NATO-backed uprising and the killing of Libya’s former leader Muammar Gaddafi in 2011.

In 2016, United States-backed forces that were allied with a United Nations-backed government in the capital Tripoli drive ISIL out of the cityGaddafi’s birthplace. Hundreds of alleged former fighters remain incarcerated in prisons, with many awaiting trial.

Libya has been split between rival authorities since Gaddafi’s overthrow and killing,

Sirte is now controlled by forces loyal to renegade military commander Khalifa Haftar based in the country’s east.

Mass graves have been found across Libya over the years amid the country’s instability. In October, officials said they found 42 bodies in a mass grave at a school site in Sirte.

In December 2018, the bodies of more than 30 men were discovered near Sirte, believed to be the corpses of a group of Ethiopian Christians whom ISIL fighters executed in a video the group published years earlier.

In the western town of Tarhuna, hundreds of corpses have been uncovered across several graves after militia fighters loyal to Haftar retreated from the area in June 2020.