Japan PM visit could highlight LNG needs, as Tokyo pushes away from Russia and China 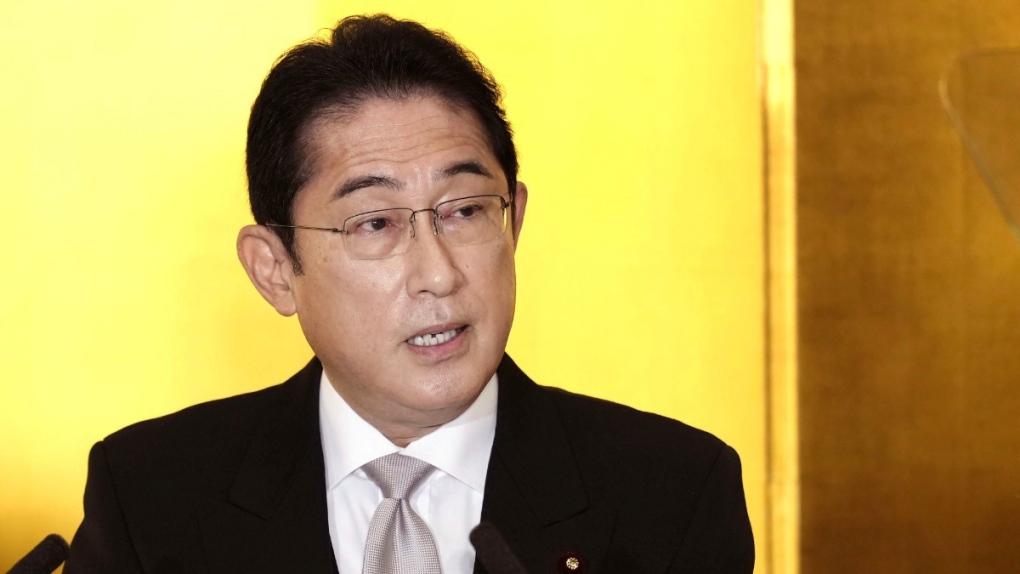 Japan takes over the rotating presidency of the Group of Seven this year and Kishida is embarking on a multi-country tour.

The G7 started as a forum for the world’s largest economies to co-ordinate economic policy, but has broadened its role in recent years to take a key role in punishing Russia for its invasion of Ukraine.

Kishida is set to arrive Wednesday in Ottawa from London, and will leave Thursday for Washington.

It will be the first Canadian visit by an Asian head of government since Ottawa launched its Indo-Pacific strategy last November, which called for closer ties with countries that can counterbalance China’s influence.

Japan is similarly trying to pivot away from a reliance on China and Russia for electricity and food.

To that end, Kishida has created the position of a minister of state for economic security, and is trying to bring nuclear reactors back online after dozens were halted following the 2011 Fukushima disaster.

The country is so reliant on Russian fuel that G7 countries gave Japan an exemption on a measure that caps the price of Russian oil below market rates, to avoid Japan facing the same scramble for energy that Europe undertook last year.

Trevor Kennedy, the Business Council of Canada vice-president for international policy, said Kishida will likely seek a further commitment from Canada to sell liquefied natural gas, and mention an ongoing interest in hydrogen.

“They’re stuck in a situation where they’re sourcing their LNG from Russia, and they don’t have another option,” said Kennedy, who has worked in Japan.

Japan and South Korea have invested in Canada’s first LNG export terminal in Kitimat, BC, which is set to come online in 2025.

Kennedy said both countries and Canadian firms are watching to see whether the terminal meets that timeline, given the delays other large energy projects in Canada have faced.

He said the energy sector, Tokyo and Seoul also want Ottawa to boost the LNG sector by expanding the terminal or launching more of them. Otherwise, Japan and South Korea will have to rely on gas from Russia, or ask faraway countries to send supplies through waters China is trying to control.

Last month, Foreign Affairs Minister Melanie Joly said Canada’s goal is to be as close to South Korea and Japan as Ottawa is to Germany, France and the UK.

Kennedy said it’s an obvious decision, given the pair are democratic countries that share the same values. But he said it requires a sense of urgency.

“We need to be more deliberate about how we engage,” he said.

“A lot of it is a mindset, and just understanding that these are our neighbors.”

Kennedy said Canadian businesses have been looking past Japan for the last three decades. The country’s economic bubble burst in 1991, just as other Asian countries started posting stronger growth. Japan’s population is also aging at one of the fastest rates in the world.

Yet the country remains the world’s third-largest economy, Kennedy noted, and it’s flush with capital that firms are seeking to invest abroad.

Railways and telecommunications companies, for example, have barely any room to develop more services within Japan, and have been focusing on investments elsewhere.

The CPTPP trade deal, which spans most of the Pacific Rim, has helped boost Canadian exports to Japan, particularly pork and canola products.

Japanese companies are now looking to expand electric-vehicle production in North America, and Ottawa is under pressure to match American subsidies on the production of green vehicles and components.

Last month, Japan’s new defense strategy called for working with allies to ward off threats from North Korea and China, and has made it legal for Japan to strike enemy bases. Tokyo is also boosting military spending by 26 percent in just one year.

Next week, Prime Ministers Justin Trudeau and Kishida will likely take stock of a plan both countries issued last October, spanning everything from fighting illegal fishing to implementing a military intelligence sharing deal.

Kishida might also publicly endorse Canada’s desire to join the Indo-Pacific Economic Framework for Prosperity, a forum for co-ordinating supply chains and tax policy. Ottawa claims that all members of that group want Canada to join.

At a Thursday speech in Washington, Japanese trade minister Yasutoshi Nishimura said his country plans to use its year leading the G7 to encourage allies to lessen their dependence on rogue states like Russia and China.

He told the Center for Strategic and International Studies think tank that rich countries assumed that economic ties with poorer states would have made them less volatile.

“It was poverty that sparked violence and conflict; prosperity was a seabed of peace,” Nishimura said. “Our assumption was unmistakably an illusion.”

He argued that like-minded countries need to identify the states that undertake “economic coercion” and have clear strategies to lessen their effect.

“By making economic growth possible, the free-trade system ended up increasing the legitimacy of authoritarian regimes,” he said.

Nishimura noted that Russia has cut off gas exports to punish countries. He chastised China for arbitrarily banning agricultural imports such as pineapples from Taiwan, an example reminiscent of China’s past ban on Canadian canola.

“There is a risk involved in relying excessively upon a single country economically and we now fear that risk more intensely than ever,” Nishimura said.

He said countries need to put up cash for innovation, such as producing semiconductors and recycling the rare minerals found in electronic waste. “We must make bold investments on a scale never seen before.”

Experts will watch for big-ticket announcements at the G7 leaders’ summit this May in Hiroshima. Kishida has hinted he might also use the summit to try furthering the cause of nuclear disarmament, given the host city was devastated by an atomic bomb in the Second World War.


This report by The Canadian Press was first published Jan. 7, 2023.