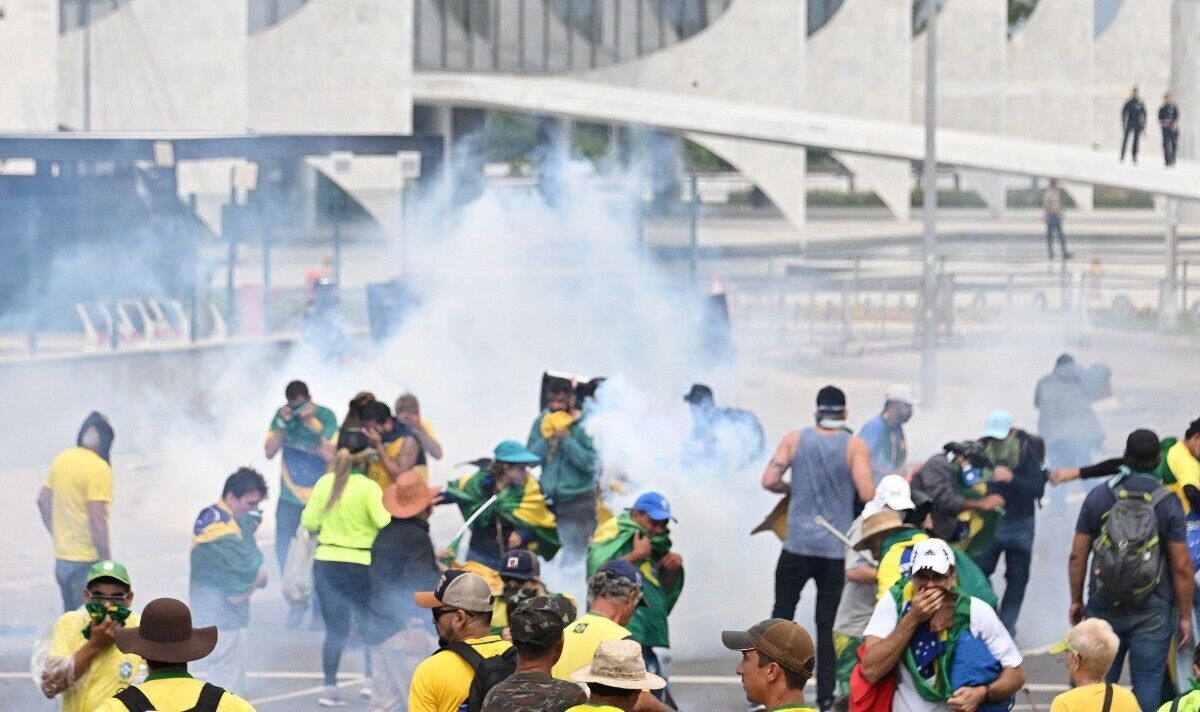 Supporters of former Brazilian President Jair Bolsonaro have stormed the presidential palace and supreme court in the country’s capital Brasilia.

Images have emerged of people breaking into the building while chanting. Shocking video online also shows the mob attacking a police officer on a horse.

Last Sunday, left-leaning Luiz Inácio Lula da Silva was sworn in as Brazil’s president after his election victory in October.

His presidency was greeted with celebrations from hundreds of thousands of his supporters, but millions in the divided country were also left furious after Bolsonaro lost power.

In fact, immediately after the election defeat, Bolsonaro and his close allies started casting doubt over the fairness of the election without evidence.

Now, thousands of his supporters have spent weeks campaigning for a military coup to remove Lula from office.

This has already sparked comparisons to the aftermath of the 2020 US election when outgoing president Donald Trump baselessly claimed the vote was “stolen” from him.

Bolsonaro’s supporters were seen wearing the yellow and green Brazil flag, which has become synonymous with his far-right movement.

They marched from a military base to the Three Powers Plaza, which houses the supreme court, the presidential palace and congress.

Leftist politicians have expressed anger in response to Bolsonaro’s supporters.

André Janones, an ally of Lula, echoed this while sharing images of the mob on social media. He said: “Terrorists have invaded the Planalto.”

Lula has become Brazilian president for a second time. He was earlier sentenced to 12 years in prison on corruption charges but was later released from prison in 2019 after a supreme court ruling.