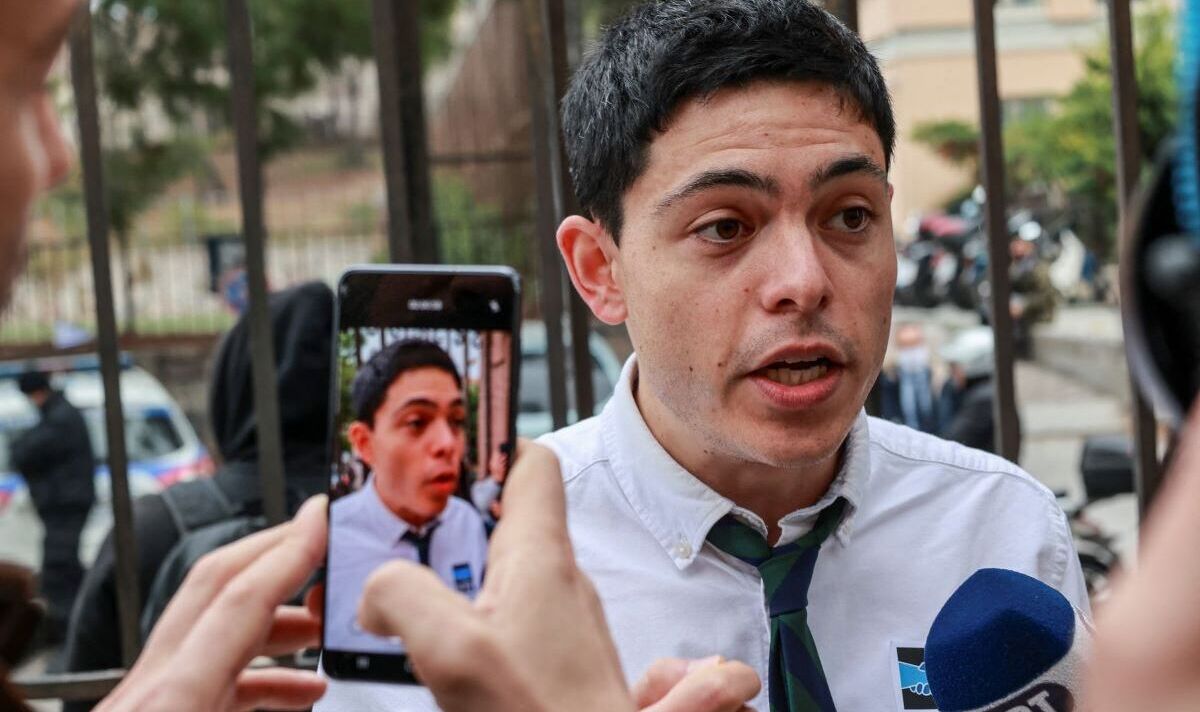 Queues of refugees arrive on the Greek island of Lesbos

Sean Binder said the trial was “an attack on the idea of ​​human rights and the rule of law” but added he was confident of being found innocent in a fairly run trial.

Binder is currently on trial in Lesbos for people-smuggling charges. (Image: Getty)

Mr Binder also said he has received racist messages and death threats for helping people who were crossing the Mediterranean to Europe, but stressed the need to understand the fears people have about migration.

The Kerryman is one of 24 migrant rescue volunteers on the Greek island of Lesbos charged in 2018 with a range of offenses including misdemeanor counts of espionage-related offences, illegal access to state communications and assisting criminal activity.

The defendants deny any wrongdoing, maintaining that they had wanted to help save lives when Lesbos was overwhelmed by refugees and migrant arrivals from nearby Turkey.

Mr Binder, a trained rescue diver from Castlegregory, was in Lesbos to volunteer with Emergency Response Center International, a Greek non-governmental organisation.

Despite the NGO working closely with police and the coastguard, he was arrested and charged in August 2018 and placed in pretrial detention for almost four months, alongside people accused of murder.

Amnesty International and other organizations have criticized the Greek authorities for using the “farcical” and “baseless” charges to make an example of humanitarian workers.

The trial of Mr Binder and others over misdemeanor charges is set to begin on Tuesday, although the felony charges could take up to 15 years longer to be brought to trial in the Greek system.

Lesbos has been a hotspot for migrants arriving into Greece. (Image: Getty)

Mr. Binder told the PA news agency that he is eager for the trial to begin, but fears it will be drawn out further.

“The misdemeanor (trial) had to happen effectively now, otherwise they’d lose the opportunity, wile for the felony trial, that can take another 15 years.

“And given the tactics so far by the prosecution to make this take as long as possible, we fear that we won’t be receiving the felony indictment any time soon, which presents possibly a silver lining.

The case was last adjourned in November 2021 and it is possible Tuesday’s hearing could result in another adjournment.

“It is just a material fact that using WhatsApp doesn’t make you a spy. It is a fact that helping people at risk of drowning is not smuggling. It is a fact that just because you happen to operate at a charity, you are The arguments, the facts pulled, the evidence brought forward by the prosecution and the police investigation are so weak.

Refugee activists are currently on trial at the Mytilene courthouse on Lesbos. (Image: Getty)

“For example, the prosecution alleged that I committed smuggling on 12 occasions, the majority of those occasions, I was not on the island of Lesbos. It would be impossible for me to be in two places at once – one, at the border pulling people across it, and once for example, on my graduation at university.

“So I’m relatively confident that when we get to trial, and if it is indeed a fair trial, that I will be found innocent.

“The fundamental thing about this is that what I did isn’t all that special – we have this view that search and rescue is going out to sea and pulling people out of the water, and while that happens on occasion, the vast majority of the time I sat at the shoreline for seven hours in complete darkness, looking at the sea, holding a bottle of water and a blanket.

“And then to be arrested for doing really a small act of kindness, it is nothing more than that, is shocking.

“I mean, it is terrifying that the Greek state and the European Union – because it happens all across the union – will criminalize a 24-year-old for holding a bottle of water rather than doing what it’s supposed to do, which is abide by its own laws.

“Every bit of international law, every bit of European Human Rights Convention requires what I did, and more. The hypocrisy of the situation is deeply damaging to the EU as a whole.

“It’s an attack on the idea of ​​human rights and the rule of law.”

Sean with his mother outside the courtroom (Image: Getty)

Mr Binder said Emergency Response Center International had won awards and worked with the Greek authorities, even lending them equipment.

“In an ideal world, there would be no need for search and rescue. In a better world, the authorities would be doing it. In the reality in which we live, a medic from one of the best-funded EU agencies has to email a 24-year-old volunteer to supply them with medical equipment.”

Mr Binder also spoke about the hate mail he gets from people who accuse him of not being Irish and argue that migrants should have been “left to drown”.

He said that people say “nasty things” such as that “people should be left to drown”, and that what he did was criminal.

“I get some hate mail from Ireland, for example, that I’m not Irish. People who send me racist messages, often times, I’ll troll them back. When people say ‘You’re not Irish’, I’ll respond in Irish and make fun of them in Irish.

“I also send a follow-up message saying ‘Look, I get that you’re angry and that you’re upset’. And there’s always an underlying view that is legitimate, and it’s important that we’ve to look past the racism and the initial anger and to find out ‘why are you telling me this?”‘

Mr Binder says he’s “powering through”, but if all 24 are found guilty, the consequences would be “far greater and far more worrying”.

“It’s one thing if I go to prison, because I’m just one person and it doesn’t really matter. But if the 24 of us go to prison for doing what everybody else does, and would do, that really, really does matters.”