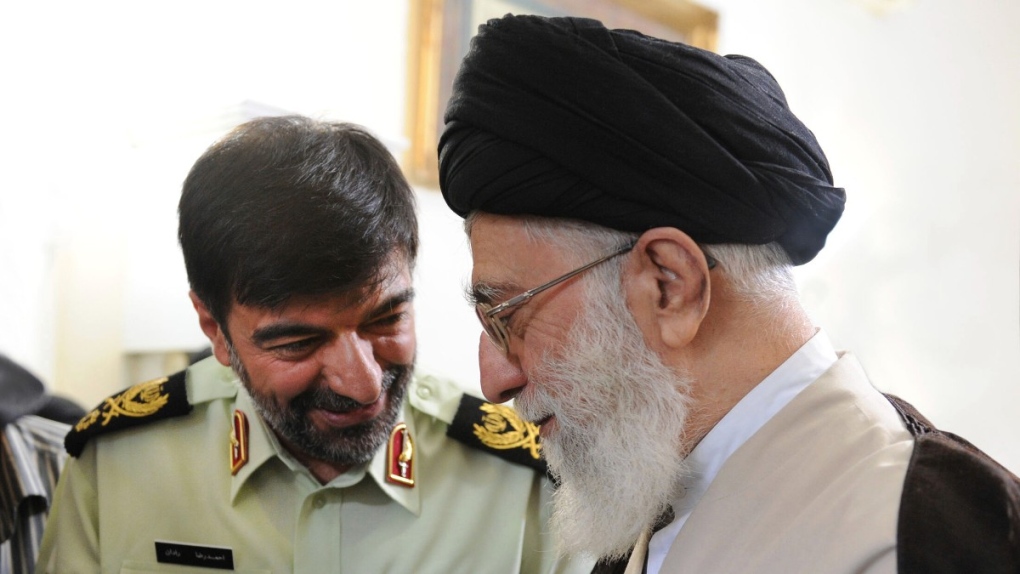 Iran’s judiciary identified those executed as Mohammad Mehdi Karami and Mohammad Hosseini, making it the four men known to have been executed since the demonstrations began in September over the death of Mahsa Amini. All have faced internationally criticized, rapid, closed-door trials.

The judiciary’s Mizan news agency said the men had been convicted of killing Ruhollah Ajamian, a member of the Iranian Revolutionary Guard’s volunteer Basij force, in the city of Karaj outside of Tehran on Nov. 3. The Basij have been deployed in major cities, attacking and detaining protestors, who in many cases have fought back.

The tribunals don’t allow those on trial to pick their own lawyers or even see the evidence against them. Amnesty International has said the trials “bore no resemblance to a meaningful judicial proceeding.”

State TV also aired footage of Karami and Hosseini talking about the attack, though the broadcaster for years has aired what activists describe as coerced confessions.

The men were convicted of the killing, as well as “corruption on Earth,” a Quranic term and charge that has been levied against others in the decades since the 1979 Islamic Revolution and carries the death penalty.

Activists say at least 16 people have been sentenced to death in closed-door hearings over charges linked to the protests. Death sentences in Iran are typically carried out by hanging.

At least 517 protesters have been killed and over 19,200 people have been arrested, according to Human Rights Activists in Iran, a group that has closely monitored the unrest. Iranian authorities have not provided an official count of those killed or detained.

The protests began in mid-September, when 22-year-old Amini died after being arrested by Iran’s morality police for allegedly violating the Islamic Republic’s strict dress code. Women have played a leading role in the protests, with many publicly stripping off the compulsory Islamic headscarf, known as the hijab.

The protests mark one of the biggest challenges to Iran’s theocracy since the 1979 revolution. Security forces have used live ammunition, bird shot, tear gas and batons to disperse protesters, according to rights groups.

Radan, who served as acting commander of police from 2008-2014, is known for his harsh handling of protesters during post-election turmoil in 2009. He also imposed measures against women wearing loose Islamic veils and young men with long hair.

The US and Europe imposed sanctions on Radan for human rights violations in 2009 and 2010.

He has been in charge of a police research center since 2014.