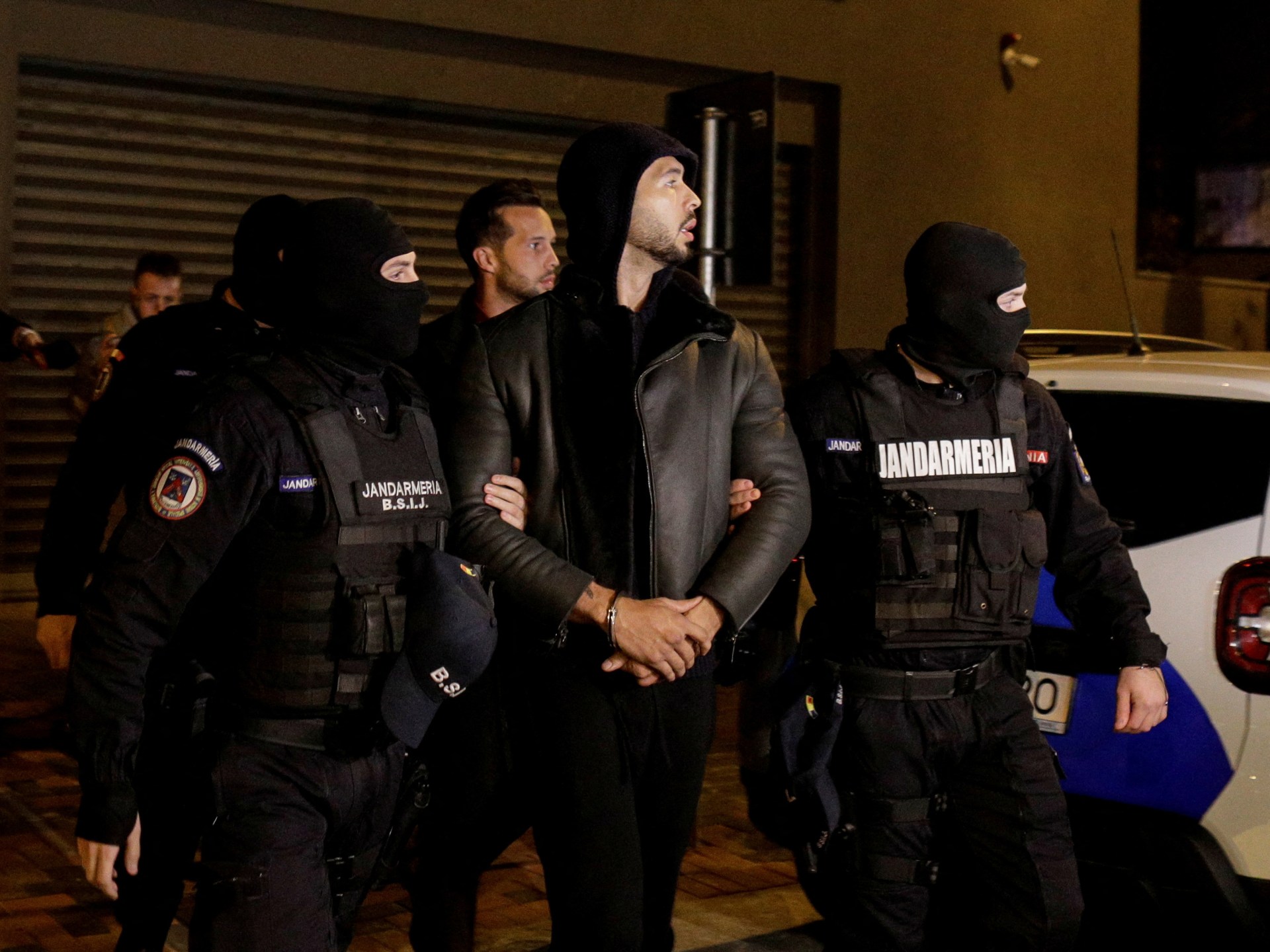 Controversial British-American internet personality had been questioned by Romanian authorities in April.

Andrew Tate, a controversial British-American kickboxer-turned-internet personality, and his brother have been detained in Romania as part of an investigation into alleged human trafficking.

Tate and his brother, Tristian, will be held for questioning for up to 24 hours, according to Romanian prosecutors.

Footage broadcast on Romanian television on Thursday night showed Tate, one of the most high-profile and divisive influencers, being led into a police vehicle by armed police.

Romania’s Directorate for Investigating Organized Crime and Terrorism did not name any suspects but said in a statement that four individuals – two United Kingdom citizens and two Romanian nationals – are alleged to have formed a criminal group to carry out human trafficking in Romania as well as other countries including the UK and the United States.

Investigators identified six alleged victims who had been sexually exploited by the group, which lured the women by expressing interest in a romantic relationship before using physical violence, intimidation and surveillance to force them into producing pornographic material, the directorate said.

The investigation relates to allegations of organizing a criminal group, human trafficking and rape, the directorate said.

In April, the Tate brothers were questioned by Romanian authorities after a tip about a US woman being held against their will but both were released without any arrests made.

Andrew Tate later said in a YouTube video that he had been “pranked” by someone making a false report and that he was “totally innocent”.

Tate’s detention comes a day after his back-and-forth on Twitter with climate activist Greta Thunberg exploded across the internet.

Tate, who has amassed billions of views across social media with his videos depicting a lifestyle filled with fast cars, exotic locales and beautiful women, has been banned on Facebook, Instagram, Twitter and TikTok for expressing extreme views, including that women bear some responsibility To install sexual assault.

Tate’s Twitter is among a number of controversial accounts that were reinstated after Elon Musk, a self-described free absolutist, bought the platform in October.