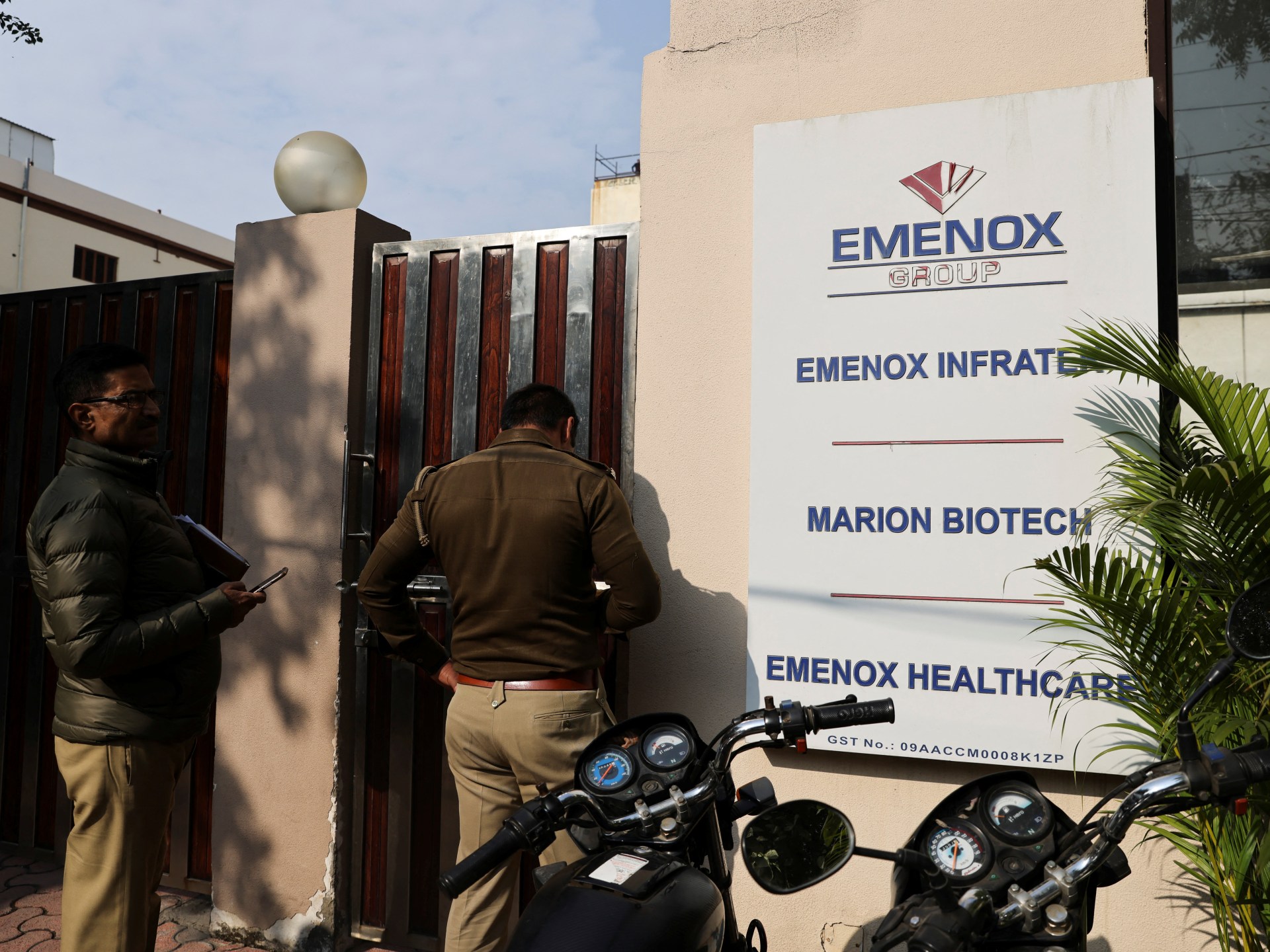 Among the world’s biggest rug exporters, India is investigating the firm whose cough syrup has been linked to the deaths.

India has launched an investigation into the death of 18 children in Uzbekistan after they consumed an Indian-manufactured cough syrup, as one of the world’s biggest drug exporters faces increasing scrutiny over the quality of medicines it produces.

In a statement on Thursday, India’s health ministry said the Central Drugs Standard Control Organization (CDSCO) — the country’s drug regulatory authority — was communicating with its counterpart in Uzbekistan over the incident.

Uzbekistan’s health ministry had said in a statement on Wednesday that the children had died after consuming a medicinal syrup, Dok-1 Max, manufactured by Indian drug maker Marion Biotech Pvt Ltd. It said preliminary tests had shown that the syrup contained ethylene glycola toxic substance that has been linked to child deaths previously too.

“Immediately on receipt of the information, joint inspection of the Noida facility of the manufacturer, Marion Biotech, was carried out by Uttar Pradesh Drug Control and CDSCO team and further action as appropriate would be initiated based on the inspection report,” the Indian government said in its statement on Thursday. Noida is a suburb of capital New Delhi and sits in the northern state of Uttar Pradesh. The Indian ministry said samples of the cough syrup had been taken for testing.

A spokesperson of the World Health Organization (WHO) told Al Jazeera that the organization is “in contact with health authorities in Uzbekistan and is ready to assist in further investigations”.

Hasan Harris, a legal representative of Mario Biotech, was quoted by the Indian media saying the manufacturing of the drug has been halted.

The incident comes months after the deaths of 70 children in the Gambia were linked to a cough syrup made by New Delhi-based Maiden Pharmaceuticals Ltd, though the company and the Indian government denied any problem with the quality of the drug. Vietnam blacklisted Maiden in 2014.

Many low and middle-income countries rely on India for drug supplies. India supplies 45 percent of all generic medicines to Africa. Its pharmaceutical exports have more than doubled over the past decade.

Prashant Reddy, a public health activist in India, told Al Jazeera that “the main problem is that there is no transparency about how the drug regulator works”.

“It obviously doesn’t bode too well for India that there have been two such incidents in a matter of few months,” Reddy said, adding that the Indian government should act to convince not just the global market but Indians that the medicines manufactured in the country meets acceptable standards.

“The India pharma regulator has to be a lot more transparent. They have to ensure that quality measures are followed,” Reddy said. “Children are dying and it is alarming.”

But J Jayaseelan, vice president of the Indian Pharmaceutical Association, an industry body, told Al Jazeera that “there is a lobby of competitors working against India”.

“India is supplying drugs to the whole developing world. The investigations will happen and things will be clear. But this seems a false allegation,” he said. “We are the leader in the pharmacy world so competitors will try to do these kinds of things. There were similar allegations earlier as well but nothing has been proven scientifically.”

Jairam Ramesh, a leader from India’s opposition Congress party, has demanded that the government must stop “boasting about India being a pharmacy to the world” and instead take the “strictest action” against anyone found responsible for the deaths in Uzbekistan.