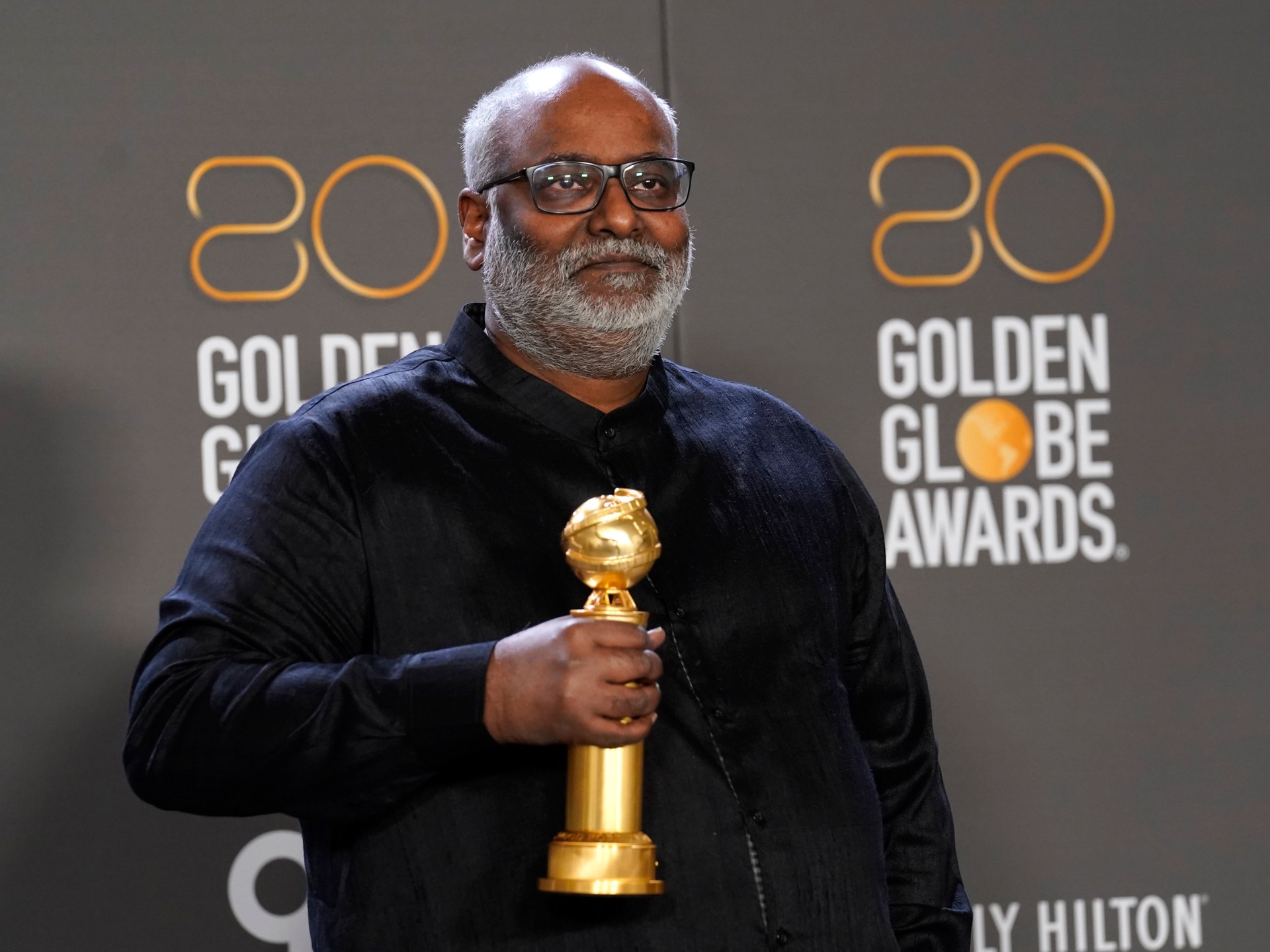 Local media reports said it was the first time an Indian film has won an award at the competition.

India is celebrating a rare Hollywood award triumph after the regional-language film RRR won a Golden Globe for the best song, seeing off competition from leading singers Taylor Swift and Rihanna.

“This prestigious honor has made every Indian very proud,” Modi said on Twitter.

Local media reports said it was the first time an Indian film has won an award at the competition.

RRR was also nominated in the best non-English language film category but it lost to the film Argentina, 1985.

According to director SS Rajamouli, a scene featuring the song was shot outside Ukrainian President Volodymyr Zelenskyy’s official residence in 2021 – before Russia’s invasion.

The critically acclaimed Rajamouli, who has produced some of India’s biggest blockbusters in the last few years, said it was a “special” award.

“SPEECHLESS Music truly knows no boundaries. I thank each and every fan across the globe for shaking their leg and making it popular ever since its release. #GoldenGlobes,” he tweeted.

In the song, co-actors Ram Charan and Nandamuri Taraka Rama Rao Jr stomp across the floor in a vigorous routine that blends multiple dance styles and has sparked viral imitations online.

“It took me two months to choreograph it. We shot for 20 days and did 43 retakes,” choreographer Prem Rakshit told Indian media.

“Sir just woke up and started dancing to Naatu Naatu celebrating your win at Golden Globes,” Khan told Rajamouli on Twitter. “Here’s to many more awards & making India so proud!!” he added.

Led by the Hindi-language Bollywood, India has the world’s most prolific film industry. it churns out thousands of movies each year in multiple Indian languages, which are also dubbed and consumed by audiences across South Asia, Central Asia, Africa and beyond.

Rajamouli told The Hollywood Reporter before his win that global recognition was “really important”.

“If this buzz really puts a spotlight on our industry and helps me and my filmmakers in the future to take our stories outside the world. So it is really really important to us,” he said.