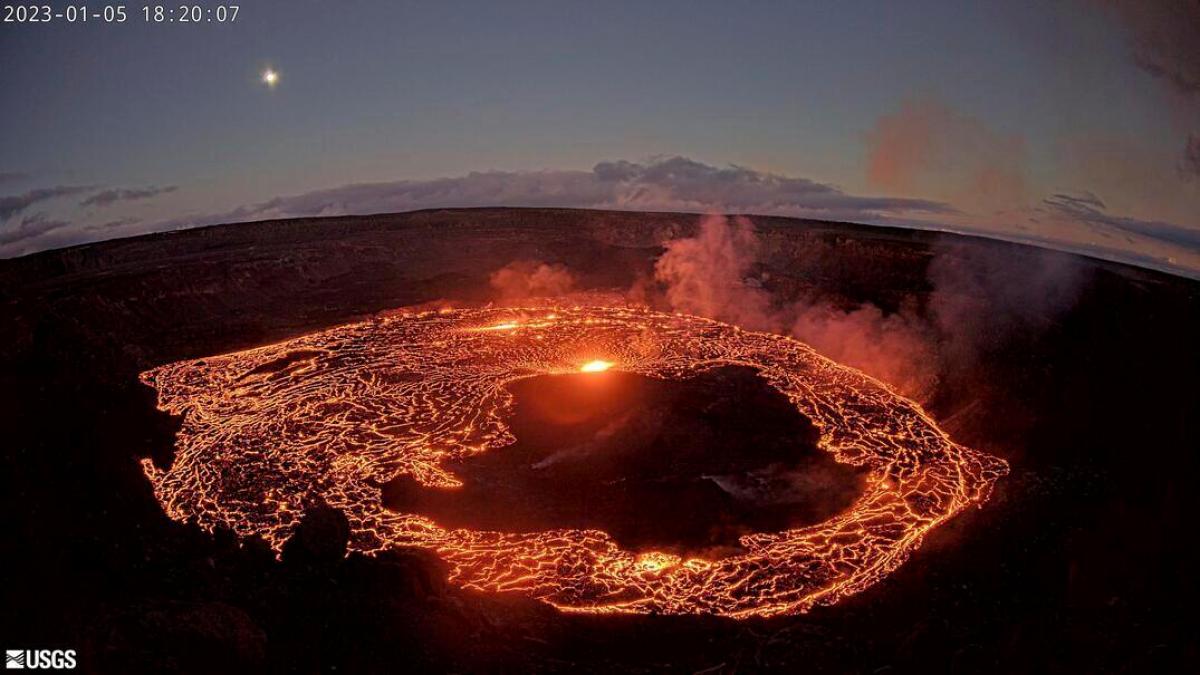 The Kilauea volcano in Hawaii has begun erupting less than a month after it and its larger neighbor Mauna Loa stopped releasing lava from a previous eruption.

The Volcano Hawaiian Observatory said it detected a glow in webcam images, indicating Kilauea had begun erupting on Thursday inside Halemaumau crater at the volcano’s summit caldera.

Kilauea’s summit is inside Hawaii Volcanoes National Park and away from residential communities.

Earlier on Thursday, the United States Geological Survey raised the alert level for Kilauea due to signs that magma was moving below the summit’s surface, an indication that the volcano might erupt.

The agency said the eruption produced volcanic smog, known as vog, which has been observed downwind from Kilauea.

Kilauea is one of the world’s most active volcanoes. For about two weeks starting on November 27, Hawaii had two volcanoes spewing lava side by side when Mauna Loa, the world’s largest volcano, erupted for the first time in 38 years.

Both volcanoes stopped erupting at about the same time.

During the twin eruptions, visitors to Hawaii Volcanoes National Park were able to see lava from both eruptions at the same time.

“It was a beautiful eruption, and lots of people got to see it, and it didn’t take out any major infrastructure, and most importantly, it didn’t affect anybody’s life,” said Ken Hon, the Hawaiian Volcano Observatory’s scientist in charge.

Lava from Mauna Loa didn’t pose a threat to any communities, but it flowed to within 1.7 miles (2.7 km) of a major highway connecting the east and west sides of Hawaii, the largest island in the Hawaiian archipelago. A 2018 Kilauea eruption destroyed more than 700 residences.

The observatory will continue monitoring the volcanoes for signs of renewed activity. Hon previously said there is generally a three-month “cooling-off” period before scientists consider an eruption to be complete.

It was unclear what connection there could be to the volcanoes stopping their eruptions around the same time. The volcanoes can be seen at the same time from multiple spots in Hawaii Volcanoes National Park near Kilauea’s caldera.

Scientists plan to look at the data to study the relationship between the two volcanoes, Hon previously said.

During Mauna Loa’s eruption, many Hawaiians took part in cultural traditions, such as leaving offerings, singing, chanting and dancing to honor Pele, the deity of volcanoes and fire.