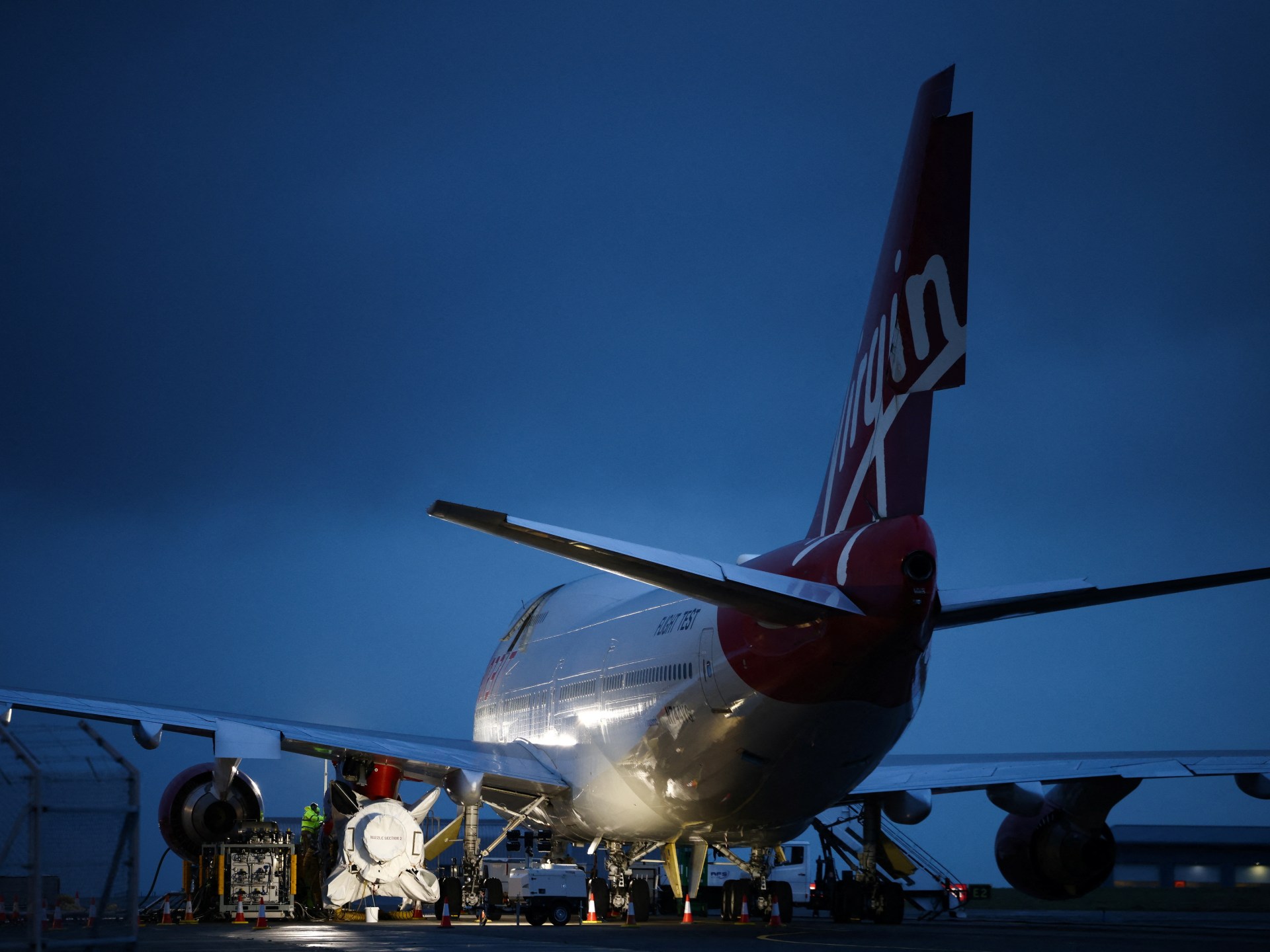 The first orbital satellites to set off for space from Western Europe are to launch on Monday from Cornwall in southwest England.

Virgin Orbit – part-owned by billionaire Richard Branson, who founded the Virgin Atlantic airline – plans to use a modified Boeing 747 with a rocket attached under its wing for the first time outside the company’s base in the United States.

Once the plane is at around 10,670 meters (35,000 feet), the rocket will be released over the Atlantic, taking small satellites from seven customers into orbit in what is known as a horizontal launch.

The mission has been given a window for takeoff from 10:16pm (2216 GMT) but that is dependent on the weather and other scheduling and system issues. Virgin Orbit said there are backup dates in mid- and late January.

“You obviously want the best weather possible to ensure the best performance out of the system and to get the satellites exactly where they need to be,” said Melissa Thorpe, head of Spaceport Cornwall.

A successful ground test known as a “wet dress rehearsal”, which involves fueling the rocket inside a special safety zone, was held on Thursday.

The idea of ​​releasing a rocket from a converted jetliner, pioneered by Orbital Sciences in the 1990s, is designed to offer a flexible and low-cost route to orbit as the number of small satellites in low Earth orbit grows dramatically.

The mission highlights an emerging small-launch sector just as Europe faces a growing crisis due to the Ukraine war, which has cut access to Russia’s Soyuz spacecraft. There are also delays with the Ariane 6 rocket, which is being developed for the European Space Agency, and the grounding of Vega rockets after a failed launch last month.

Britain has a large space industry, which employs 47,000 people. They build more satellites than anywhere outside the United States, but they have had to send them to spaceports in the US, French Guiana or Kazakhstan before they can make it into orbit.

Britain plans two vertical micro-launch sites in Scotland but now faces competition from Scandinavia and Germany in a new market for small launchers carrying miniature payloads to low Earth orbit. It believes it has an advantage in this space race due to its proximity to less congested oceanic airspace.

Even so, the Virgin Orbit launch was delayed in part due to the regulatory clearances needed for the inaugural flight.

“When you look at the way that the low Earth orbit economy is developing, it’s the place that everybody is looking to put their satellites whether it be for climate change, observation or urban development or indeed for security purposes,” Ian Annett, deputy CEO of the UK Space Agency told the Reuters news agency.

“The ability to access low Earth orbit with micro-launches is definitely not a stable market,” he said. “It is one that is continuing to grow.”

The European Space Agency recently embraced the use of small launchers for some missions although commentators such as Peter de Selding, co-founder of SpaceIntelReport.com, have questioned whether there is enough demand in Europe for multiple types.

The rural Cornwall spaceport is located at a regional passenger airport in Newquay and won approval late last year.

The mission has been called Start Me Up after a Rolling Stones song released on Virgin’s sister record label and is a joint project with the UK Space Agency, Cornwall Council and Britain’s Royal Air Force.

The rocket and its supporting equipment were flown to the UK to be assembled in Cornwall.

Now, Virgin Orbit hopes the launch will demonstrate the global reach of its 747-based system beyond traditional launchpads. It says it is in discussions to apply the same blueprint in Australia, Japan and elsewhere.

“This activity opens up a gateway for space launch in the UK, but it also opens up an idea that space launch doesn’t have to be centralized in a couple of places in the world,” Hart said.

Analysts say that could stimulate national security demand and carve out a flexible launch network to fill gaps quickly in times of conflict – a need highlighted by the Ukraine war.

But de Selding warned that controlling costs in the already economically stressed space launch sector would be crucial.