President warns of ‘difficult’ times as inflation rises in Egypt 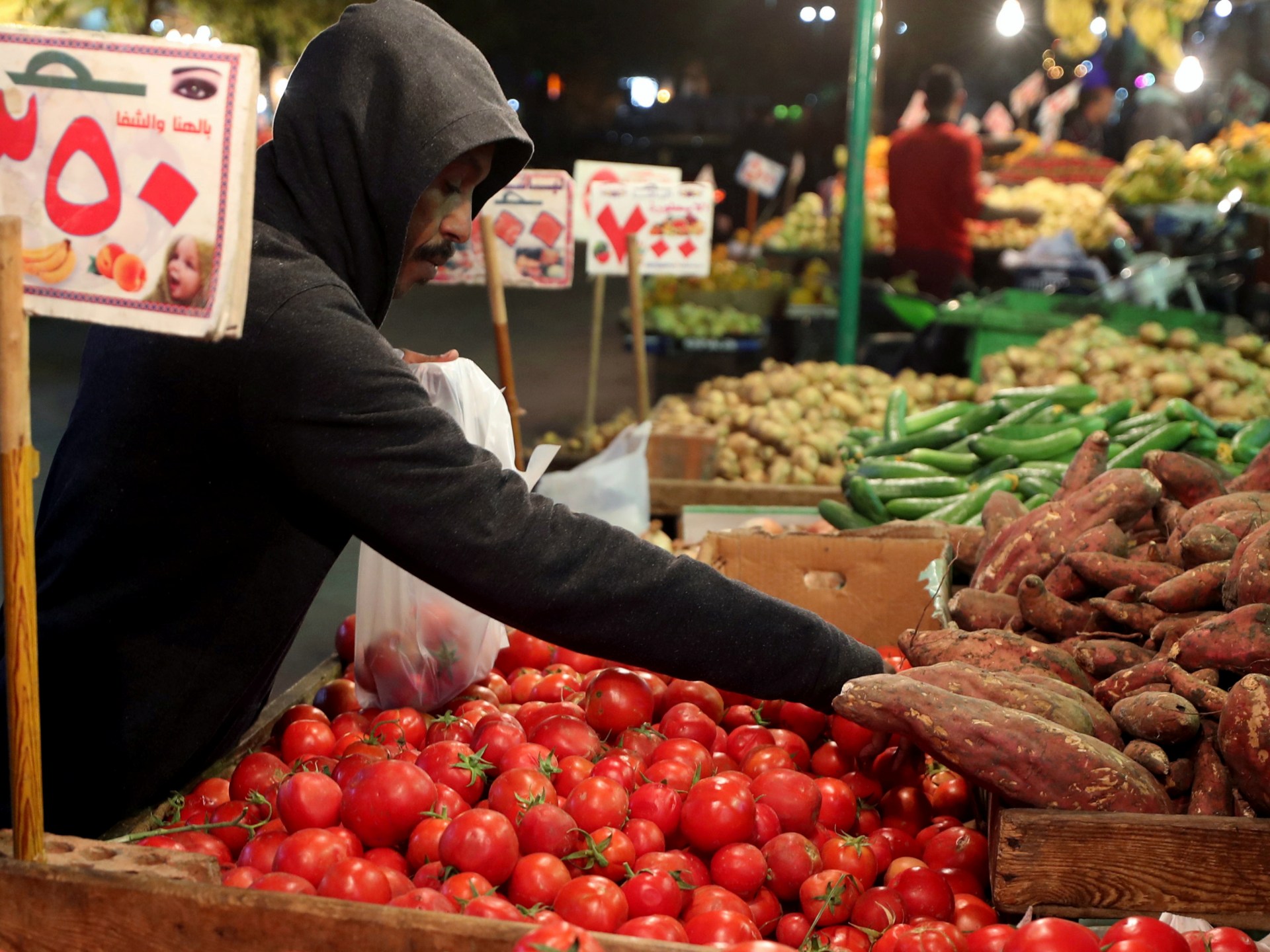 Prices in Egypt have risen across many sectors, from food items and medical services to housing and furniture.

Egypt continues to battle surging inflation amid a dramatic slide of its currency as many Egyptians struggle with price hikes, the country’s statistics bureau has said.

The state-run Central Agency for Public Mobilization and Statistics (CAPMAS) released figures on Tuesday showing that the annual inflation stood at 21.9 percent last month, up from 19.2 percent in November. That is compared with 6.5 percent in December 2021, before inflation ballooned in 2022, following the outbreak of Russia’s war on Ukraine that rattled the world economy.

Prices in Egypt rose across many sectors, from food items and medical services to housing and furniture.

“Food and beverages were up 4.6 percent month-on-month (adding to the 4.5 percent in November), impacted mainly by bread and cereals, dairy, vegetables and meat,” said Allen Sandeep of Naeem Brokerage.

This goes somewhat towards absorbing a 25 percent devaluation in late October but portends more inflation to come, Sandeep said.

“Now combined monthly inflation has risen by around 7 percent over three months. This is close to a 30 percent pass through to the urban CPI index. With the new round of devaluation ongoing, which we expect to be roughly 15 percent, we can expect annual CPI to touch 25 percent by February.”

The higher inflation has inflicted heavy burdens on consumers, especially lower-income households. Nearly 30 percent of Egyptians live in poverty, according to official figures.

Most of Egypt’s more than 104 million population has suffered due to inflation since the government embarked on an ambitious reform program in 2016 to overhaul the country’s battered economy. That program included painful austerity measures like the flotation of the Egyptian pound and the slashing of subsidies for fuel, water and electricity.

The economy was also hit hard by the coronavirus pandemic and the fallout from the war in Ukraine. Egypt is the world’s largest wheat importer, with most of its imports having traditionally come from Eastern Europe.

The government has sought to curb state spending, halted the implementation of costly new projects that consume foreign currency, and ordered state agencies to embark on austerity measures.

Decisions in recent months by the Central Bank of Egypt (CBE) to raise its main interest rate and devalue the pound have set off an economic shock that hit millions who found their savings running low as the cost of living surged.

The measures were meant to fight increasing inflation and meet the requirements of the International Monetary Fund for a bailout loan amid a shortage of foreign currency.

Last month, the CBE announced it aims to bring down inflation to about 7 percent by the fourth quarter of 2024, though it was not clear how that would happen amid current trends.

The IMF approved the $3bn support package for Egypt after a series of reforms, including devaluation.