Drunken British tourists held by police after climbing on sculpture 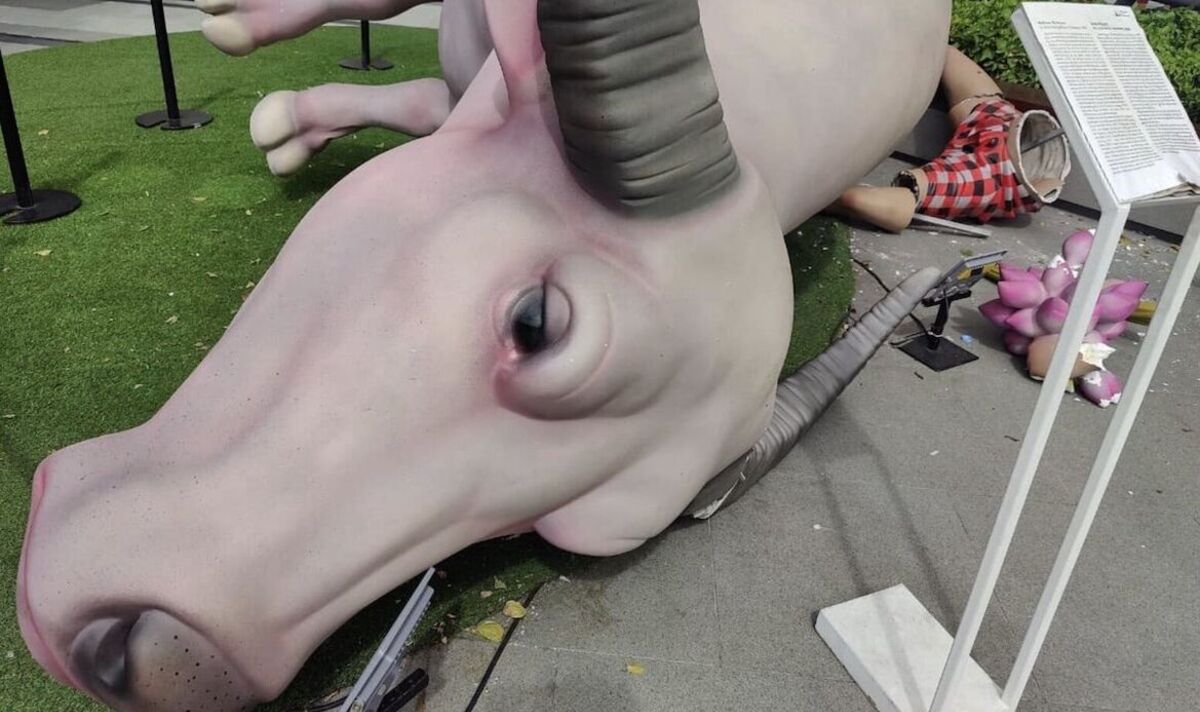 Authorities have blamed the destruction of a beloved local art installation in Thailand on two “drunken” British tourists. Officials have alleged Joshua Burgoyne, 34, from London, and Georgia Betts, 28, from Leicester, clambered onto and broke a statue of a giant albino buffalo outside a gallery in Bangkok on Friday, January 6. They said that “video evidence” from The scene showed the pair fleeing alongside two German tourists before they were apprehended by security and taken to a local police station.

Apinan Poshyananda, the festival chief executive, accused the two Brits – who now live in Australia – of breaking the statue over the weekend.

In a Facebook post, he explained that the 12ft fiberglass statue had broken under its weight, and they had tried to run with the other two backpackers around 2am.

Writing on his page, local author and politician Professor Poshyananda bid farewell to the “amazing work” he said had “brought so many smiles and happiness to us at Samyan Midtown”.

He said that “video evidence” from the scene showed the tourists on the scene and that security guards took them to Pathumwan police station.

He wrote: “All four were taken to Pathumwan police station by security guards to be charged for deliberately destroying public property.

“Both refused to pay any compensation claiming they had no money and that they had to rush to get to the airport.

“After an argument with the police on duty all four tourists left.

“The British Embassy will be notified on this matter in the hope that these two irresponsible persons will be placed as persona non ingrata.”

A police spokesman confirmed they “knew about” the incident but said officers had since released the tourists.

The spokesperson told NewsFlare: “Another officer handled this case. I know about it but the tourists were released.”

Professor Poshyananda said the statue’s remains would stay on the scene after the incident caused “enormous interest among the public”.

He said: “Those who wish to say goodbye to Kwai Calm and its rider may do so as the remains are still on view.”

Express.co.uk has contacted Mr Burgoyne and Ms Betts for comment.