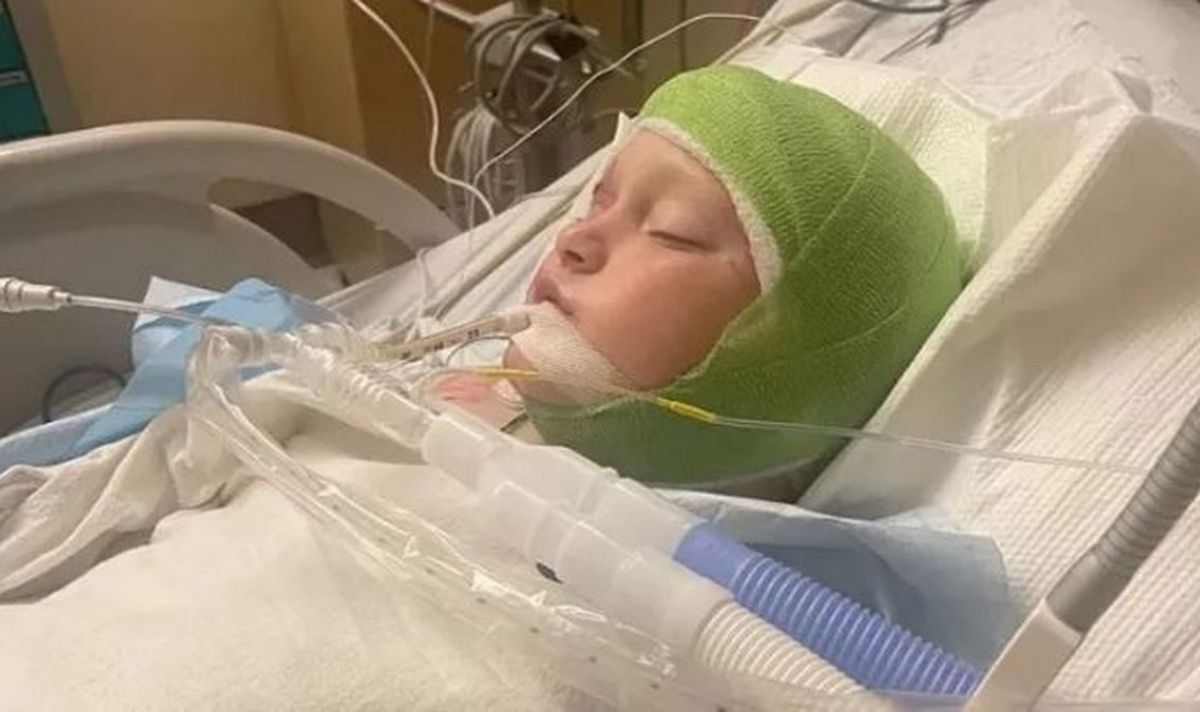 An 11-year-old boy has been left with horrific injuries after being attacked by three pit bulls in the United States. Justin Gilstrap was cycling in his local neighborhood when the attack occurred. Reports suggest he has lost around 70 percent of his scalp after being dragged from his bicycle.

The attack occurred on Friday in South Carolina. His cousin Mason Aguilar called 911 when the dogs attacked his relative and dragged him into a ditch by the side of the road.

By the time police arrived, the young boy had lost half his ear missing.

As he lies in hospital reports say he has been suffering from a fever.

In a statement on Facebook, Ericka Gilstrap, Justin’s mum, wrote that he had just had surgery to remove skin from his leg and scalp.

The next step is for the young boy to have an integra graft, a process which doctors say should begin very soon.

An Integra graft is where skin is taken from one part of the patient’s body and moved to another.

JUST IN: Prince Harry and Meghan Markle’s titles ‘have to be taken away’ as current law limits King

Talking about the incident to Fox News, Mason Aguilar said: “All I hear is screaming, ‘help, help, help’

“I thought my cousin was at his house playing a game, then I saw him sitting there in the ditch with three dogs and blood everywhere saying ‘Mason, help’.”

The dogs in question are owned by one Burt Baker, a controversial resident who says his dogs like chasing people on bicycles.

However, Mr Baker’s dogs have received several complaints in the past and now Mason’s mother, Kellie Aguilar, has spoken out.

She said this isn’t the first time her family has filed a complaint about Mr Baker’s dogs.

Talking to the Augusta Chronicle, Ericka said: “As a mom, I don’t even know where to touch him,” Ericka said. “When he wants a hug, I’ve got little places on his face I’ll kiss, but I don’t want to hurt him.

“There’s one spot right over his heart that doesn’t have any bruises or marks so I put my hand there and rub it when he starts waking up and he just goes right back to sleep.”

Despite his survival, doctors have warned Justin faces a long road to recovery.

Ericka added, before he returned to consciousness: “I’m hoping he’s not going to have PTSD. They did warn me that he probably will need some therapy, just to get him back to where he was.

“He’s sedated, so I don’t know what he remembers, but one time when he woke up, he had tears coming down his face because he started crying.”