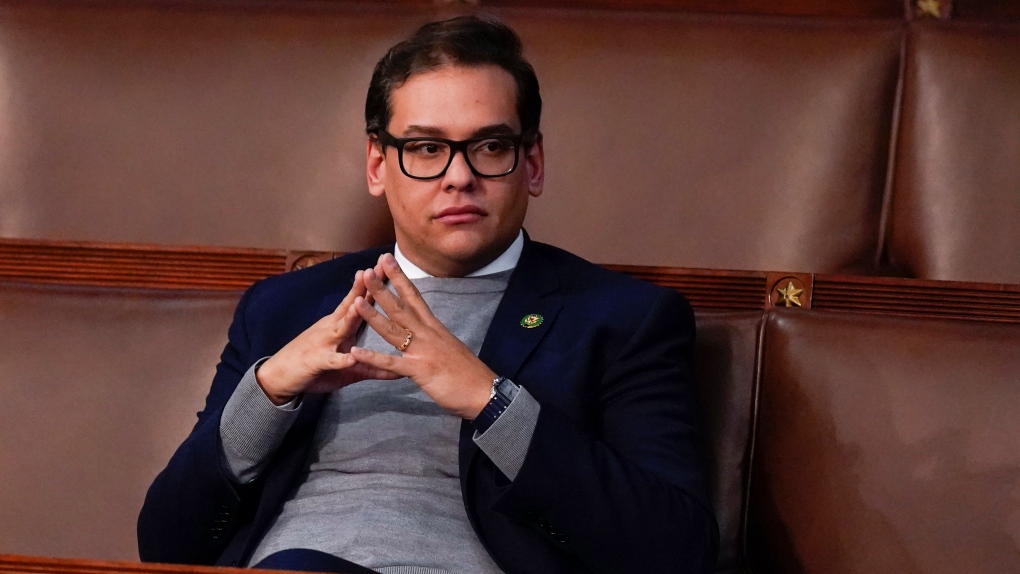 Local Republican leaders in New York on Wednesday called for the immediate resignation of their new GOP congressman George Santos, who is facing multiple investigations by prosecutors over his personal and campaign finances and lies about his resume and family heritage.

“His lies were not mere fibs. He disgraced the House of Representatives,” Joseph Cairo Jr., chair of the Nassau County Republican Committee, said at a news conference. “He’s not welcome here at Republican headquarters.”

Santos, swarmed by reporters at the Capitol on Wednesday, flatly rejected the call to resign, saying, “I will not.”

The call was an extraordinary rebuke of the freshman congressman whose election months ago flipped a Democratic-held House seat and was initially one of the GOP’s highlights of the November election. The denunciation by local Republicans also amps up the pressure on Republicans in Congress to rebuke or sideline Santos.

Cairo and other Republicans said Santos deceived voters and the Nassau County GOP and they were particularly incensed by his lies about having Jewish ancestry.

Rep. Anthony D’Esposito, another Republican newly elected to represent Long Island, spoke at the news conference via video from Washington and joined Cairo’s call for his colleague’s resignation.

“George Santos does not have the ability to serve here in the House of Representatives and should resign,” D’Esposito said.

The local party has no mechanism to remove Santos from office. He was sworn in to the US House last week representing New York’s 3rd Congressional District.

“I was elected to serve the people of .NY03 not the party & politicians, I remain committed to doing that and regret to hear that local officials refuse to work with my office to deliver results to keep our community safe and lower the cost of living I will NOT resign!”

The move comes a day after two Democrats from New York asked the House Ethics Committee to investigate Santos. Reps. Ritchie Torres and Dan Goldman, in a letter to the committee, said Santos also failed to file “timely, accurate and complete” financial disclosure reports and the reports he did file are “sparse and perplexing.”

Earlier this week, the nonpartisan Campaign Legal Center lodged a complaint with the Federal Election Commission and urged regulators to investigate Santos. The “mountain of lies” Santos propagated during the campaign about his life story and qualifications, the center said, should prompt the commission to “thoroughly investigate what appear to be equally brazen lies about how his campaign raised and spent money.”

Initially, the victory by Santos, the only openly gay Republican in Congress, was seen as a bright spot for the party in an otherwise underwhelming midterm election. But as reports began to emerge that Santos had lied about having Jewish ancestry, a career at top Wall Street firms and a college degree, he turned into a distraction and an embarrassment to the party as it took control of the House.

During his campaign, he referred to himself as “a proud American Jew.” But he later backtracked on that claim, saying his mother’s family had “a Jewish background,” and he told the New York Post in an interview, “I said I was `Jew-ish.'”

Bruce Blakeman, a Jewish Republican and the elected Nassau County Executive, said he and other members of the sizeable Jewish population in the area take their religion and heritage seriously. He said it was “ridiculous” for Santos to call himself a Jew, but said it was “beyond the pale” and “outrageous” for Santos to have said in an interview that his grandparents survived the Holocaust.

“He cannot serve anymore. He doesn’t deserve that right,” Blakeman said. “He is a stain on the House of Representatives.”

Blakeman said his office would have no interaction with Santos or his staff until he resigns and that the county would redirect any of Santos’ constituents seeking help to D’Esposito’s office in the neighboring congressional district.

Santos first ran for Congress in 2020, losing to Tom Suozzi, a Democrat. He ran again in 2022, facing Democrat Robert Zimmerman in a district that includes some Long Island suburbs and a small slice of Queens.

Cairo said Santos was backed by the Nassau GOP after another local Republican club recommended him as a candidate in 2020 and that Santos lied when he presented his resume. He said they would change their vetting process going forward.

With Santos now, Cairo said, “We do not consider him one of our congresspeople.”