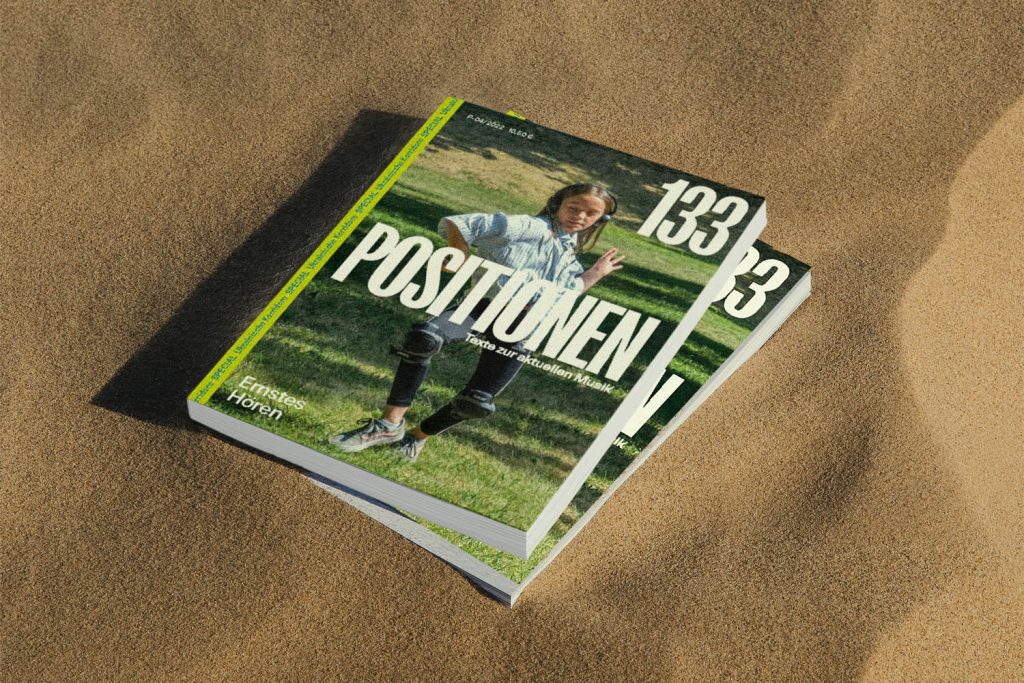 ‘They promise another mode than in the main rooms, the dancefloor, the stage or the concert hall. Less frontal, less stiff, these environments present themselves as more open in many ways. But what actually happens in them? How are different ways of listening established? How are they different from the “main rooms”?

The art of New Age

What better way to approach the question than an interview with ambient pioneer Suzanne Ciani, known for her seminal synth work in the ’70s and the New Age albums of the ’80s and ’90s (The Velocity of Love1986).

‘It was a female space’, Ciani tells music journalist Fabian Peltsch, describing her early, ambient electronic work. ‘My inspiration was the sea, the waves, the ocean, the rhythm of the earth. These slow and unending forces, which I also see when I look out of the window. I live by the ocean.

The music was made possible by the technology. ‘I began to play the Buchla synthesizer and fell in love with this machine,’ she says. ‘I played immersive sounds from the start. I played in quadrophonic sound. That really created a space. I could perform a piece that lasted days or a week or – forever! That’s a completely different experience than with traditional music, where the instruments are located in a specific physical space. But for me, electronics gave me a new opportunity to live in the music.’

The term ‘deep listening’ was coined by the US accordionist and avant-gardist Pauline Oliveros after recording in an underground cistern with a 45-second echo. It was also the title of the first album of Oliveros’s Deep Listening Band (1989). Today the label is associated genres such as ambient, drone, noise, field recordings and contemporary classical, and even the newer dark-jazz, post-rock and trance.

‘Deep listening is a form of meditation, in that it is about the cultivation of attention, a being-present in every moment, so far as possible’, writes cultural anthropologist and sound researcher Patricia Jäggi. ‘The attention is focused on hearing and the interplay and continuum of sounds and silence.’

Sound artist Ximena Alarcón–Diaz describes deep listening as a ‘relational practice’. A certified deep listening tutor, she has developed workshops, telematic sound performances and mobile interfaces that use the moving body to ‘articulate migration experiences in a fluid and collective way’. And Brandon Farsnworth interviews Lisa Nolte and Katharina Rosenberger, the curators of the Sonic Matter new music festival in Zurich, whose program is largely devoted to deep listening.

Music writer and curator Monika Pasiecznik discusses how contemporary musicians, composers and curators are changing not just the form of the concert hall but also its function: from a place for the presentation of masterworks and reproduction of the canon to a one for critical knowledge and new experiences.

‘The idea of ​​music as artwork accelerated the development of the concert hall into a silent auditorium, in which the music was at the center and to which certain habits of perception belonged, such as a rigid body position and complete concentration on the musical work. … But while the concert hall remains one of the most important channels for the dissemination, reception and canonization of new music, numerous recent experiments with concert formats show that this model of artistic creation and reception is not always satisfactory.’

The multilingual ‘archaeological opera’ Chornobyldorf, by Ukrainian composers and stage designers Roman Grygoriv und Illia Razumeiko, premiered mid-pandemic on 31 October 2020 in Kyiv and soon become an international new music phenomenon, with performances across Europe. Then came 24 February 2022 and the opera – based around the ‘story’ of the survivors of a nuclear catastrophe who come across strange musical scores – took on an entirely new significance.

‘This performative opera shows how strongly and explicitly the mutual influence (and mutual support) of socio-political and artistic processes can be’, write musicologists Iulia Bentiia and Andrii Koliada. ‘In Ukraine today there is no art outside politics: the ethical guidelines of civil solidarity and the focus of all possible efforts on the sheer survival of the nation simply do not allow it.’