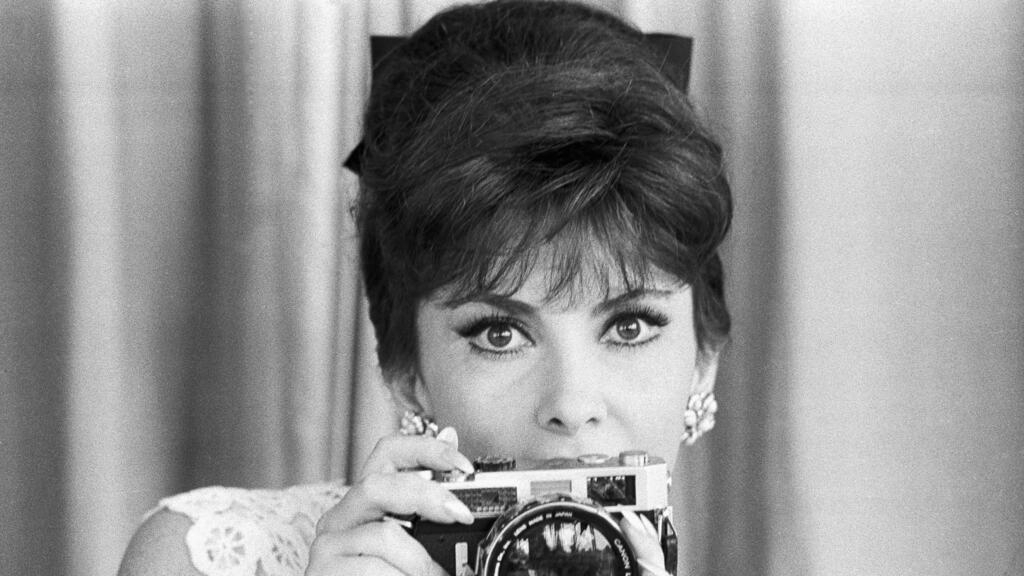 Gina Lollobrigida, who has died at the age of 95, shot to fame in the 1950s as a sultry Mediterranean sex symbol, then became a photographer and sculptor after stepping away from the movie world.

At the height of her fame in the 1950s and 1960s, Lollobrigida, who was known simply as “La Lollo,” was an internationally recognized epitome of Italian post-war moviesrivaled only by Sophia Loren.

Tempestuous and impulsive by nature, she made headlines again in 2006, when, at age 79, she announced that she would marry a man 34 years her junior. She later called off the wedding, blaming the media for spoiling it.

“All my life I wanted a real love, an authentic love, but I have never had one. No one has ever truly loved me. I am a cumbersome woman,” she told an interviewer when she was 80.

Born to a working class family in a poor mountainous area east of Rome, she studied sculpture then got her break in the film world after finishing third in the 1947 Miss Italia beauty contest. (The winner that year was Lucia Bose.)

One of her earliest performances was as Gemma, the unhappy adulteress in the 1953 film by director Mario Soldati “The Wayward Wife” (La Provinciale).

A role opposite Humphrey Bogart in John Huston’s 1954 film “Beat the Devil,” sealed her worldwide fame and in 1955 she made what became one of her signature films, “The World’s Most Beautiful Woman”.

She was also directed by other film luminaries such as Rene Clair and Carol Reed.

But despite playing opposite other American stars such as Frank Sinatra and Burt Lancaster, she never clicked with Hollywood and preferred to work closer to home, making films throughout the 1960s with directors such as Mario Bolognini.

In it, she played Carla, an Italian woman who had affairs with three American soldiers during World War Two and meets them all again during a squadron reunion 20 years later.

Born on July 4, 1927, Lollobrigida fled the rural area of ​​her birth with her family during World War Two and was later sent to the Academy of Fine Arts in the capital to complete her education.

She first earned her living as a model for fotoromanzi, the photographic novels avidly read in Italy, using the stage name Diana Loris.

Lollobrigida accompanied her success on the screen with a hectic, often turbulent life that provided a rich source for Italian paparazzi and gossip writers.

She tried to guard her private life, retreating to an isolated villa on Rome’s ancient Appian Way, which was decorated with her own sculptures and paintings as well as art she collected on her world travels.

In 1950 she married Yugoslav émigré doctor Milko Skofic, who became her manager. The couple had one son, Milko Junior.

They separated after nearly 17 years, and Lollobrigida said later she had no intention of remarrying. “Marriages are boring and almost always like funerals, and couples so often restrict each other too much,” she said.

Wanted to marry a younger man

However in 2006, when she was 79, she announced her intention to marry Javier Rigau, a Spaniard 34 years her junior with whom she had a confidential close friendship for years.

Months later, she called off the wedding, saying that the media coverage had ruined her life with “endless attacks, slander and violence”.

She blasted the Spanish media for attacking Rigau as an opportunist.

“In a way I feel responsible that he (Rigau) suffered all this because he is linked to me,” she told Reuters in an interview. I am more used to having falsehoods written about me.”

During a trip to the United States, she asked the American Congress to pass stricter laws protecting the privacy of people from intrusion by the media.

“The law must stop the media from continuing this absurd behaviour,” he said at the time.

When she stopped making films, Lollobrigida developed new careers as a photographer and sculptor and was also a goodwill ambassador for the United Nations Children’s Fund (UNICEF), and its Food and Agriculture Organization (FAO).

Between 1972 and 1994 she published six books of her photographs, including Italia Mia (My Italy), The Philippines, and The Wonder of Innocence, photographs of and for children.

“Children with their big wide-open eyes question us. Their looks should help us to forsake the selfishness that undoubtedly leaves our hearts quite bare,” she wrote in its introduction.

In 1975 she made a documentary film “Portrait of Fidel Castro,” and for years was surrounded by rumors that she had had an affair with the Cuban leader.

In her later years she returned to her first love, sculpting, keeping a summer home in the Tuscan city of Pietrasanta, an artist’s colony where she worked with sculptors such as Bottero.

She had a one-woman show there in 2008 and dedicated it to her friend, the late opera singer Maria Callas.

Exhibitions of her marble and bronze statues were also held in Paris and Moscow and the United States.

In 2013, when she was 85, an auction of her jewelry by Sotheby’s in Geneva fetched $4.9 million and set a record for a pair of diamond and pearl earrings, which sold for $2.37 million. The proceeds went to stem cell research.

“Jewels are meant to give pleasure and for many years I had enormous pleasure wearing mine,” she said. “Selling my jewels to help raise awareness of stem cell therapy, which can cure so many illnesses, seems to me a wonderful use to which to put them.”