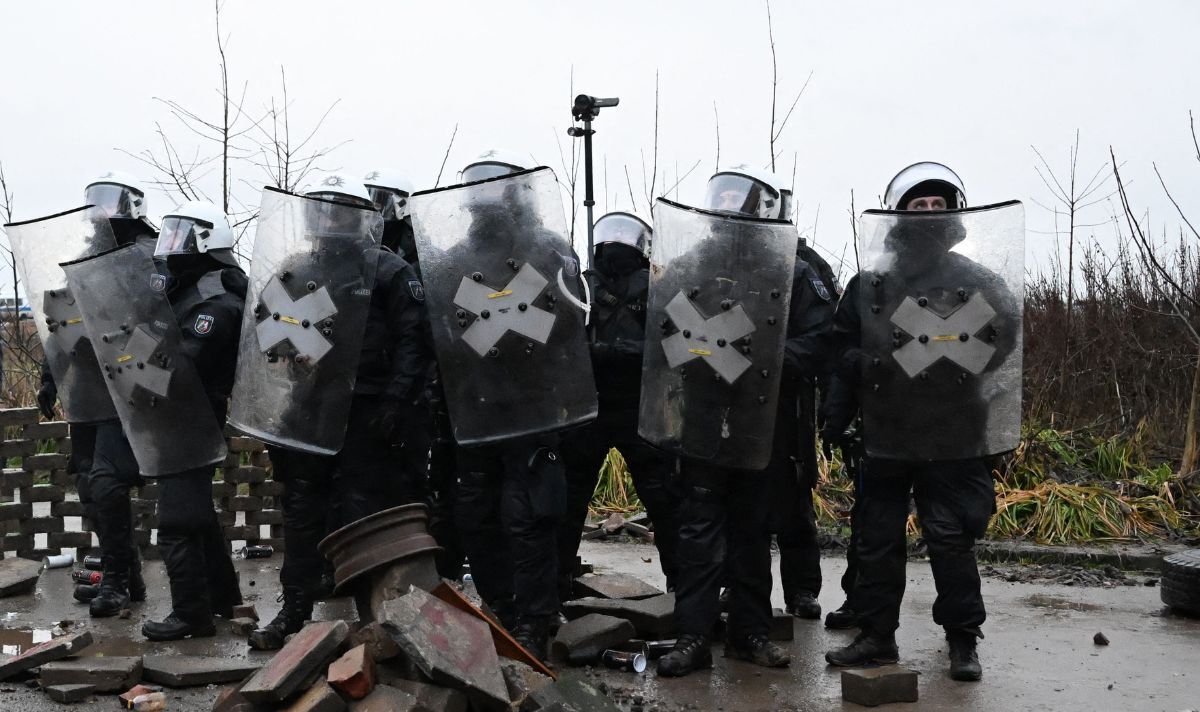 Thousands of police descended on the weather protest on Wednesday as German The authorities moved to evict eco-activists who have been running a long-running protest over coal mining in the area. During the police operation, a Molotov cocktail was thrown along with stones and other missiles.

A Molotov cocktail was hurled as riot police swooped on the protest camp.

The firebomb missed the officers and landed on the road, erupting in flames.

Police later dragged off protesters, some of whom had taken refuge in a series of tree houses.

Other activists attempted to form a human chain in order to prevent the eviction.

The village of Lützerath in Germany is currently the site of a climate protest against the demolition of the village to expand a nearby coal mine near the Dutch border.

Activists are fighting to save the village, which is currently occupied by them and they believe that the demolition of the village is unnecessary as the continued use of coal is harmful to the environment and climate change and that the country should shift to cleaner forms of energy

According to Dina Hamid, one of the activists: “The climate crisis is now, and we know that coal should have been stopped years ago.

“Lützerath is likely to be the last German village lost to a coal mine.”

The fate of Lützerath has sparked a heated debate in Germany over the country’s continued use of coal, as well as whether or not breaking the law is justifiable in order to tackle climate change.

The last resident of Lützerath was evicted from the village in December 2022, and the village is now considered abandoned.

The protest, which began in late December 2022 is still ongoing as of current date, and the authorities and coal company have been pressuring the protesters to evacuate the village.