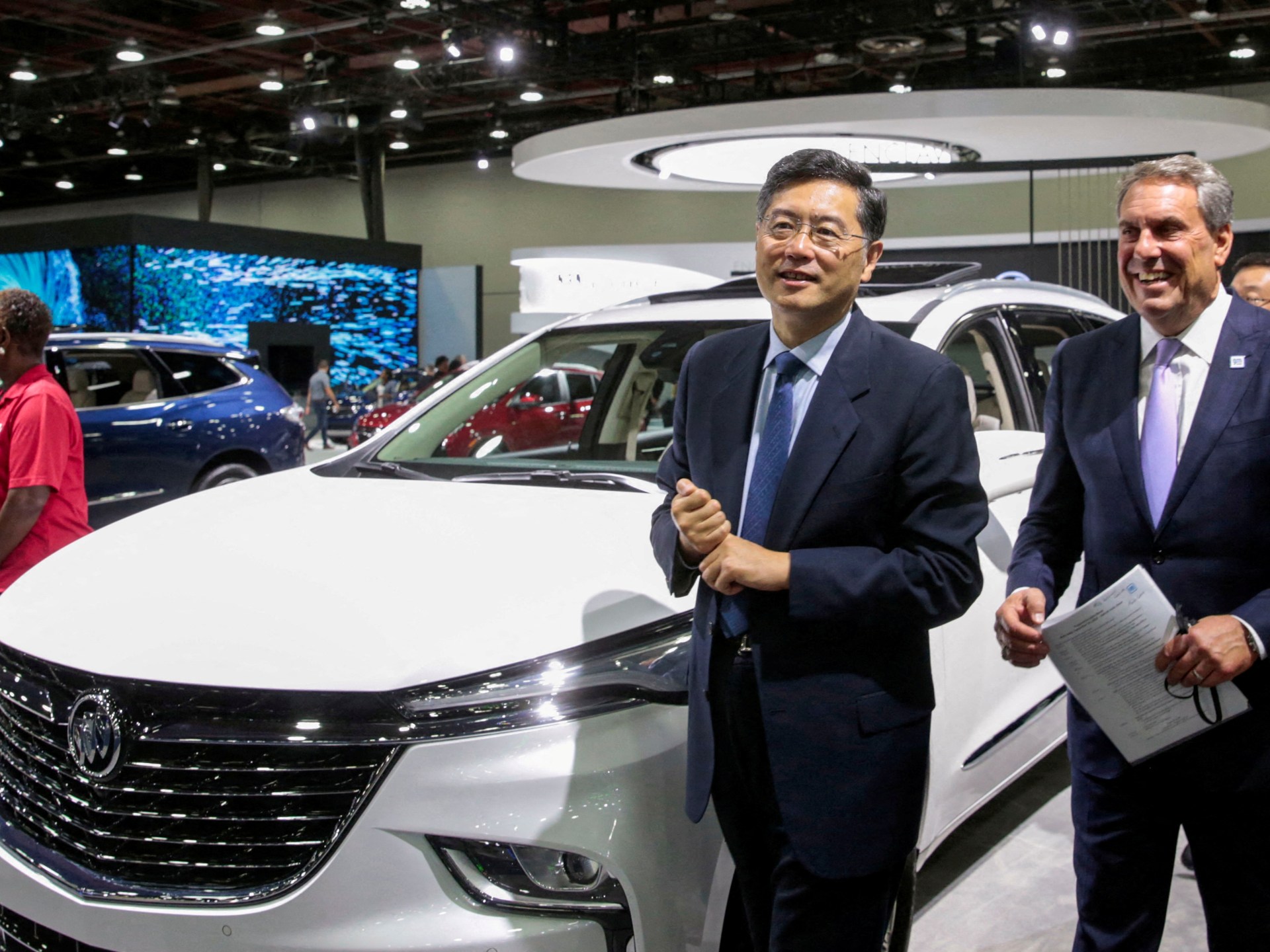 The new ambassador replaces Wang Yi, who has been China’s top diplomat for the past decade.

China has appointed its Ambassador to the United States Qin Gang as its new foreign minister, according to state media.

Qin, 56, replaces Wang Yi, who has been China’s top diplomat for the past decade.

Wang, 69, was elected to the politburo of the Chinese Communist Party in October and is expected to play a bigger role in foreign policy.

A rising star in the foreign ministry, Qin rose through various positions, including as the ministry’s spokesman and postings at the Chinese embassy in Britain.

A trusted aide of President Xi Jinping, Qin also served as the leader’s chief protocol officer between 2014 and 2018.

He will now return to Beijing from Washington after 17 months as China’s 11th ambassador to the US.

In an essay published in the US bi-monthly magazine the National Interest this week, Qin gave an overview of China’s position on foreign policy and reiterated that China-US relations were not a zero-sum game.

Qin’s stint in the US has been underscored by rising tensions between the world’s two largest economies, even as their leaders tried to re-engage in diplomacy in recent weeks.

At the meeting, Biden signaled that the US believed China was undermining peace and stability across the Taiwan Strait and in the broader region and jeopardized global prosperity by engaging in “coercive and increasingly aggressive actions toward Taiwan”.

On December 23, Wang, in his role as foreign minister, accused the US of an “old routine of unilateral bullying”. in a telephone call with US Secretary of State Antony Blinken,

The US state department said Blinken and Wang discussed the “need to maintain open lines of communication and responsibly manage the US-PRC [People’s Republic of China] relationships”. They also raised “concerns about Russia’s war against Ukraine and the threats it poses to global security and economic stability”.

“Standing on the side of the international community to promote peace and talks, we will continue to play a constructive role in resolving the crisis in our own way,” the Chinese foreign ministry quoted Wang as telling Blinken.

On Thursday, the US military said a Chinese fighter jet had flown within six meters (20 feet) of a US Air Force surveillance plane over the South China Sea earlier this month.