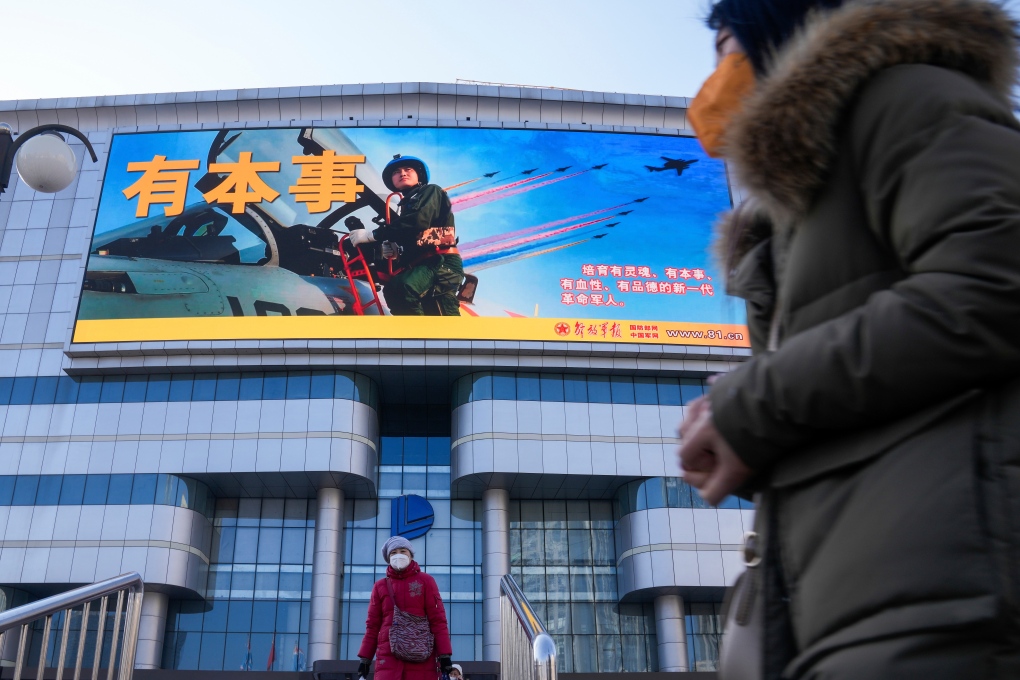 The exercises coincided with the visit of a group of German lawmakers who landed in Taiwan on Monday morning. Leading the delegation is the Marie-Agnes Strack-Zimmermann, who leads the German Parliament’s Defense Committee.

The German lawmakers will meet with Taiwan President Tsai Ing-wen, as well as Taiwan’s National Security Council head and the Mainland Affairs Council, which handles issues related to China.

China has stepped up its pressure on Taiwan’s military in recent years by sending warplanes or navy vessels on an almost-daily basis toward the self-ruled island. China claims sovereignty over the island, which split from the mainland in 1949 after a civil war.

China’s actions “have severely disrupted the peace and stability in the Taiwan Straits and surrounding waters,” the ministry said.

Over the course of 24 hours between 6 am Sunday to 6 am Monday morning, China’s People’s Liberation Army flew 57 warplanes and four ships toward Taiwan, Taiwan’s Ministry of National Defense said in a statement Monday morning. Twenty-eight of those planes crossed the median line of the Taiwan Strait, an unofficial boundary that both sides had previously stood by.

China announced the drills around 11 pm Sunday, saying their “primary target was to practice land-strikes and sea assaults,” according to a statement from Shi Yi, a spokesperson for the PLA’s Eastern Theater Command.

At the end of December, China sent a record 71 planes and seven ships toward Taiwan, the largest such scale exercise in 2022.

Taiwan will hold its annual two-day military drills starting Wednesday. The exercise ahead of Lunar New Year holidays is aimed at showcasing its defense capabilities.