Child killed as ‘bomb cyclone’ ravages US state of California 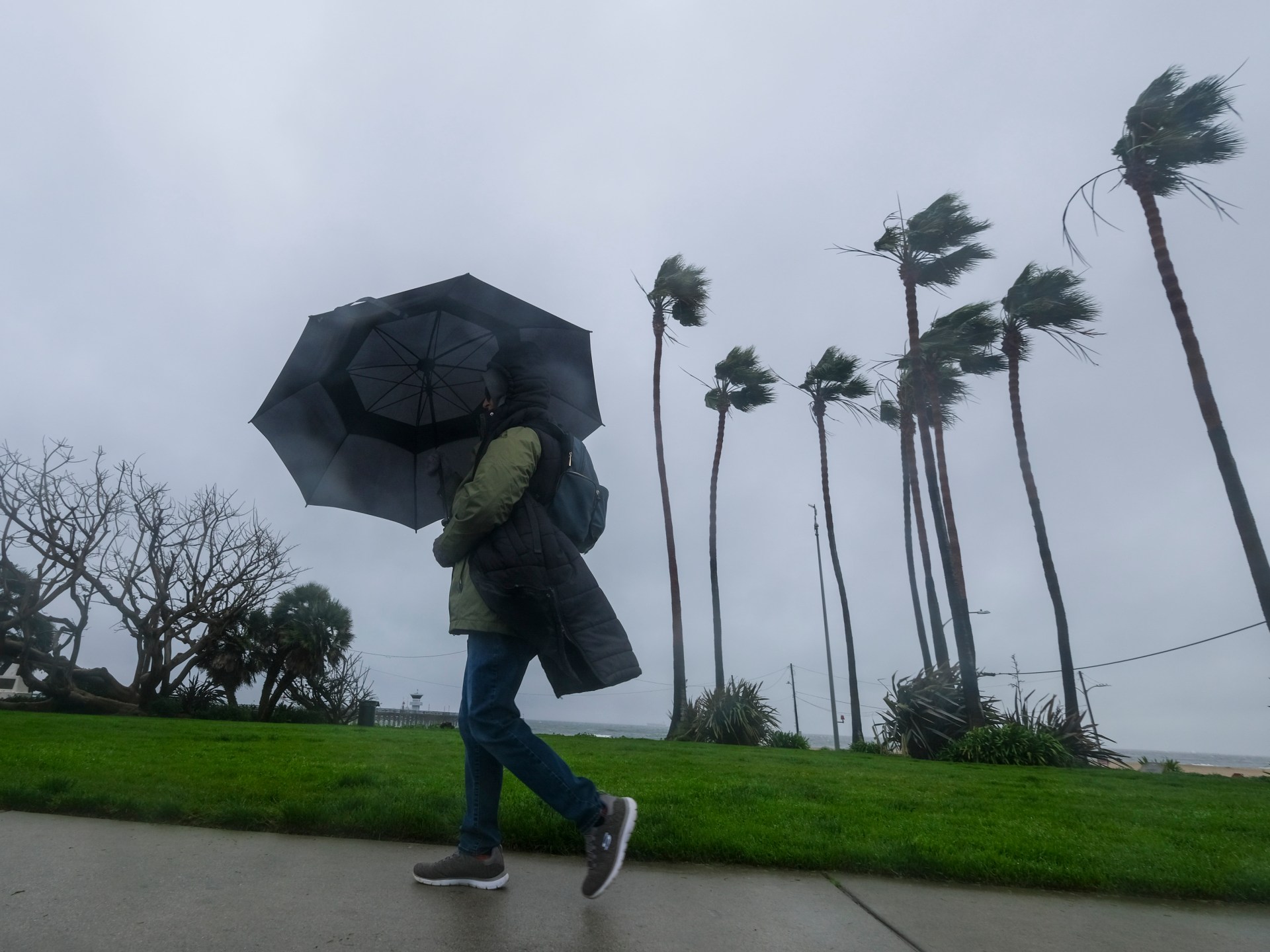 The storm is the third in a series of extreme weather events to hit the drought-stricken state in the span of a week.

As heavy rains and strong winds To continue to batter the western United States, officials in the state of California have said that they are “preparing for a war” to keep residents safe against the extreme weather.

The state is facing the third “atmospheric river” – a relatively narrow but intense storm propelled by powerful gusts that can create flash-flooding, power outages and mudslides – during the course of a week.

Already, deaths are being reported in the northern part of the state. In the small coastal town of Occidental, California, a toddler was killed when a large redwood tree slammed into his house.

Fire chief Ronald Lunardi told the local KPIX news station that the child’s father emerged from the house covered in debris, “frantic”, telling rescue crews, “My child is not breathing.” The toddler was pronounced dead on the scene.

And on Wednesday, in the city of Fairfield, northeast of the San Francisco Bay Area, a 19-year-old woman lost control of her car as she was driving through the storm. Her vehicle hydroplaned, smashing into a nearby utility pole.

“Unfortunately, she did not survive the crash,” the Fairfield Police Department said on social media, warning drivers “of the dangers posed by water on roadways”.

Police there reported that they pulled a third body from the floodwaters on Wednesday.

The latest storm has been referred to as a type of bomb cyclone called a “Pineapple Express”, which describes a rapid drop in low pressure that pulls moisture from a tropical area of ​​the Pacific Ocean around Hawaii, dumping rain on the US West Coast.

What is a “Bomb Cyclone”? By definition, it is a low pressure system that experiences a drop in pressure of 24 millibars in 24 hours. #CAwx https://t.co/zmYAPqXknp pic.twitter.com/IDnazirGPx

The US National Weather Service warned that rains could continue at a rate of 2.5 centimeters (one inch) per hour. The Russian River in California’s Sonoma County is expected to crest at a height of 10 meters (33 feet) by late Thursday, before the flooding goes down.

Winds howling at upwards of 136km per hour (85 miles per hour) led to the cancellation of an estimated 100 flights on Wednesday at the San Francisco International Airport, with more cancellations continuing into Thursday.

“We were under the impression and notified by our National Weather Service that we could anticipate not even an inch of rain,” San Francisco Mayor London Breed said during a news conference on Wednesday.

San Francisco Public Works, the city’s agency for maintenance and infrastructure, handed out 3,400 sandbags on Wednesday before running out. The agency planned to hand out more on Thursday, limiting each household to five bags a piece.

With trees and power lines down, approximately 180,000 homes and businesses in California were without power early on Thursday. Officials warned residents to stay home, with a state of emergency in effect and flood warnings expected for the San Francisco Bay Area into Thursday evening.

Despite the intense rainfall, California remains in the middle of a years-long drought, with the period between October 2019 and September 2022 being the driest on record. The dry spell has left the region more susceptible to landslides and trees increasingly prone to breakage.