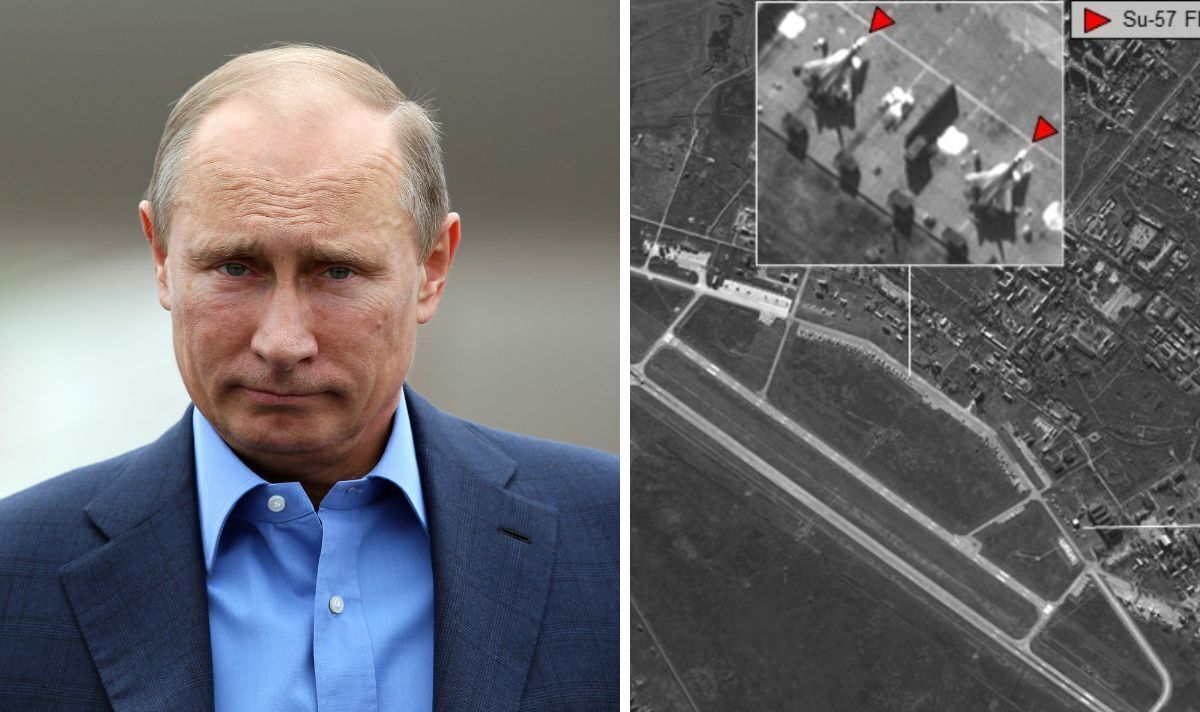 British intelligence has found out where the Russian military is hiding a fleet of modern Su-57 jets which have been used to launch bombing raids on Ukraine, The latest briefing shared by the Ministry of Defense on Twitter states that commercially available satellite images show five Su-57s located at an airbase in the Astrakhan region of Russia,

“These missions have likely been limited to flying over Russian territory, launching long-range air-to-surface or air-to-air missiles into Ukraine.

“Recent commercially available imagery shows five FELON parked at Akhtubinsk Air Base, which hosts the 929th Flight Test Center. As this is the only known FELON base, these aircraft have likely been involved in operations against Ukraine.

“Russia is highly likely prioritizing avoiding the reputational damage, reduced export prospects, and the compromise of sensitive technology which would come from any loss of FELON over Ukraine.

“This is symptomatic of Russia’s continued risk-averse approach to employing its air force in the war.

It comes as officials at a vocational school in an eastern Ukraine city dismissed claims by Russia that hundreds of Ukrainian troops were killed in a missile strike there, saying Monday that a rocket merely blew out windows and damaged classrooms.

“The Defense Ministry is the main, legitimate, and comprehensive source of information about the course of the special military operation,” Peskov said in a conference call with reporters, using the Kremlin’s term for the war.

During the war, both sides have regularly claimed to kill hundreds of each other’s soldiers in attacks. The claims can seldom be independently verified because of the fighting.

Moscow’s allegations may have backfired domestically, however, as some Russian military bloggers criticized the Kremlin’s claims about the Kramatorsk strike.

The Institute for the Study of War think tank said the bloggers “responded negatively to the Russian (Ministry of Defense’s) claim, pointing out that the Russian MoD frequently presents fraudulent claims and criticizing Russian military leadership for fabricating a story … instead of holding Russian leadership responsible for the losses accountable.”