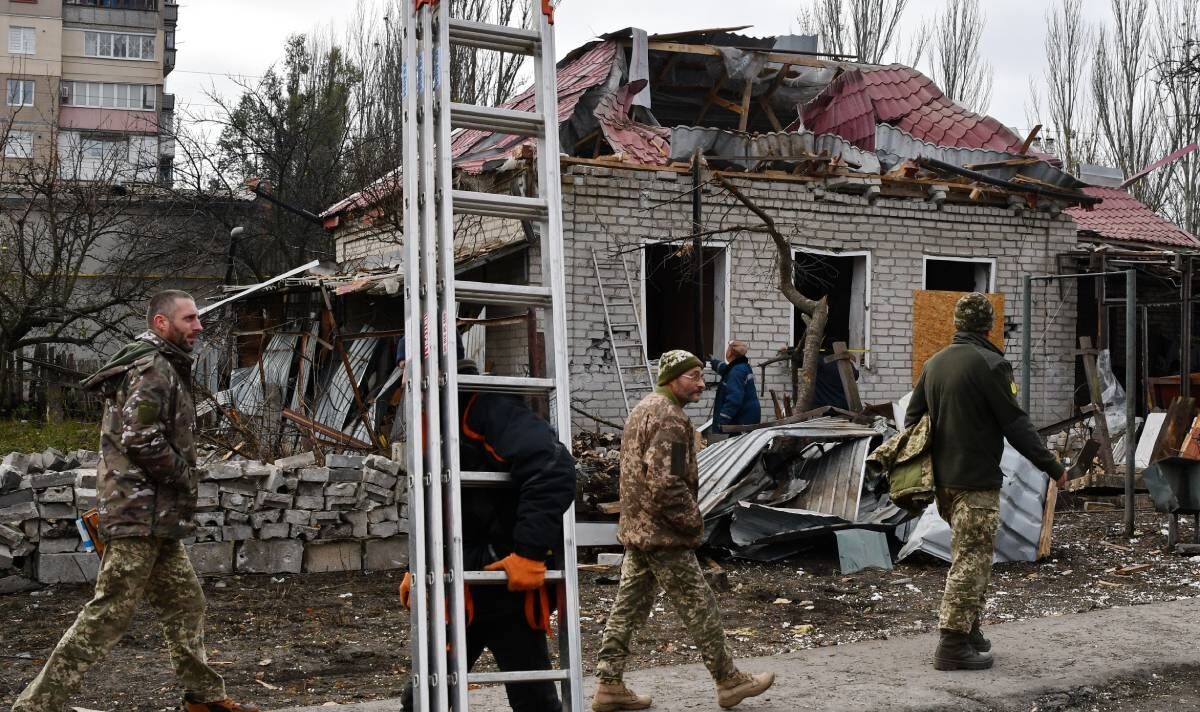 Christopher Parry, 28, and Andrew Bagshaw, 48, from Kramatorsk for Soledar on Friday morning and were reported missing on Saturday evening after contact with them was lost.

Andrew’s parents Philip and Susan described him as “a very intelligent, independently-minded person, who went as a volunteer to assist the people, believing it to be the morally right thing to do”.

They added: “We love him dearly and are immensely proud of all the work he has been doing delivering food and medicines and helping elderly people to move from near the battlefront.”

Late last year Christopher told TV of the immense risks he was taking while saving people in nearby Bakhmut. He said: “Missiles were landing on the building next door, the roof was shaking.

“I asked soldiers how feasible is it to get to the location of the next evacuee and they said it was 50/50 you were going to get shot at by a tank. They kept saying ‘you’re crazy, you’re crazy’ .”

But Christopher said he felt driven to keep going knowing those left behind would likely be “shot dead or be forced to become Russian for the rest of their lives”.

He added: “I am willing to go to places that a lot of people aren’t.”

Andrew’s parents thanked the authorities for trying to find their son who was born in the UK and is also a New Zealand citizen.

Britain’s foreign office said yesterday: “We are supporting the families of two British men who have gone missing in Ukraine.”

But officials concede the situation in Soledar is “difficult”.

Civilians who fled the town – a prime target for Russian forces – said apartments were being destroyed in tank battles.

The Ukrainian military said: “The enemy again made a desperate attempt to storm Soledar from different directions and threw the most professional units of the Wagnerites [mercenaries] into battle.”

The capture of Soledar, north-east of Bakhmut, would put Ukrainian forces in the area in danger of being encircled and offer Russia a potential avenue of approach against that city.

One local woman Olha, 60, said she fled Soledar after moving from apartment to apartment as each was destroyed in duels between tanks.

She said: “There isn’t one house left intact. Apartments were burning, breaking in half.”

Serhiy Cherevatyi, a Ukrainian military spokesman, insisted the situation could be stabilized. He said: “There are brutal and bloody battles there – 106 shellings in one day.

“Our troops have been allocated additional forces and everything is being done to improve the operational situation.”