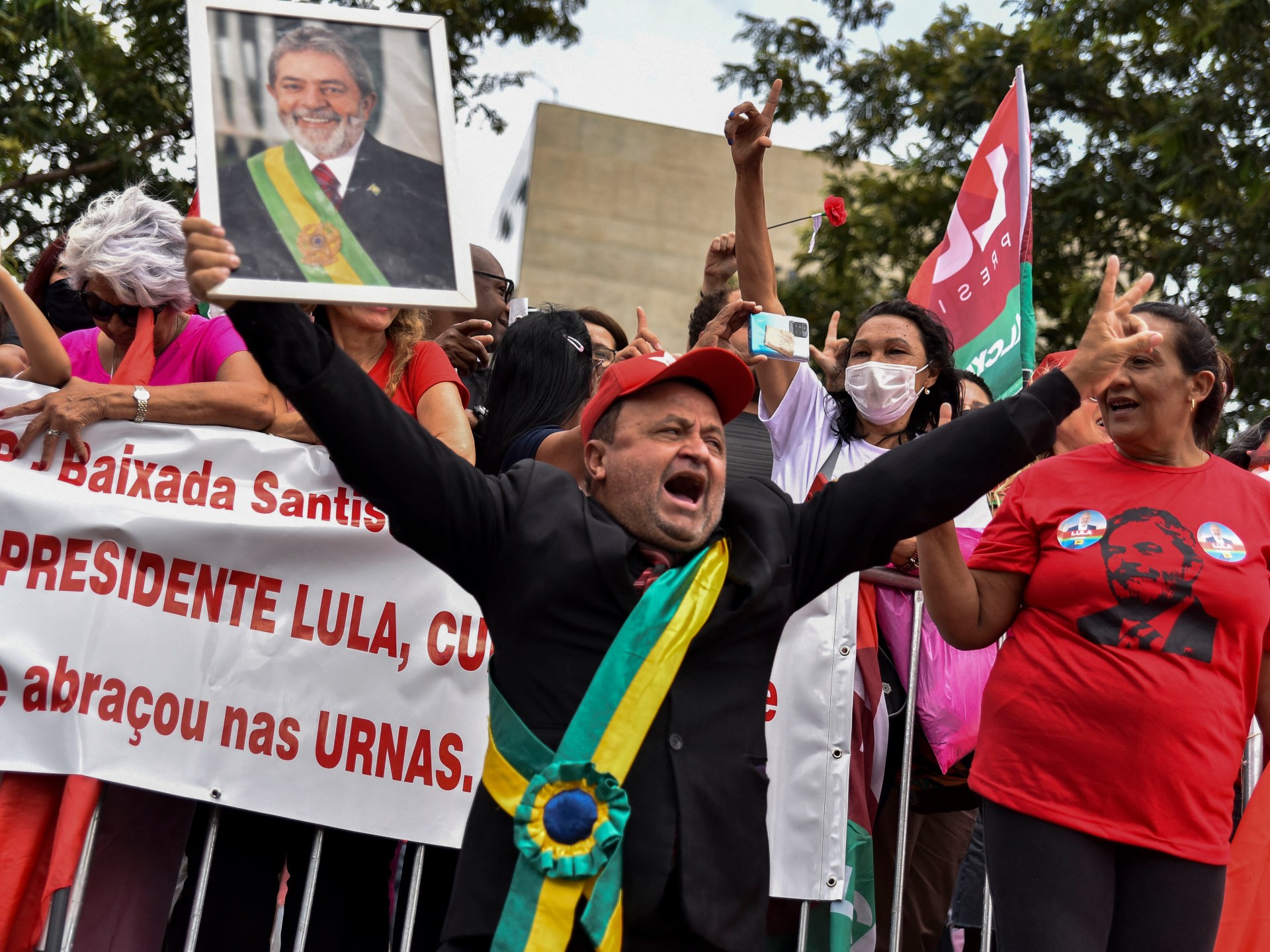 Ultimately though, it was Luis Inácio Lula da Silva (or Lula) who triumphed in the nail-biting run-off vote., The tally was close, with Lula clinching victory by just 1.8 percentage points.

Tensions have been running high since then and will remain elevated until January 1, when Lula will be inaugurated.

In a highly divisive and violent election, Lula’s promise to protect democracy and reduce poverty galvanized left-wing voters. He was also able to lure moderates by picking a centrist running mate, Geraldo Alcmin.

Meanwhile, Bolsonaro’s mishandling of the COVID-19 pandemic and unfounded attacks on the legitimacy of Brazil’s electoral system alienated large sections of the country’s population.

Piqued by the result, Bolsonaro’s Liberal Party (PL) recently petitioned Brazil’s electoral court to reject ballots from 280,000 voting machines. The request was rejected due to insubstantial evidence and attention has now turned to the numerous tasks facing the incoming president.

“I believe the Brazilian economy will face a major challenge in 2023,” worries Ernesto Bicaleto, a nurse working in the Brooklin Novo neighborhood of São Paulo.

Compared with Lula’s first two terms in office, from 2003-2010, the current economic outlook is gloomy. Inflation is hovering at 6 percent despite the central bank’s decision to raise interest rates to 13.75 percent in August, extending an 18-month tightening cycle.

High borrowing costs look set to constrain investment and consumption, just as concerns over an impending global recession have started to undercut commodity markets. The prices of Brazil’s key exports (soybeans, oil and iron ore) are all expected to edge down next year.

After the global financial crisis, however, economic activity and fiscal discipline softened. This was particularly true during the presidency of Dilma Rousseff – Lula’s successor.

Towards the end of his presidency, Bolsonaro’s decision to raise cash handouts and cap taxes on gasoline and electricity (to combat the cost of living crisis) only added to Brazil’s debt burden.

Admittedly, inflation has tailed off in recent months. However, Brazil’s economic footing remains precarious. The president-elect will need to walk a fine line between pursuing growth reforms and reducing public spending.

“But this won’t last forever”, warns Nelson Barbosa, Brazil’s minister of finance from 2015-16.

“Assuming growth rebounds towards the end of next year, support measures will have to be rolled back. That said, the focus will be on stimulating growth and then reducing debt.

“This fiscal protocol is not fit for purpose. It should be replaced by a new rule which allows spending to grow in real terms and is based on a long-term fiscal scenario for public debt,” Barbosa said.

Elsewhere, PTs are thought to be considering a more progressive tax regime that would expand exemptions for low-income individuals.

Away from public finances, PT previously pledged to repeal Brazil’s 2017 labor reform bill, which weakened workers’ bargaining power. In recent months, however, the party has moderated its stand.

According to Marcos Casarin, chief economist for Latin America at Oxford Economics, “Lula may try and adjust the bill by reintroducing mandatory funding for unions. He may also try to raise the minimum wage, but that would cost him politically.”

To assist these workers, Mr Marcos pointed out that “a tax indexed to app companies’ revenue could be explored”, but stressed that, “while these measures would provide a fiscal lift, they are not a priority for Congress”.

In the first-round elections on October 2, the far-right strengthened its hold on the country’s national Congress. Voters re-appointed all members of the chamber of deputies and one-third of the Senate.

In the former, Bolsonaro’s PL won 99 seats, the largest single-party bloc. In the latter, the PL and its right-wing allies secured 19 of the 27 seats up for grabs.

“The terrain is very treacherous for any political leader… passing economic reforms will be an uphill battle,” noted Alfredo Saad-Filho, professor of international development at King’s College London.

Lula’s politics, in turn, may be forced to shift more to the center.

“Lula is arguably the most talented politician of his generation and if anyone can heal the country’s fissures it’s him. But given the political landscape, he will have to make big concessions over the next four years,” added Saad-Filho.

“I’m not optimistic about progressive reform.”

Financial markets have so far been sanguine about Lula’s return. On December 14, Brazil’s incoming finance minister, Fernando Haddad, calmed market jitters by playing down the prospect of excessive public spending.

At the same time, Lula was forced to construct a broad political church against Bolsonaro.

This, together with stiff parliamentary opposition, will likely be reflected in a moderate approach to economic policy.

The upshot is that Lula will not be able to ride on the coattails of a 2000s-era growth spurt. He is also facing growing pressure to de-carbonise Brazil’s growth model and to reassert greater government control over Petrobras, the state-backed energy company.

In short, he faces enormous challenges.

But according to Mr Biclaeto, the nurse from São Paulo, Lula’s most enduring legacy won’t be economic. Rather, it will be “the victory of democracy”.