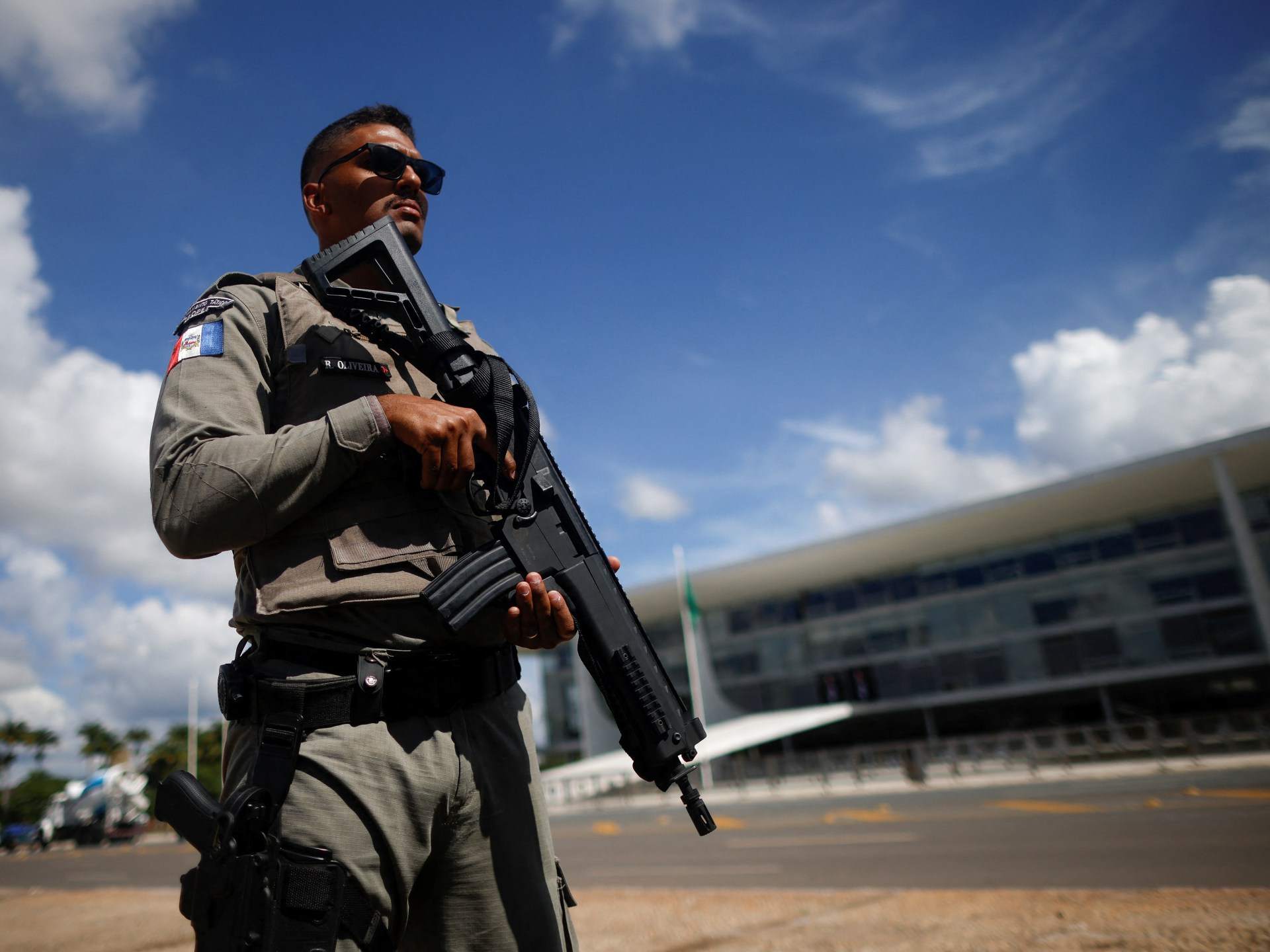 Brazil’s new government is preparing for more protests by supporters of former President Jair Bolsonaro, just days after rioters stormed key government offices in the capital in what has been denounced as an “anti-democratic” attack.

“We have measures for this Wednesday to reinforce security throughout the country since pamphlets of new demonstrations have been circulated,” Lula’s chief of staff, Rui Costa, said late on Tuesday after a cabinet meeting.

Authorities are investigating the riot in Brasilia on Sunday when thousands of people ransacked Congress, the Supreme Court and the presidential palace in anger over Bolsonaro’s defeat to Lula in elections last year.

Bolsonaro, a former army captain, had claimed for months that Brazil’s electronic voting system was vulnerable to widespread fraud. Critics said these false allegations were aimed at sowing doubts in the electoral process and undermining democratic institutions in the South American nation.

Bolsonaro’s campaign also fueled protests and roadblocks in the days after the October 30 vote as many of his supporters called on the military to intervene to stop Lula from taking office.

Many Brazilians blame the former president for the Riot in Brasilia, saying his false claims laid the groundwork for the assault.

But Bolsonaro, who left for the United States Two days before Lula was sworn in as president on January 1, has rejected that criticism. He tweeted on Sunday that peaceful protest is part of democracy but vandalism and invasion of public buildings are “exceptions to the rule”.

Bolsonaro was released from a hospital in the US state of Florida on Tuesday after being admitted with abdominal pain related to a 2018 assassination attempt. The ex-president told CNN’s Portuguese-language affiliate in Brazil on Tuesday that he would push up his return home, originally scheduled for late January.

“I came to spend some time away with my family, but these weren’t calm days,” he said. “First, there was this sad episode in Brazil and then my hospitalization.”

In the meantime, Brazilian authorities have pledged to investigate what led to last weekend’s attack on the country’s capital and seek accountability for anyone who helped the rioters.

Justice Minister Flavio Dino said around 50 arrest warrants have been issued for people who had been involved in the riot but not caught at the scene and for others not present but accused of organizing the attack.

Two former senior government officials, including a close ally of Bolsonaro, were among those named in the arrest warrants on Tuesday.

Anderson Torres, who used to be Bolsonaro’s justice minister and more recently served as security chief in the capital, was sacked after the riot. Moraes of the Supreme Court called his failure to act “potentially criminal”.

Moraes also issued an arrest warrant for Fabio Augusto, who led the military police in Brasilia and was also removed from his job after Sunday’s violence. News reports said he is in custody.

“Brazilian democracy will not be struck, much less destroyed, by terrorist criminals,” the judge wrote in his decision.

The police have arrested more than 1,500 people so far but said on Tuesday that 599 people were released on humanitarian grounds, “mostly old people, people with health problems, the homeless and mothers with children”.

Most of the arrests took place on Monday as hundreds of police officers and soldiers cleared a protest camp in Brasilia, where about 3,000 Bolsonaro backers had set up tents.

Police said on Tuesday that 527 people remained detained while others were being processed. Those who were released were taken on buses to a station from where they would be able to return to their home regions.

“Now we’re going to rest and prepare ourselves for another battle because if they think they will intimidate us, they are very wrong,” Agostinho Ribeiro, a freed Bolsonaro supporter, told the AFP news agency.

Thousands of Brazilians took to the streets this week to demand accountability for the attack, urging the government not to grant amnesty to those involved.

Lula, who previously served as Brazil’s president from 2003 to 2010, was joined by the leaders of the Supreme Court and two chambers of Congress in releasing a joint statement on monday that condemned the “terrorist acts and criminal, coup-mongering vandalism”.