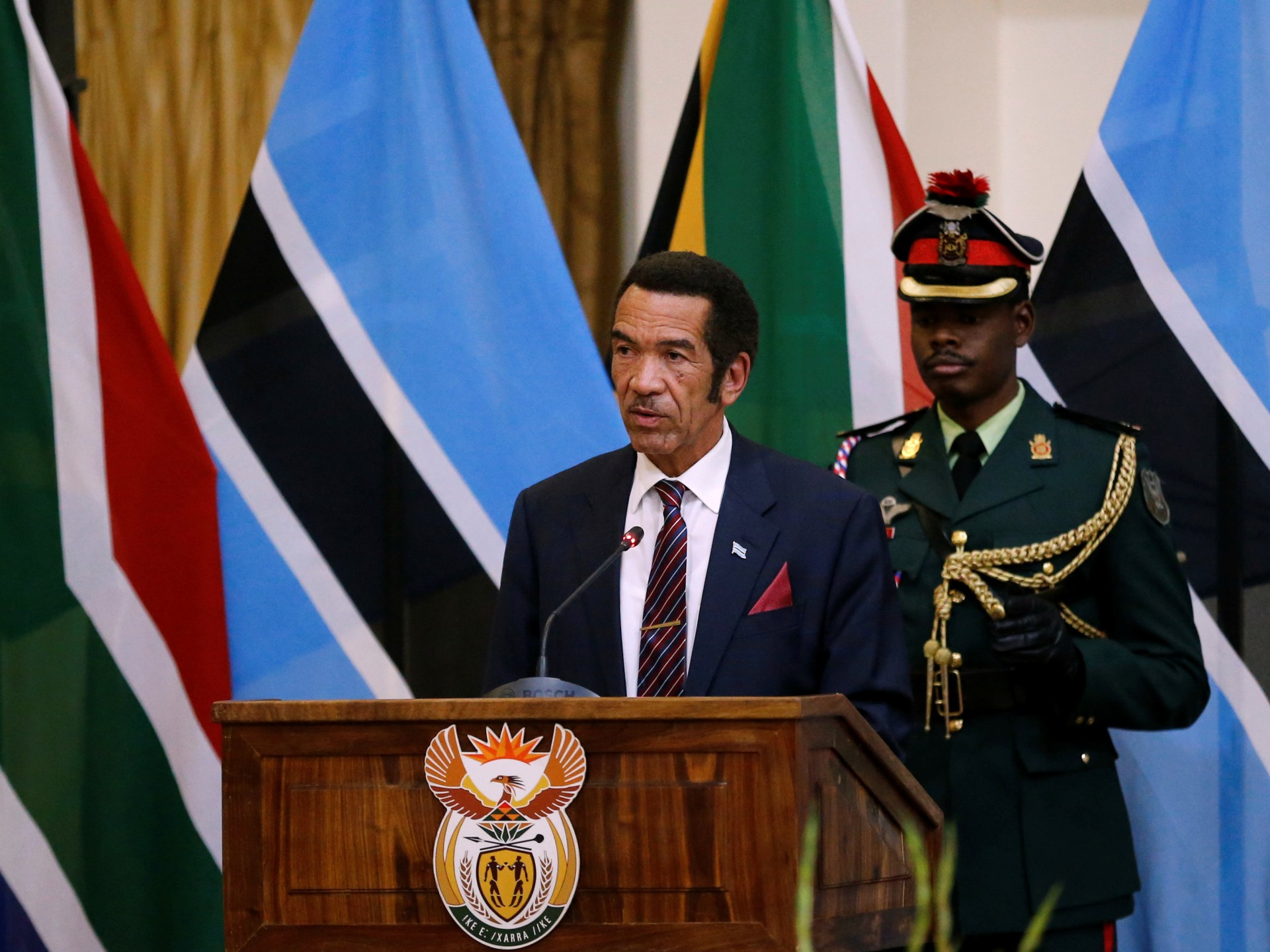 The warrant was issued after the 69-year-old former president failed to turn up in court to answer charges laid against him in April.

Botswana’s former president Ian Khama has filed an urgent court application seeking to strike down an arrest warrant issued against him by a magistrate last week.

Court papers released on Thursday showed that he asked the High Court in the capital Gaborone to set aside the warrant or stay its execution, citing a lack of evidence for his prosecution.

A warrant was issued after the 69-year-old, Botswana’s immediate past president, failed to turn up in court to answer charges laid against him in April.

“The warrant of arrest threatens my right to liberty in circumstances where I have committed no crime … should this warrant of arrest not be stayed or set aside … I would suffer irreparable harm which cannot be compensated for in any form,” he said in the filing to contest the warrant.

Khama, whose late father Seretse was Botswana’s founding president, is in a dispute with his successor, incumbent President Mokgweetsi Masisi which resulted in him quitting the ruling Botswana Democratic Party in 2019.

The former leader has been living in South Africa since November 2021.

His lawyer said Khama is still waiting to be given a date for the hearing. Khama has missed court appearances since he was charged in April, saying he feared for his life in Botswana.

After serving as commander of the Botswana Defense Force, Khama was vice president of the Southern African country from 1998 to 2008 and then became president when Festus Mogae retired.

Since leaving the ruling party, he has backed the Botswana Patriotic Front which broke off from the BDP.