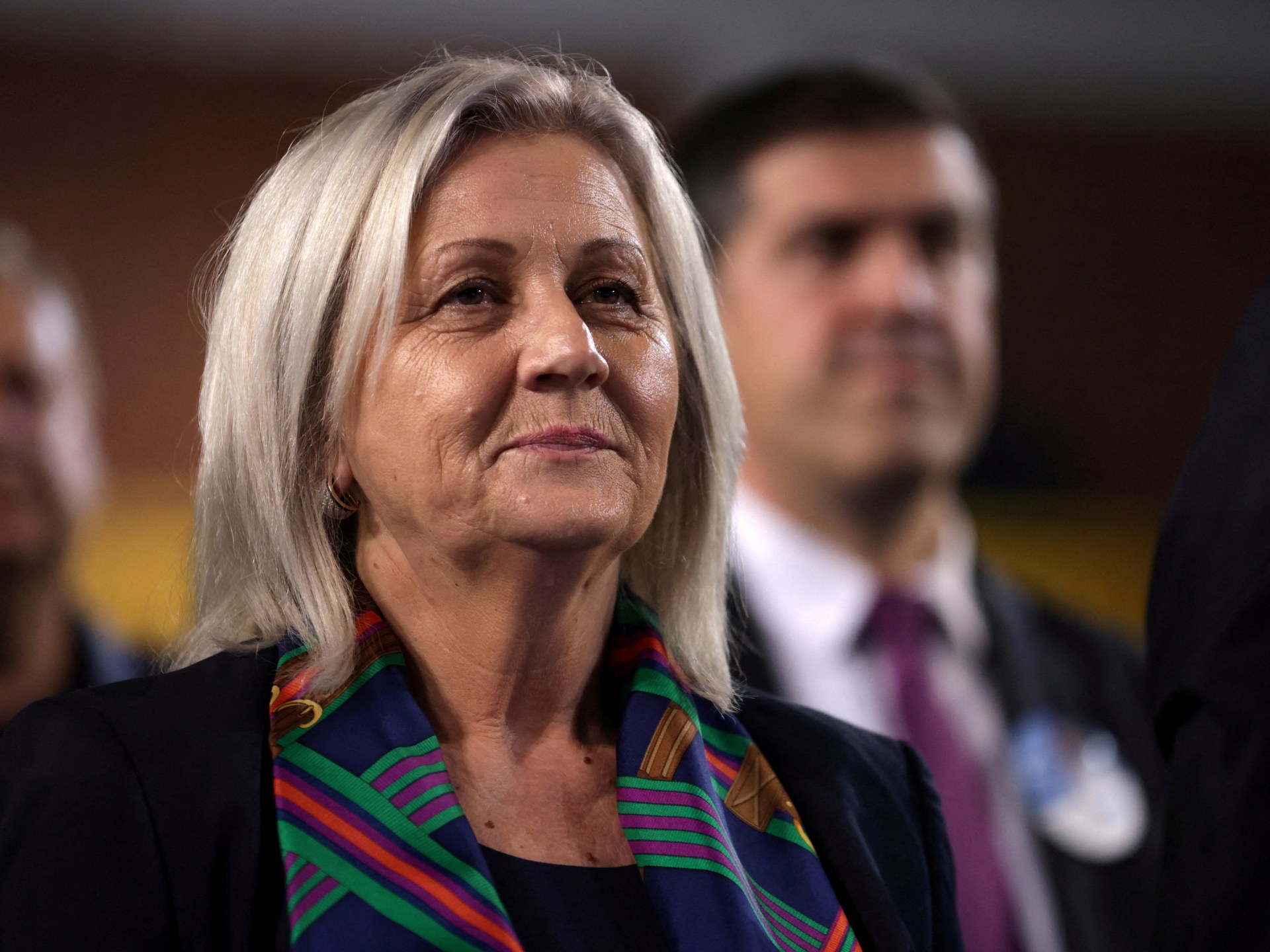 Borjana Kristo is set to form a coalition government that will seek to look past ethnic divides.

A veteran Bosnian Croat politician is set to become the first female prime minister in the Balkan country’s history after receiving an official mandate to form a new government.

Borjana Kristo accepted the role of prime minister-designate on Wednesday, after 23 lawmakers in the 42-seat lower house of Bosnia’s parliament voted to approve the appointment.

Lawmakers from 10 political parties that together won 24 seats during the country’s October election agreed, despite their ideological differences, to endorse a multi-ethnic coalition government.

Kristo, who held various legislative and executive posts during nearly 30 years in politics, now has 35 days to form a cabinet. Lawmakers must approve her picks before the new government takes office.

As per constitutional mandate, the government will include representatives of the country’s three main ethnic groups – Bosniaks, Croats and Serbs.

For the first time in more than 10 years, the governing majority excludes the main Bosniak nationalist party, the SDA.

The long-entrenched Croat and Serb nationalist parties, Kristo’s HDZ and SNSD, led by staunchly pro-Russian Serb politician Milorad Dodik, respectively, will be part of the coalition.

However, as part of the coalition agreement, the latter two pledged to focus on bread-and-butter issues rather than stoking the ethnic tensions never far from the surface since the end of Bosnia’s brutal 1992–95 interethnic war.

In her address to lawmakers before the vote, Kristo pledged to focus on a host of economic and political reforms the country must implement to reach its stated goal of joining the European Union.

While Bosnia first expressed a desire to join the EU in 2003, the country’s ethnic leaders have so far proven unwilling to overcome their differences and implement the necessary reforms.

With the war in Ukraine serving as an accelerator for the EU enlargement process, the 27-nation bloc added Bosnian this month to its list of official membership candidates, despite continuing criticism of the way the country is run.

Kristo said the EU’s action presented an opportunity Bosnia “must use”.

“We must show strength to put behind the conflicts that divide us and use challenges that await us as motivation for mutual respect, cohesion and uncompromising work for the benefit of all our people,” regardless of their ethnicity, she said.

The nationalist and separatist rhetoric has been increasing in Bosnia this year, jeopardizing the stability and even the integrity of the country.

An ethnically rooted armed conflict killed more than 100,000 people between 1992 and 1995 and left millions homeless.

elections on October 2 fueled fear of a renewed bout of hostilities, at a time when Russia’s invasion of Ukraine bolstered concerns that Moscow might try to stoke tensions to hit back at NATO.

Bosnian Serb political leader Milorad Dodik was declared the winner of the presidency of Bosnia’s Serb entity, following a recount after the opposition cried foul.