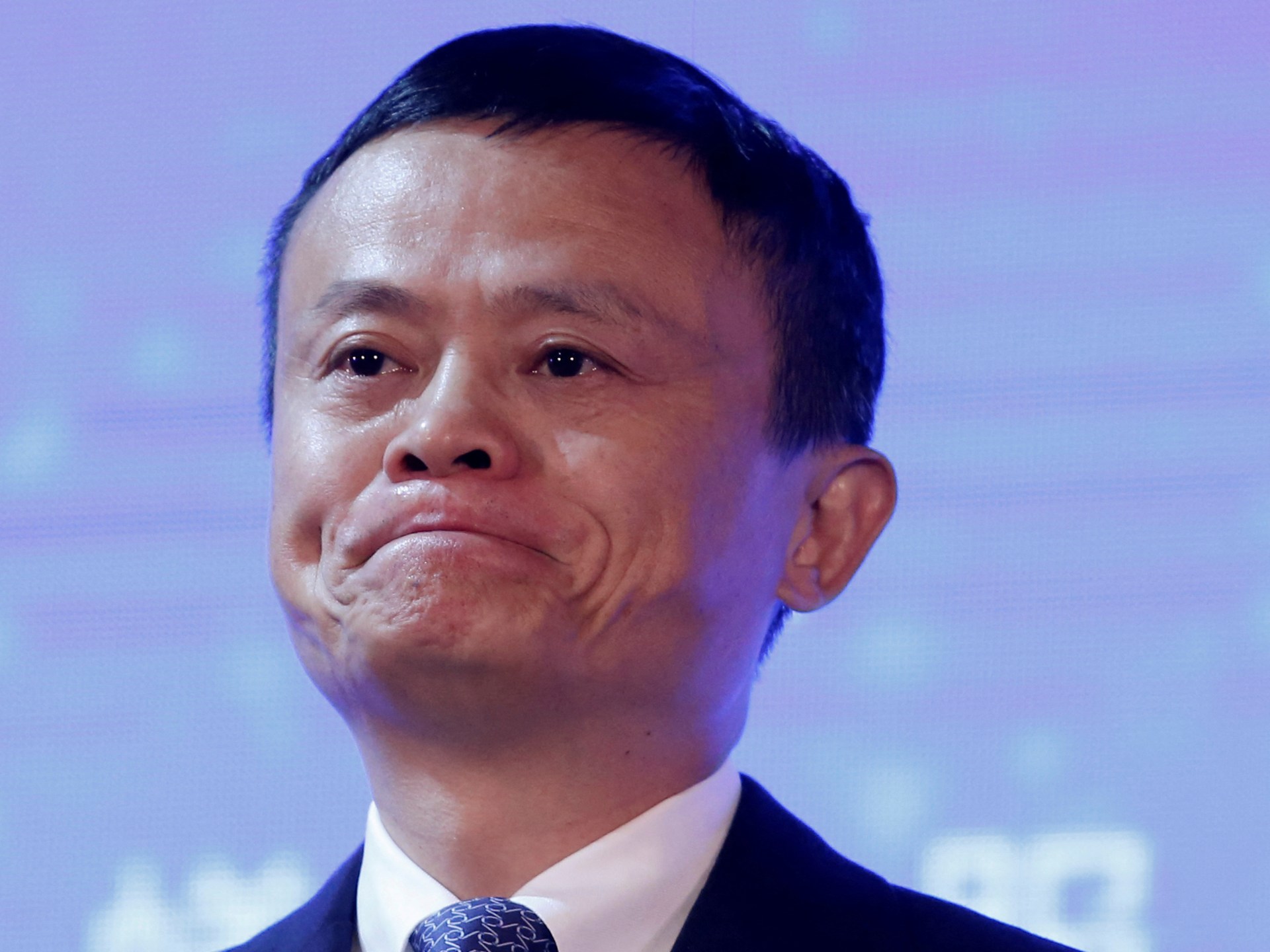 Chinese business magnate Jack Ma will cede control of fintech giant Ant Group after a Communist Party crack down on the nation’s tech sector that targeted the billionaire.

The company said in a statement on Saturday it was adjusting its ownership structure so that “no shareholder, alone or jointly with other parties, will have control over Ant Group”.

In November 2020, Ant’s $37bn initial public offering (IPO), which would have been the world’s largest, was canceled at the last minute, It led to a forced restructuring of the financial technology firm and speculation the Chinese billionaire would have to cede control.

Ma indirectly controlled 53.46 percent of Ant Group’s shares, making him the company’s “control person”. But now he will hold just 6.2 percent of the voting rights following the adjustment, according to the information in the statement.

“The adjustment is being implemented to further enhance the stability of our corporate structure and sustainability of our long-term development,” the Ant statement said.

Ten individuals – including the founder, management and staff – will “exercise their voting rights independently”, it said.

Collier explained that Ma is a “well-funded, very popular billionaire who controls two large companies” and that he has started to compete with some state-owned banks in China which are “the backbone of the economy”.

“For those two reasons, they thought he was a threat and they are cutting him down in size.”

Ant operates Alipay, the world’s largest digital payments platform, which boasts hundreds of millions of monthly users in China and beyond.

Ma’s ceding of control comes as Ant is nearing the completion of its two-year regulatory-driven restructuring, with Chinese authorities poised to impose a fine of more than $1bn on the firm, Reuters news agency reported in November.

In a speech at a summit in Shanghai, the mercurial tycoon said banks operated with a “pawnshop” mentality and accused financial watchdogs of stifling growth.

The expected penalty is part of Beijing’s sweeping crackdown on the country’s technology titans over the past two years which have sliced ​​hundreds of billions of dollars off their values ​​and shrunk revenues and profits.

But Chinese authorities have in recent months softened their tone on the tech crackdown amid efforts to bolster a $17 trillion economy that has been badly hurt by the COVID-19 pandemic.

“With the Chinese economy in a very febrile state, the government is looking to signal its commitment to growth, and the tech, private sectors are key to that as we know,” said Duncan Clark, chairman of investment advisory firm BDA China.

“At least Ant investors can [now] have some timetable for an exit after a long period of uncertainty,” said Clark, who is also an author of a book on Alibaba and Ma.

However, in a sign that the official grip may now be loosening, authorities said last month Ant had won approval to raise 10.5 billion yuan ($1.5bn) for its consumer finance arm.

News of the approval sent shares in Alibaba soaring almost 9 percent in Hong Kong trading, while other tech firms were also boosted on hopes the sector crackdown could be easing.

Alibaba’s latest earnings data in November showed a loss of 20.6 billion yuan ($3bn) for the third quarter. The company did not release full sales figures for its Singles’ Day shopping bonanza in 2022 for the first time.

I have maintained a lower profile since Ant’s failed IPO, punctuated by appearances at charity events and occasional sojourns overseas.